Hanging WS2812 strips from a tree like glowing icicles. A few modes for fun.

Assembling one on the bench and testing it is one thing; making 30 requires a lot of careful planning and repetitive steps.

The PCBA part was easy. I laser cut a stencil, populated a bunch of boards (it was only 3 components per board!) and did a quick job on the hot plate. 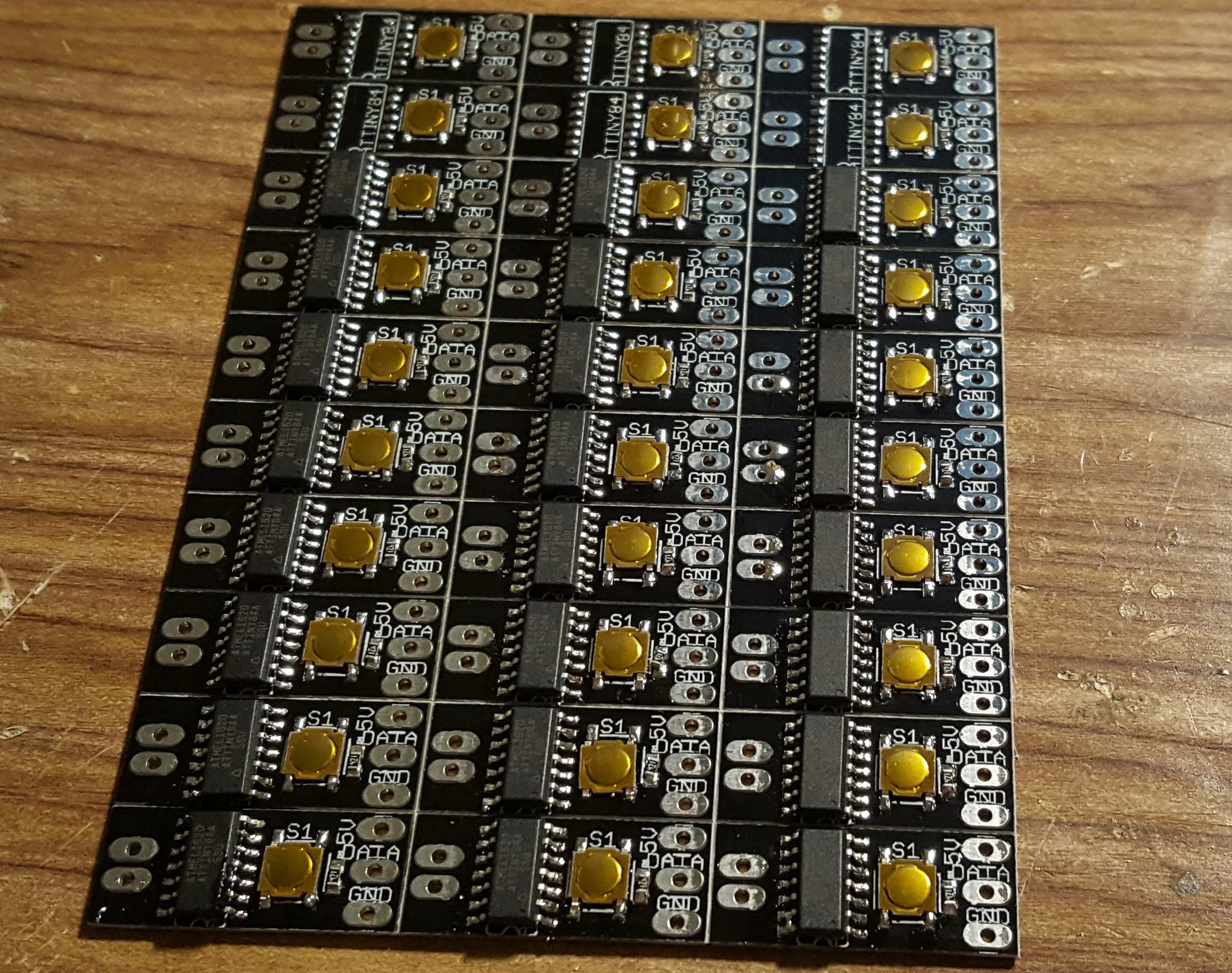 The LED strips come with the silicone sleeve on it. I needed to remove the sleeve so I could cut the strips and the sleeves to different lengths (to allow for the PCB to fit into the sleeve. This leaves a little bit of extra LEDs at the end that don't have a sleeve. Since I'm doing 20 LEDs per icicle, and the strings come in sets of 150 LEDs, that's 7 icicles plus 10 LEDs left over anyway, so it works out ok.

Removing the sleeve was a challenge until I discovered an easy way to do it. The friction was very high between the LEDs and the silicone, but if I unwound the whole roll and had someone hold the LEDs on one end and I pulled the sleeve from 5M away, it all slid out very quickly and easily. After cutting, I used silicone sealant to seal the bottom 1/4" of the sleeve. It turns out that there are already caps available to purchase that would have made this significantly easier. Oh well. 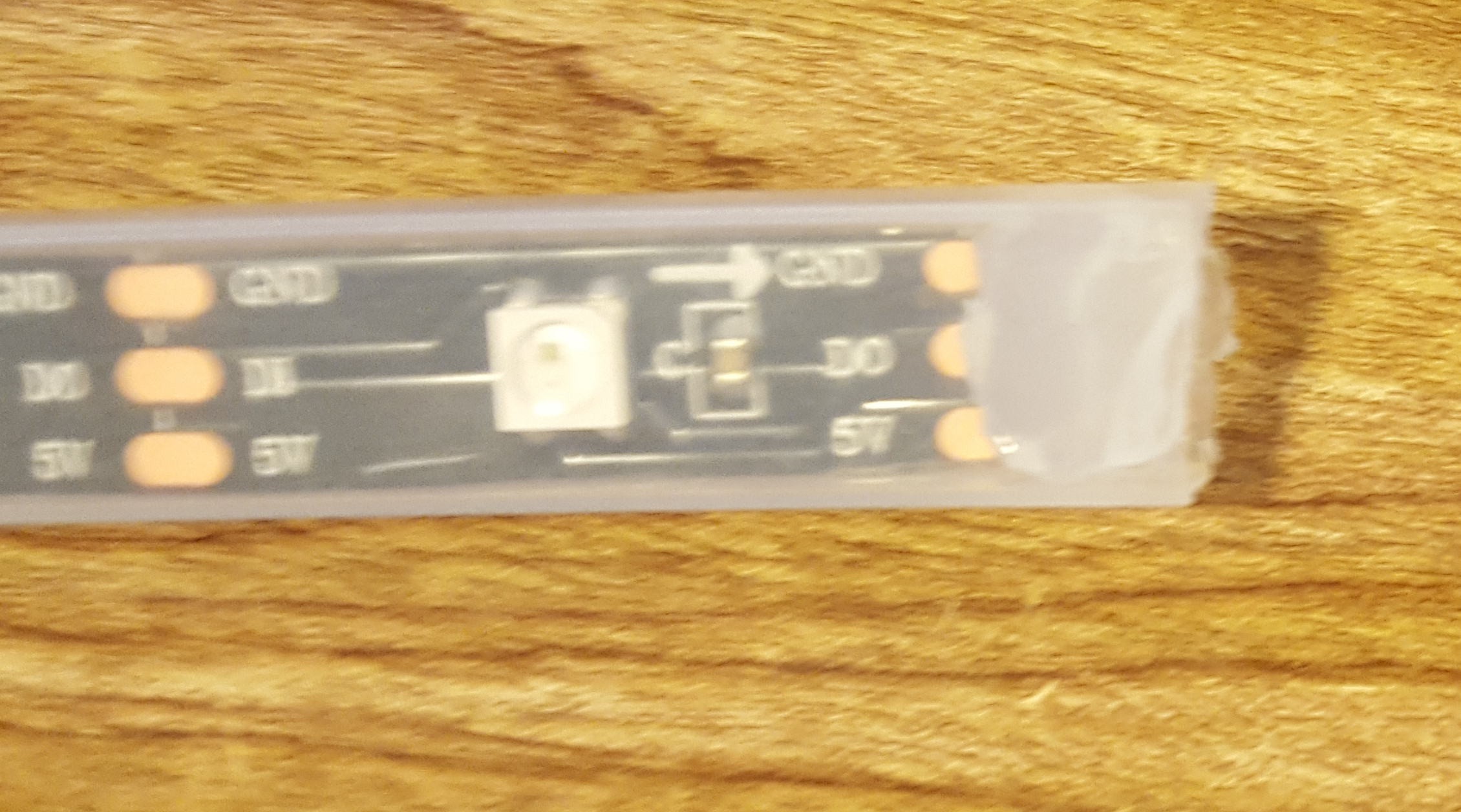 Next I soldered the PCB to the LED strips, and then two connectors to the PCB. For the string I decided that instead of a single cable that was tapped every few feet I'd make a bunch of discrete units, with one short connector and its mating connector at the end of a 6' cable. This way I could string them all along easily and they could be combined into any length.

Attaching the connector end to the cable was a little messy. I used some brush-on electrical tape, then when that dried I wrapped regular electrical tape. It had to be mechanically secure, as there would be tugging going on (especially when setting up and taking down the strands). I set up a small assembly line for this. 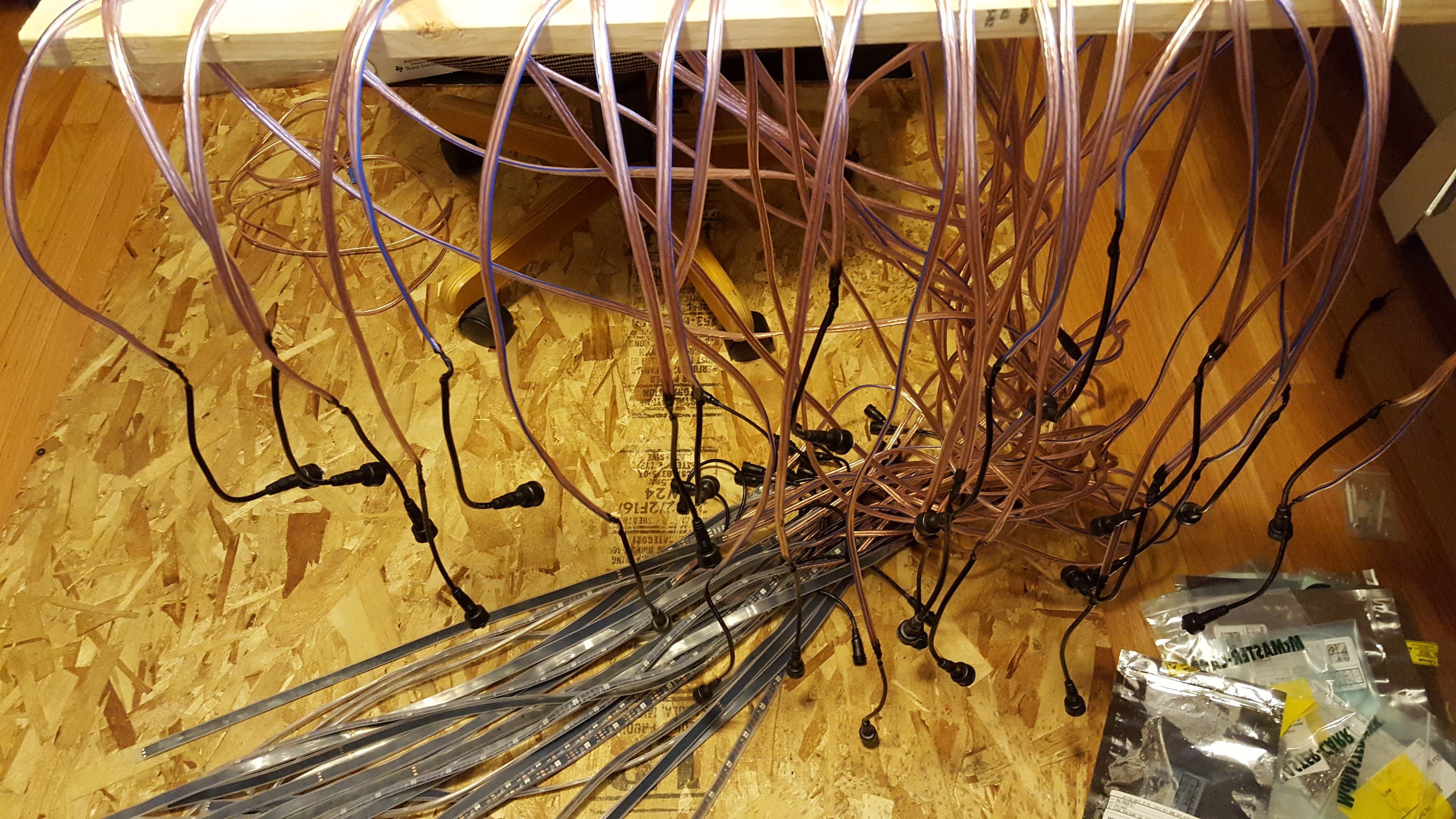 Here are the first 10 ready for installation in a tree. 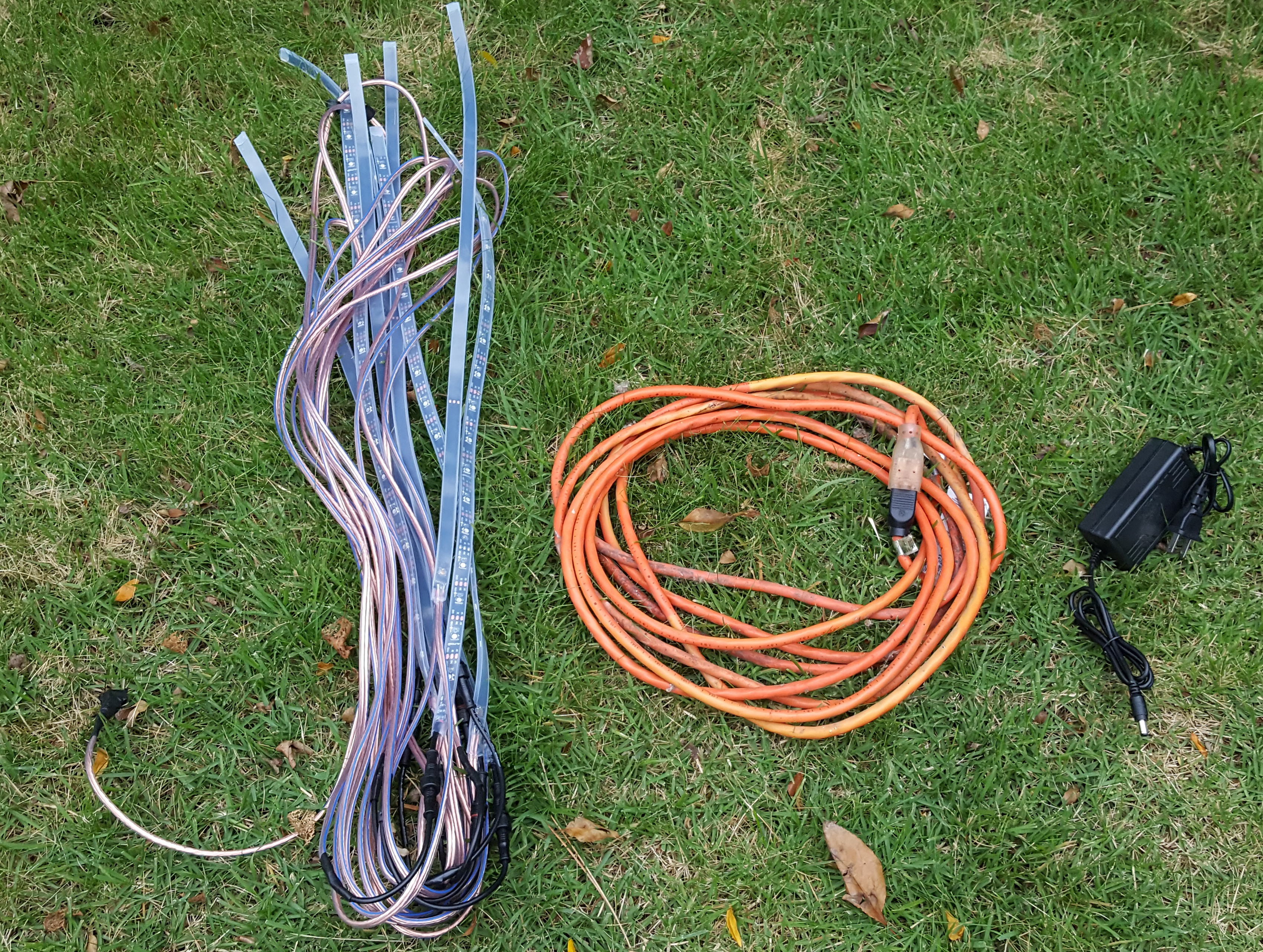