The manufacturer sells the ferrite capsules in batch, without further classification. This test will show how individual ferrite capsules, pressed into mouthpieces differ in their performance.

Five similar mouthpieces with ferrite capsules pressed into them are tested.
In a tank placed on higher level than the device, 250 ml of tap water are stored. Static pressure from the level distance h forces the 250ml through the mouthpiece, the attached sensor unit counts the pulses. The pulse count is noted, the counter set to zero and the process is repeated. In the repetition, the height h of the tank is altered randomly between 20-40 cm to vary static pressure and therefore flowing speeds, simulating different drinking behaviors. The volume stayed constant.
This measure was repeated 10 times per mouthpiece (“sensor 1, sensor 2, …”), for five different mouthpieces.
Data is read out via BLE by using a free android app, “BLE UUID Explorer”. 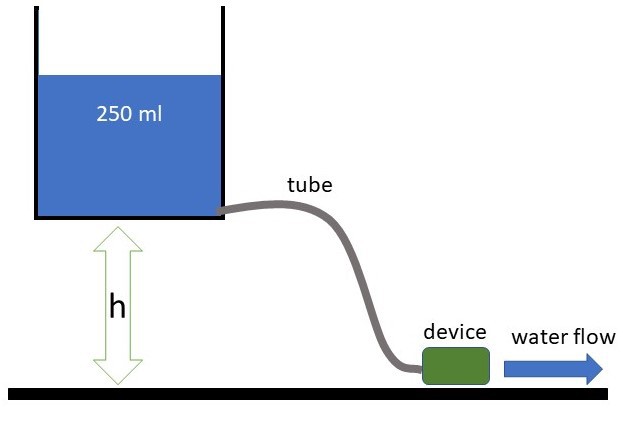 Observing the plotted graph, we see that the individual assemblies of mouthpiece & ferrite (sensor 1, sensor 2, …) give quite consistent readings for the same volume, but different assemblies show a distinct offset. 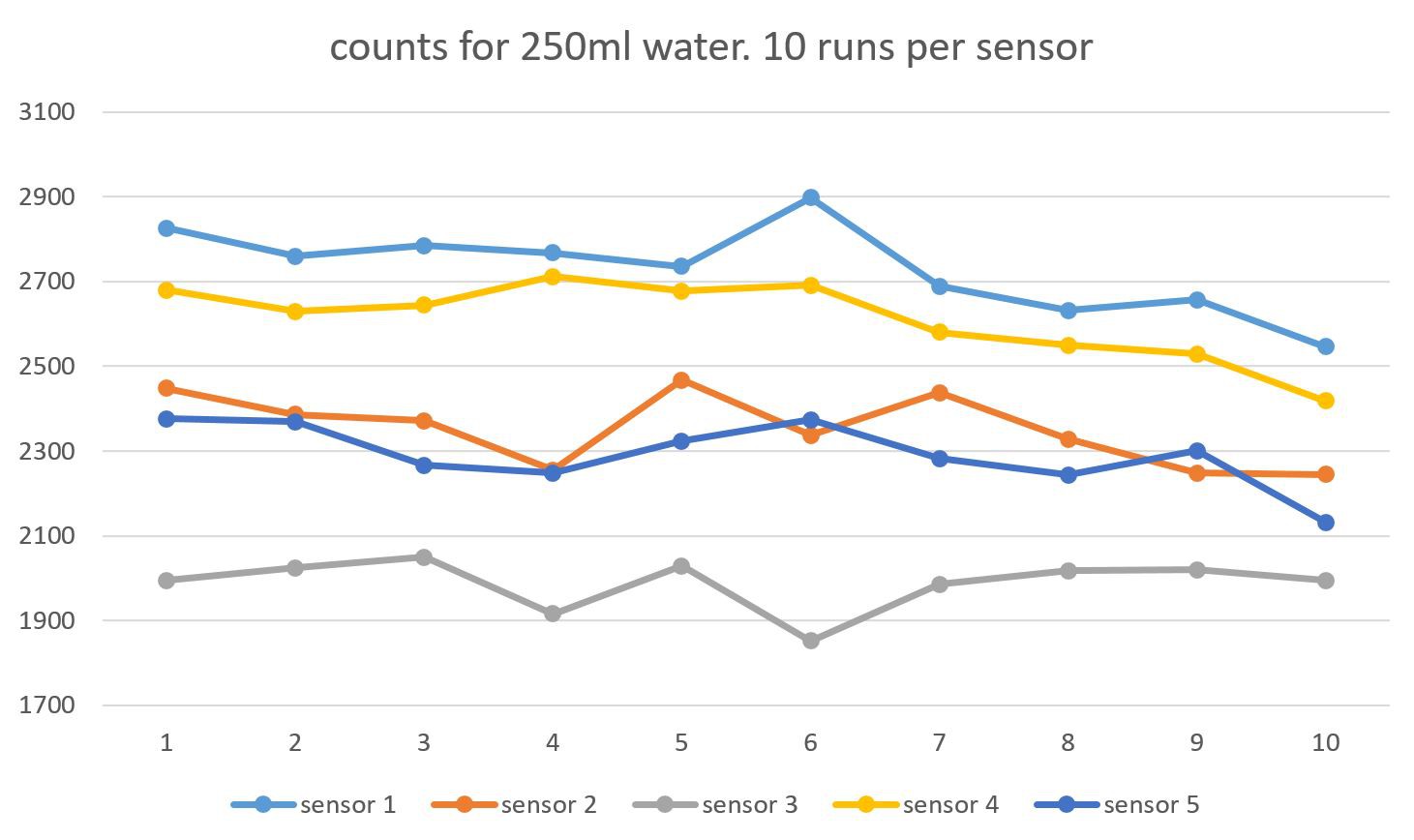 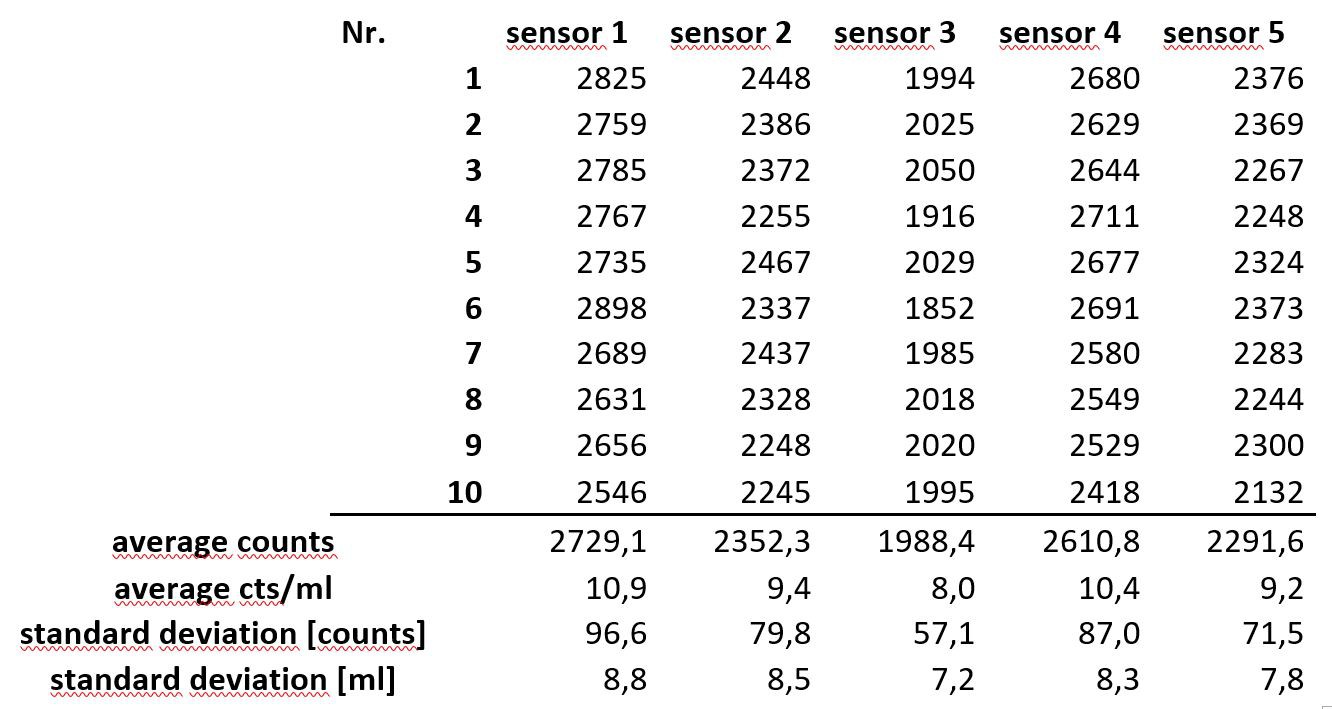 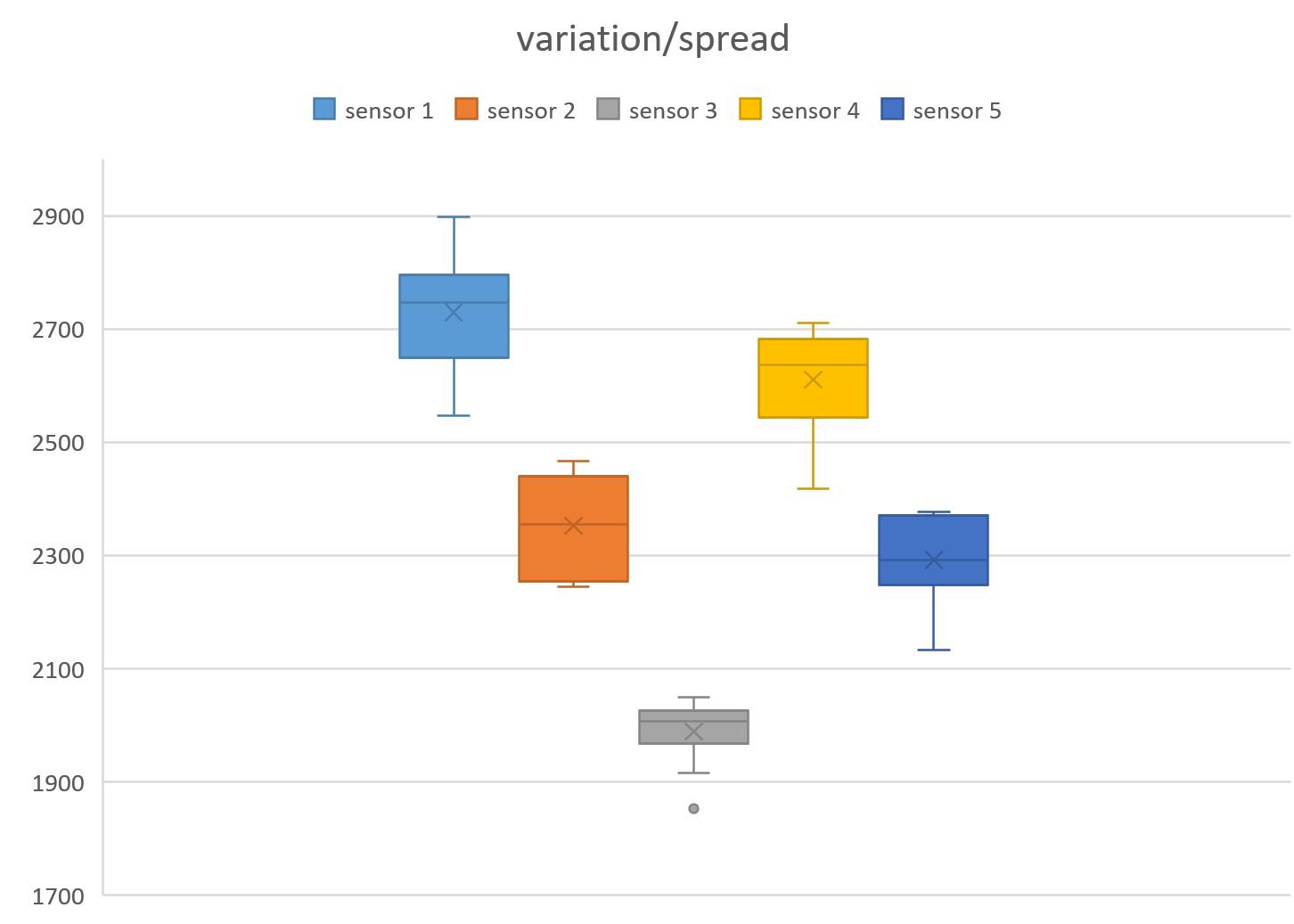 In other words: IF we find the perfect conversion factor between counts and ml for each sensor (= the offset), the error and spread is very low. If we define one average factor for counts to ml for all sensors, the spread is big and the error would be massive.

A solution would be to test each ferrite capsule before pressing it into the mouthpiece and only allow those, which have a conversion factor between couts -> ml within a certain band of tolerance. A standard procedure which can be conducted within a few seconds. E.g. in our test run (see graphic last graphic) we would allow the orange and dark blue ferrite capsule, the turquoise, yellow and grey ones would be rejected or used within another tolerance band.