So far, we have only played with the straw-attached version of the mouthpiece. The “modular architecture” of the device which we defined in earlier build logs allows for much more, though!

Let’s think about which types of drinking containers might be used or are easily adoptable within elderly care. It will be mostly:

Prototyping the latter two with the existing mouthpiece and a bit of hot glue results in two new, usable versions of the mouthpiece! 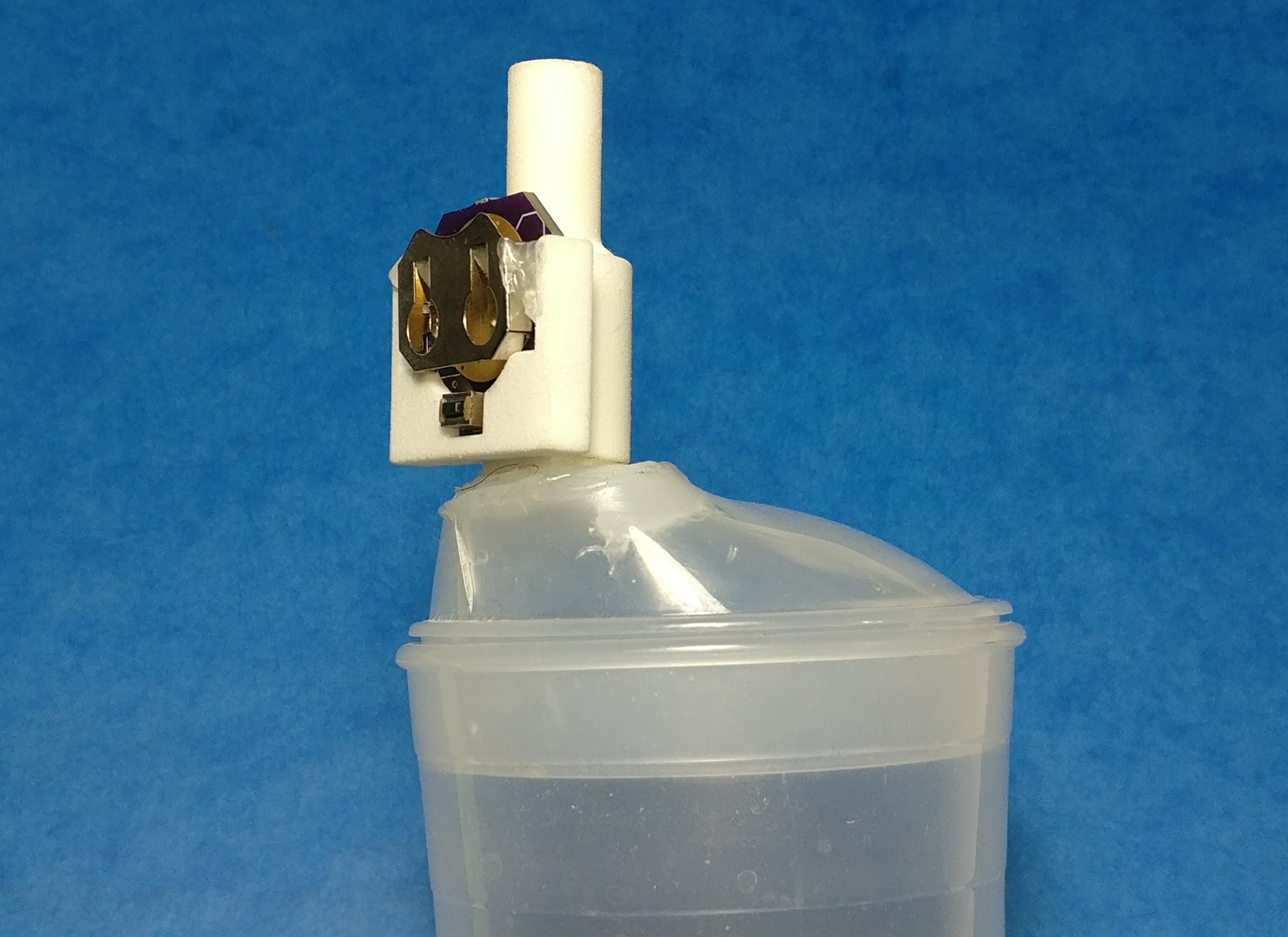 Module hotglued onto a feeding cup lid. Beatification still possible, but it works. 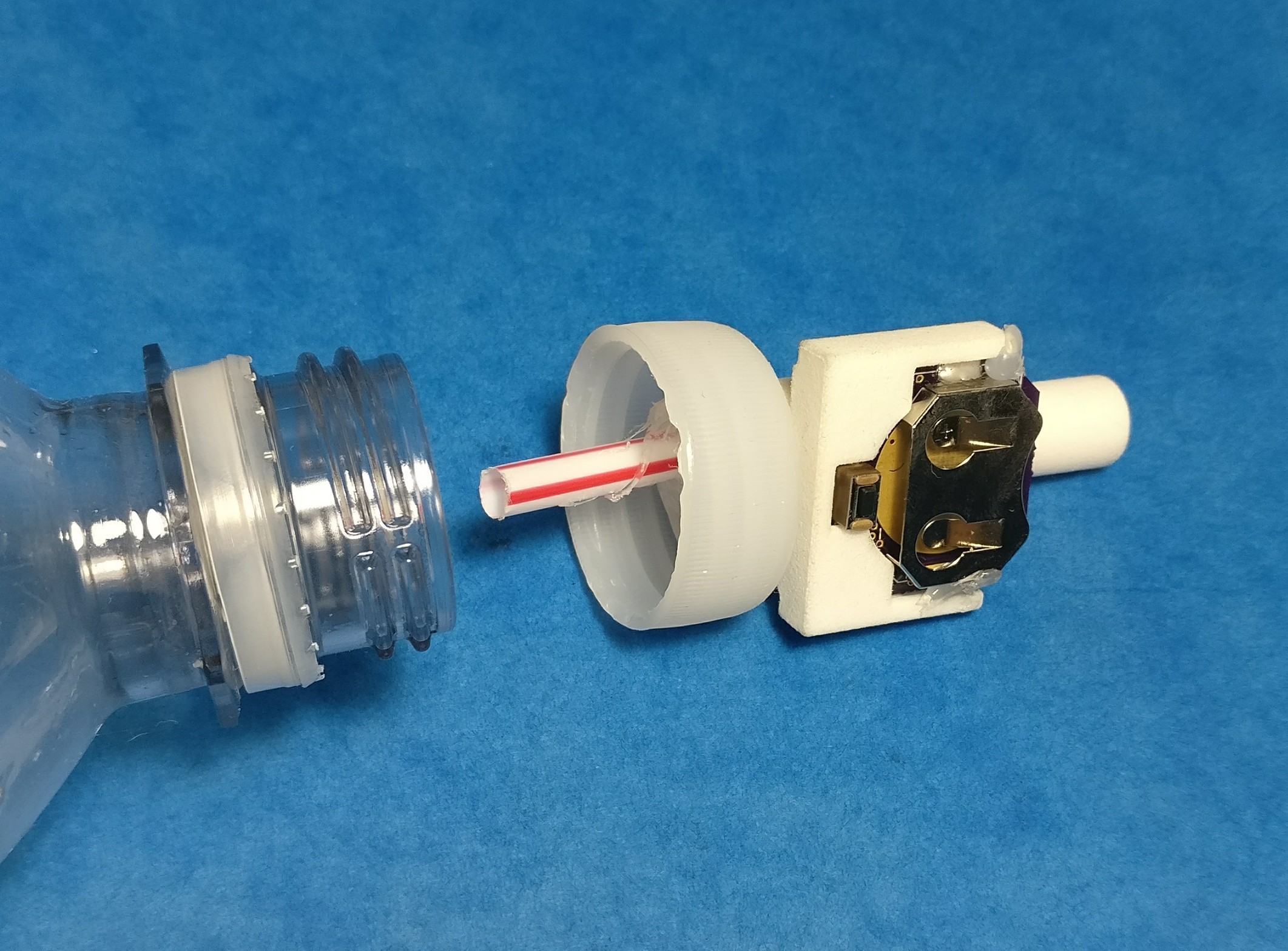 Module hotglued onto an ordinary srew cap. To let air access the bottle when drinking, there is a small hole in the cap. The short piece of straw guides the air a bit into the buttle, so that it isn't sucked out immediatly when drinking.

Haha, good joke. We are not actually injection molding here. Never the less, instead of abusing and hotglueing different parts of plastic, the different mouthpieces COULD be injection molded as one integrated part. The only assembly needed would be to press-fit the ferrite-capsule.

Needless to say, that injection molded parts are wonderful regarding optics, food safety, cleanability, material strength and so on.
I am no CAD guru, but I tried my luck with the feeding cup lid. And voila! it worked (see pic). 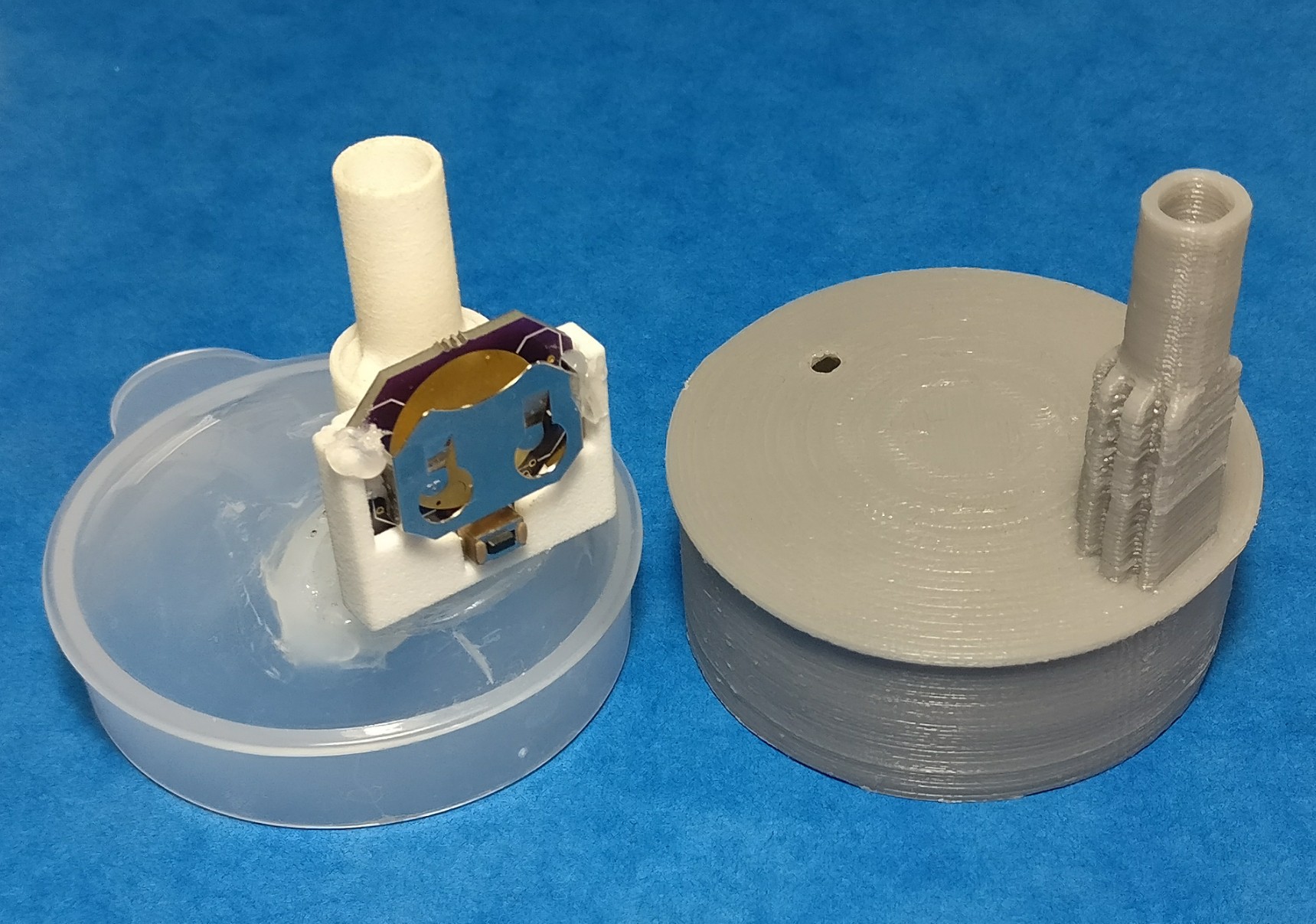