Innovation at the core.

Debrew is a delta-bot making hand brew dripper coffee. Water flow rate, grind coarseness and positions of the two above the filter, is controlled with stepper motors and water temperature is controlled with PID. Since the process of making hand brew is so difficult, the pre-soak/extraction process can be visualized and edited in an online web interface with drag-drop functionality. Support for different profiles/coffe types. Basic UI with possibility of selecting pre-defined profiles (from the web UI). The whole thing is controlled with a BeagleBone Black/Replicape/Manga Screen combo.

I've drawn up a quick sketch of the system design. So the main components are the main board connected to the touch screen display via HDMI. It also uses the USB for the capacitive multi-touch. And then you have your water heater and the grinder. Those grey boxes there are Relays, one is controlled with the "fan" output on the main board and the other is controlled with the "extruder heater" output. The reason for doing that is so the software can be used as is. Both relays could be controlled withe the heater/extruder outputs, but it would require a software hack. Then there are 5 end stops connected to the five stepper motors. The steppers are A, B, C for the columns of the Delta bot and then one stepper for controlling the flow of water and finally one for setting the coarseness of the coffee grinder. Below is a screenshot of the interface for running the brew. 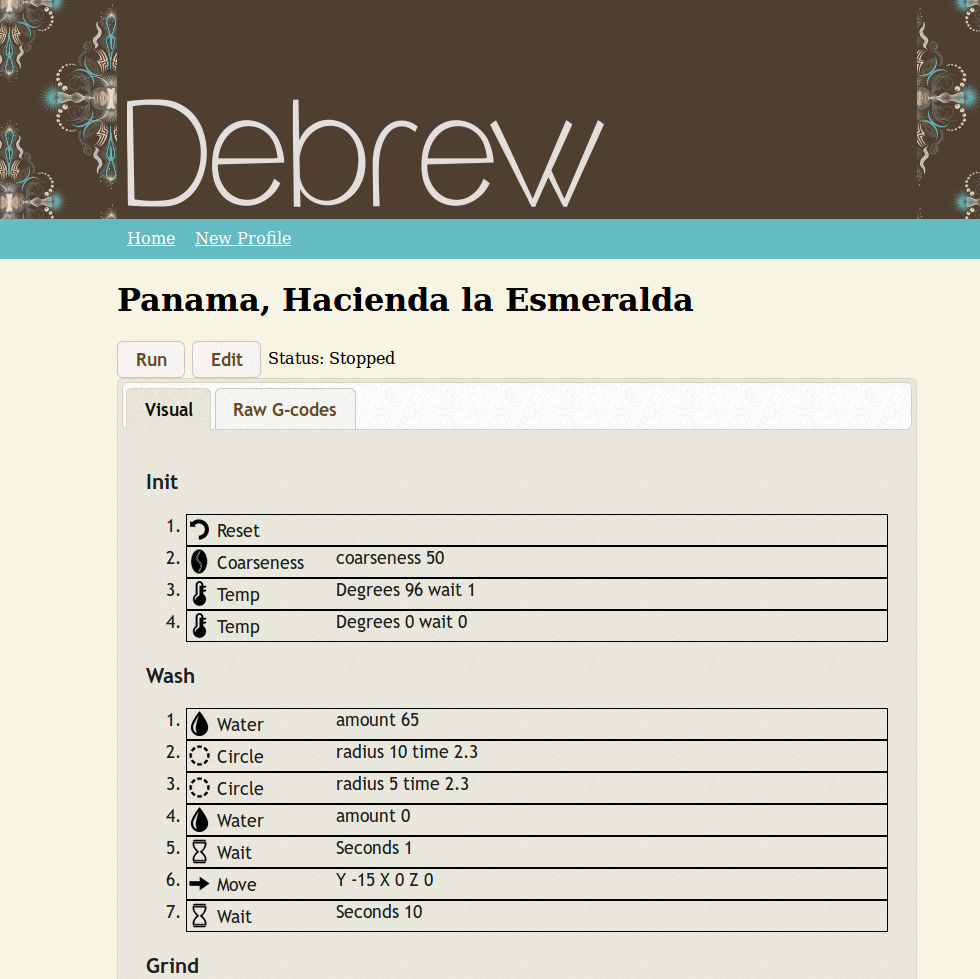 The above profile was created by using the drag-n-drop interface you see below. There is a set of discrete operations that can be combined in separate sections that together make up the final recipe. 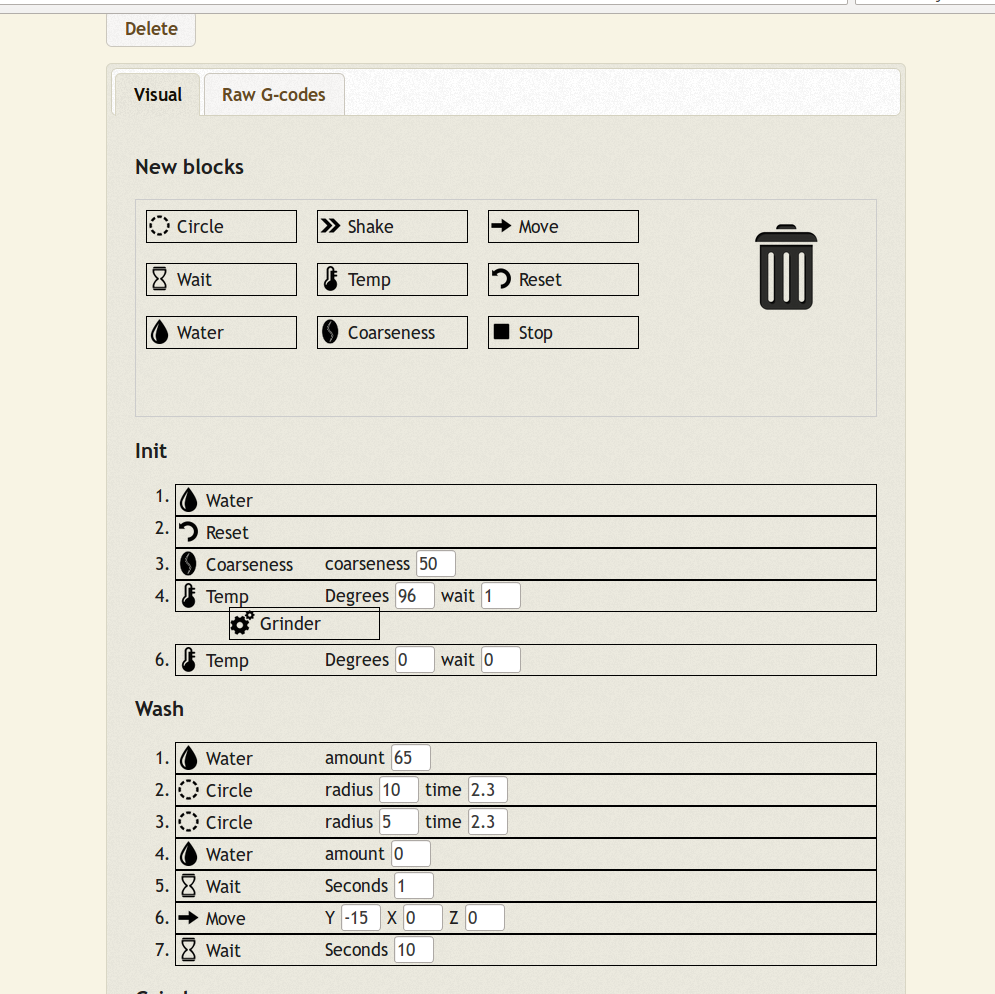 Moley Hackeral wrote 10/09/2014 at 15:15 • point
I would love to see more details of the grinder assembly. Did you hack that together or is it a commercial product?

Elias Bakken wrote 10/09/2014 at 15:18 • point
It is a regular commercial grinder that has been stripped down and automated. It's one of the most sold, I think and goes for about $100. I've added a cogwheel to it so that I can set the coarseness with a stepper motor.

With this project I want to show you how you can make Schlieren-Videography at home. To do so we will use the Moiré-effect.
Project Owner Contributor

Take an old router, configure OpenWRT and add a webcam. You now have an internet connected camera you control.
Project Owner Contributor

All you want to know about KiCAD. Whether you're a starter or a power user, there should be something for everyone here shortly.
Project Owner Contributor