The WiFi capabilities of the new micros as ESP8266 or ESP32 invite to create to build easy to control robots. The aim of this platform is to have a compact sized module, contain all basic functions as a base for a big variety of robot such as tanks, fire truck, line follower, …….. And as particular mechanical parts often are difficult to get it’s all based on 3D printed parts.

The general idea is a LiPo battery on which a driver & a controller module sits, this includes all basic internal sensors. It is screwed into a housing which hosts the sensors needs to “see the surroundings” (proximity) and hold the wheels. On the front, the rear and top are electrical connections and nuts to attach further sensors or actors. Between controller module and housing all connections are plugged which allows the robot to disassemble if it is required. 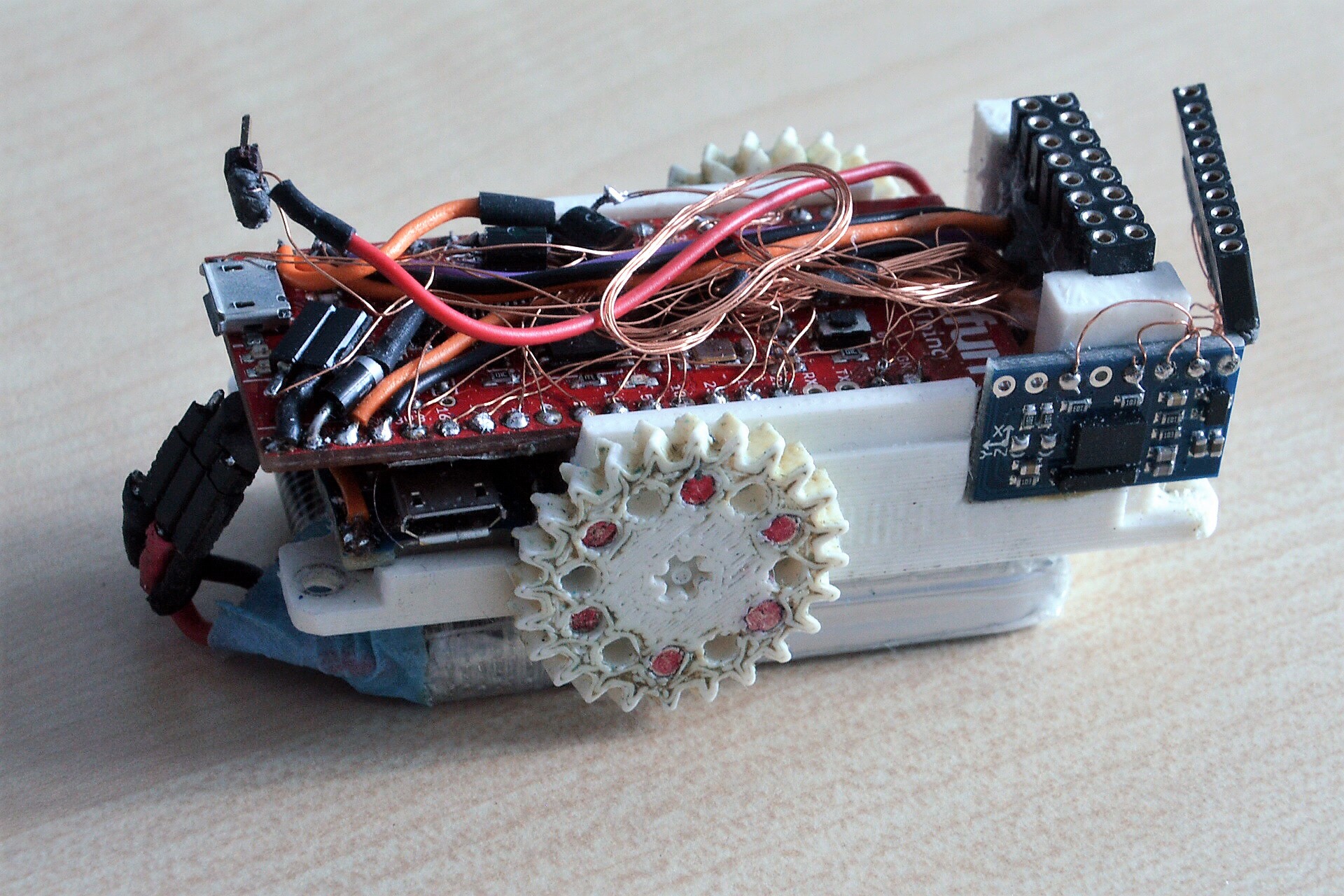 As controller board an ESP32 Thing board is used this can be programmed by the Arduino IDE and allows even OTA updates. It isn’t the cheapest but offers a compact size and includes a LiPo charging capability (Which I managed to blow off by attaching the LiPo in reverse polarity L). As sensors the robot contain a BN0 055 absolute orientation sensor, a rotation encoder for both sides, four proximity sensors in the bottom (line follower, gap detection) and an APDS-9930 proximity sensor in the front to “see” obstacles. Of course a beeper and 2 head light LED’s are not missed either. 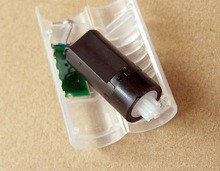 As engines two 714 hollow cup coreless motors with a planetary gear are deployed. With a diameter of 10mm and a length of about 21mm they are small but pretty powerful. They do @ 6V about 300 RMP and provide with a 3:1 transition a reasonable speed to the robot. As the LiPo provides only 3.7V a DC-DC step up converter is also part of the robot in order to enable the motors for its full power.

where did you buy the motors?

I wasn't on this page for pretty long time, so didn't saw your question. I assume it doesn't help you now anymore.

I bought the motors @ AliExpress but as of now I can't find exactly them anymore. look for "Micro Planetary Gear Motor" and you'll find pretty similar ones.

wiring made me puke

My take on a balancing robot because... why not?
Project Owner Contributor

The 2017 Hackaday Prize
An affordable modular platform for open robotics development for hackers. Provides a jump start to build your own robot.
Project Owner Contributor