To assemble the housing is pretty simple except the wiring is a bit demanding. The shell hosts 4 CNY-70 IR proximity sensors, for a line follower or to detect the table edge and 2 LED’s as head light. Those electrical elements need to be connected with 3 connectors. One each for the front and rear proxy’s (both connected to the bottom proxy connector – see wiring diagram) and one for the LED’s. In order to keep the connectors as small as possible they can be made of pin head 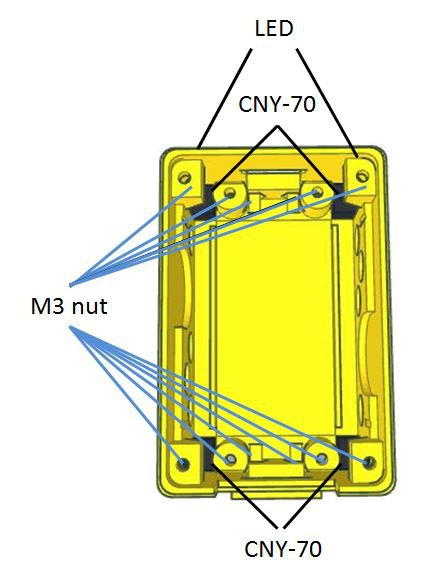 ers and epoxy putty as described earlier while a connector for the LED’s can be placed on the side. All resistors as per the wiring diagram needs to be placed direct on top of the sensors and LEDs. Especially the resistors on top of the CNY-70 needs to be kept as short as possible as they will touch otherwise the screws which holds to top cover. For the connection between the sensors and the connectors very thin wires should be used (e.g. Polyurethane enameled copper wire 0.2 mm) and then carefully be glued to the wall. They should run parallel and not cross each other as there is no space left else. 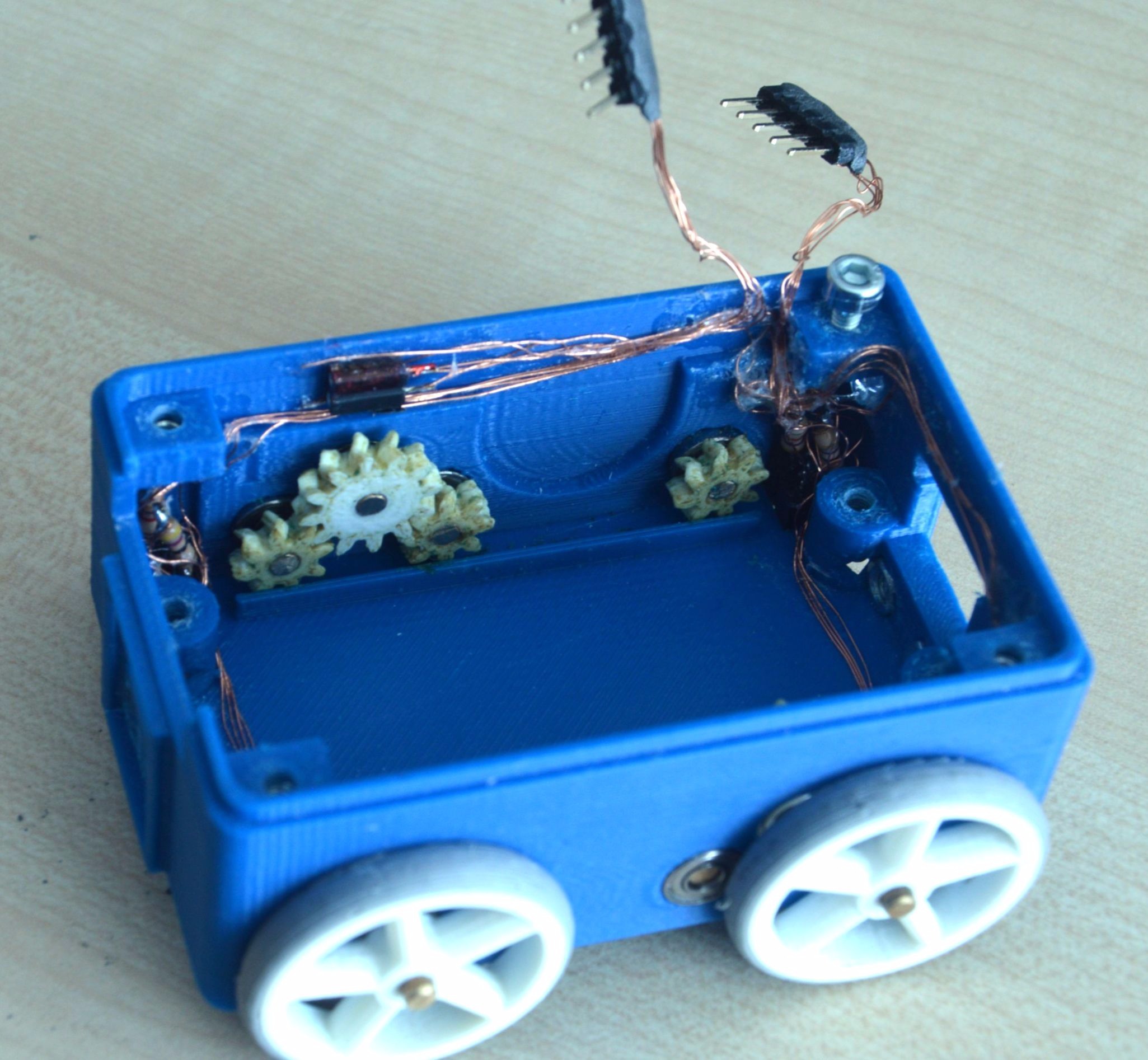