Volt is a Companion Robot

Creating the top half of our robot was a piecemeal process. His initial form was basically two robot arms glued together. 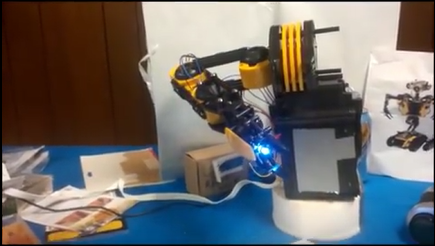 It 'worked', but boy, was he slow!  he was also very small, and after we bought a piece from an industrial arm from Ebay, took the two halves of his old torso and glued them to his new Torso and they  became his shoulders. his new arms are screw-mounted on top of them. 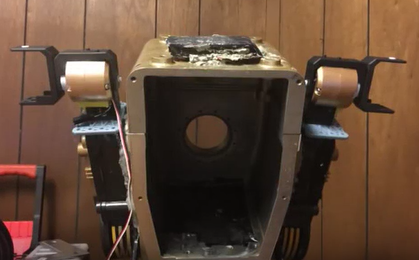