Coming up with the basic design- Concept 2

device that projects a pattern by quickly moving a laser. all mechanical, 3d printed, hand powered

Concept 1 from the previous project log had many limitations that caused me to discard it such as:

The last limitation led me to consider a similar design where gearing causes the cam to also spin in the opposite direction. After investigating a bit, it was clear this design was getting too complicated too quickly

The fact that every part moved in the previous idea led me to consider a machine that had a stationary frame and was hand cranked. At this point it was clear that there needed to be 1 hand crank and 2 cams. I considered several variations including a design that had the crank gear in the center and the cams each connected to it. This used cam rockers to transfer motion from the cams to the butt of the laser. This and several other designs were eventually eliminated in order to reduce the part count for greater simplicity. 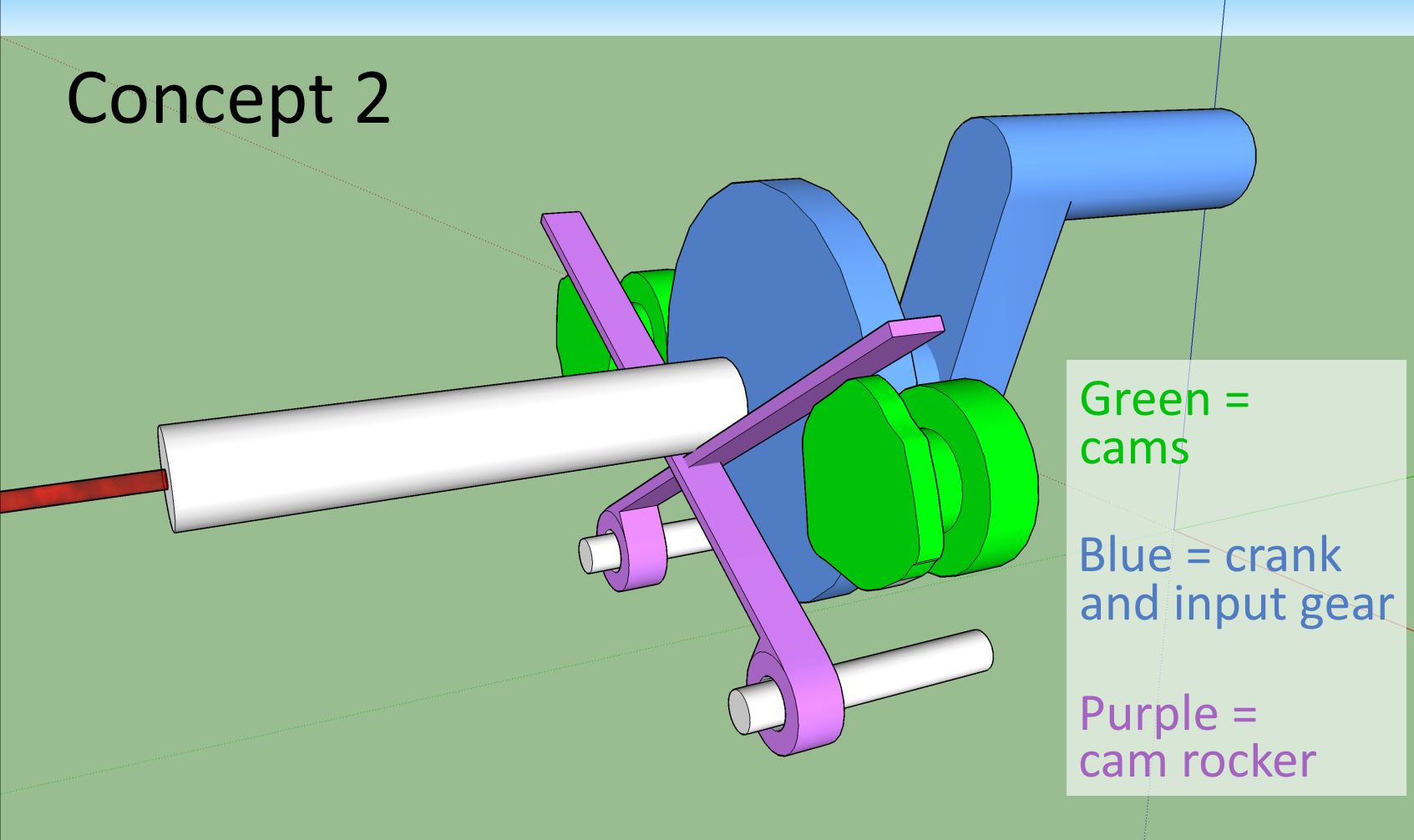 Coming up with the basic design- Concept 1