The thermal cycler we have built is capable of cycling to temperatures close to 100 degrees Celsius, or of holding at one temperature for a prolonged period of time. It has a heated lid, a 16 sample copper thermal block, a screen that displays the temperature, run time, and current cycle, and more. The end price is around $200.

PCR is used in biology to amplify small amounts of DNA to measurable levels. Applications include testing for HIV genes in the blood, amplifying DNA from a crime scene, testing for specific disease alleles, and determining paternity. This device we have built could be used in schools, in low-budget labs such as those in developing countries, and for interest, at home.

Keep in mind that it does not need to be used as a PCR machine. A few modifications and this could be a hot plate, or a set-up for automatic distillation. If you need a variable source of heat for any application, you can modify this device to make it suit your needs.

Check out our demo video here:

The microcontroller also outputs information to the screen. The screen displays information such as run time, number of cycles completed, temperature, and stage in current cycle. There are two buttons: one to start the cycler and a controlled stop. The cycler stops itself when it finishes a user defined number of cycles.

Below you will find the systems design document. 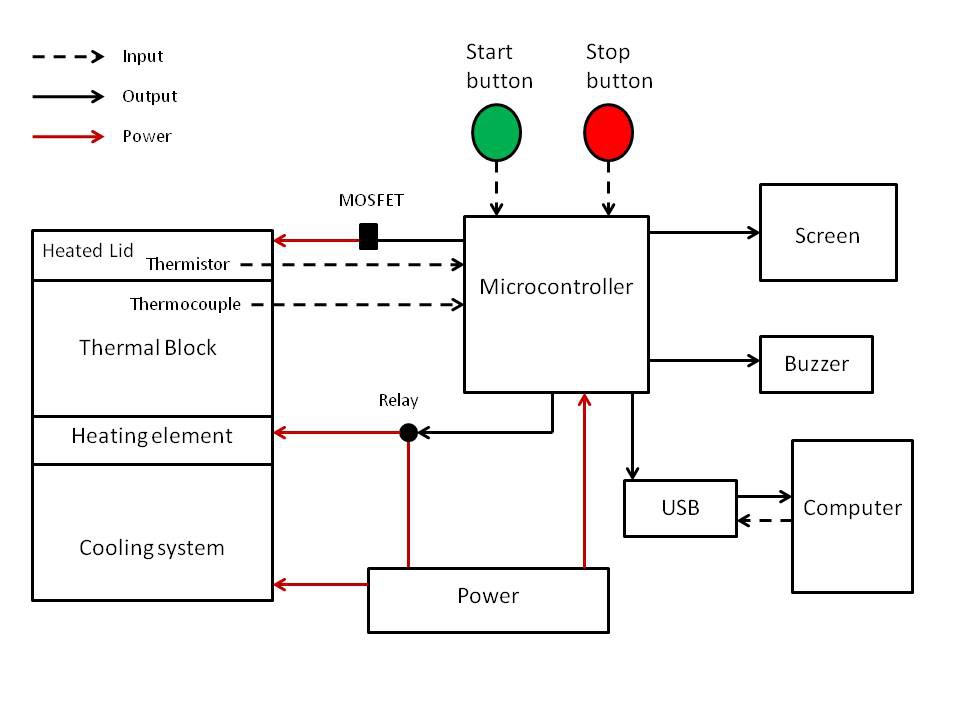 The thermal cycler is powered by a 15V 10A modular power supply. The power runs to two relays which are switched back and forth, depending on whether the Peltier is to be heating or cooling at the time. The power supply also powers the fan and circuit board.

Rather than the one we used, we recommend a power supply more like this one:

It is much safer and the project will be updated as time goes on with this power supply. 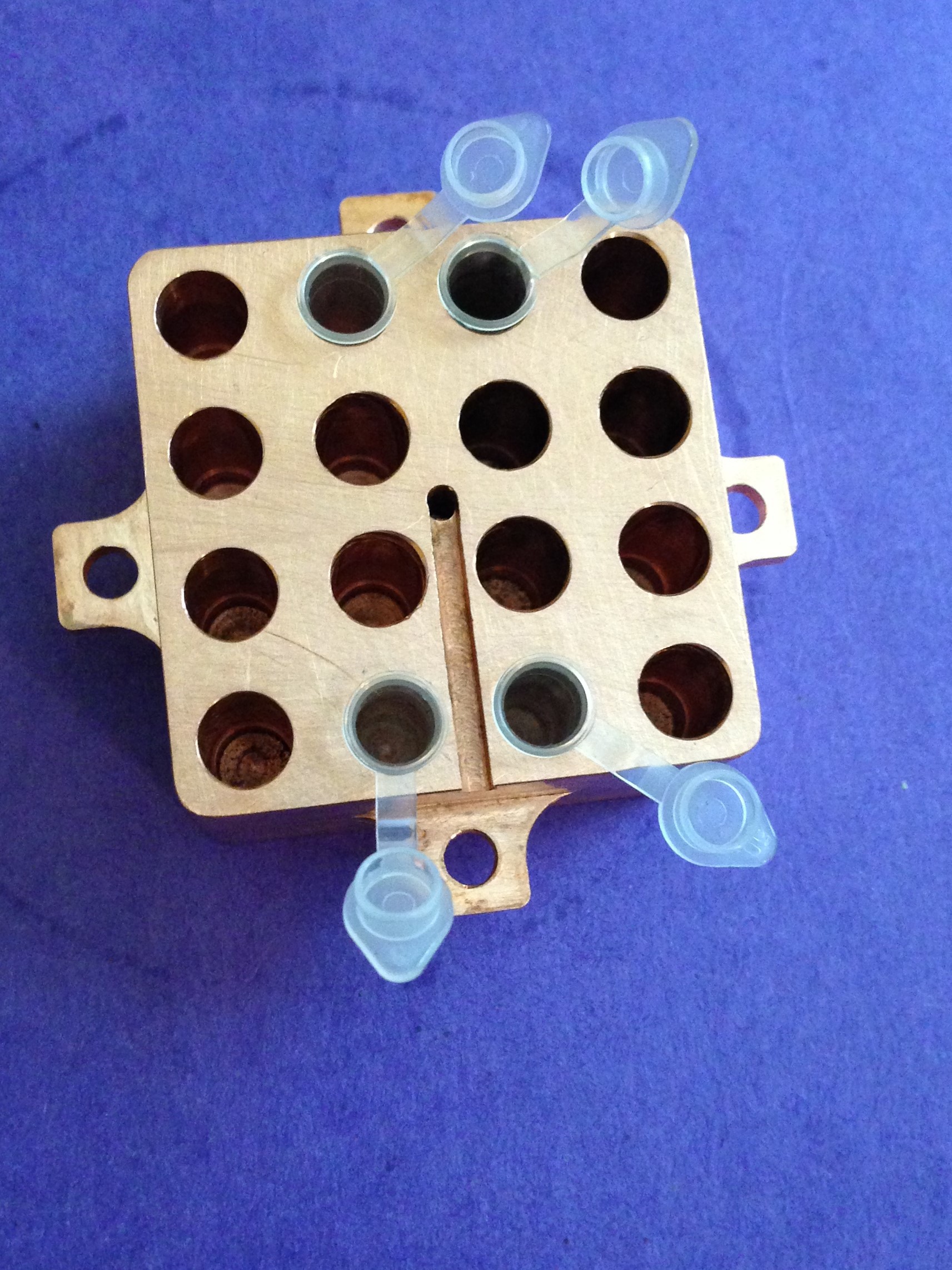 The thermal block in our design is made of copper but one can substitute any metal with high thermal conductivity. The current design ca be improved by reducing the amount of material between the bottom of the wells and the heating element. We intend to modify the design in the future.

The screen is a Nokia 5110/3310 monochrome LCD from Adafruit. The tutorial for setting up the screen can be found here, courtesy of Adafruit: https://learn.adafruit.com/nokia-5110-3310-monochrome-lcd

A picture of the screen in action is below: 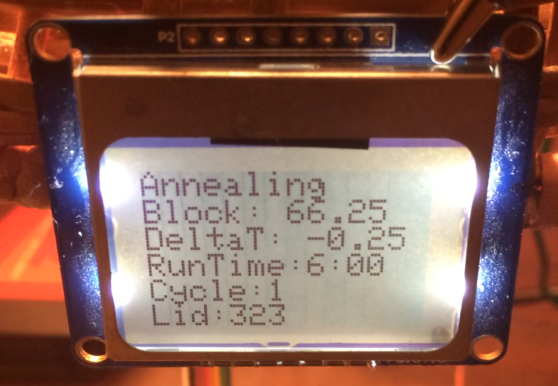 The source code can be found here: https://github.com/opensourcelabsdotca/PCR

Everything was prototyped using an Arduino Uno and a breadboard before being adapted to a PCB controlled by an Atmega 32U4.

The schematic for the circuit board can be found here:

We did all the work in Eagle CAD and sent the board to Itead Studios to be developed. The parts list for the circuit board can be found in the zipped folder in the Dropbox.

I wanted to know K type thermocoupler is preferred than the other ones.

This is really cool! One question though: Where'd you get the heater block?

I'm a student at the University of Western Ontario, and the Western Physics and Astronomy Machine Shop generously donated the copper and machined the block to our specifications.

Make a fan turn on when it reaches a certain temperature.
Project Owner Contributor