Figuring out the matrix

Laptop made out of scrap - Combined with a FairPhone2 a possible step in the journey toward a fair laptop.

Initially, I thought: OK, I'll hack that USB board together, wire up the keyboard, do some basic analysis and then write a project log. That's been some time ago and since the part after hacking the USB board together isn't that easy after all, I decided to split the log in two.

The adapter board, for a start, was a little more work than expected: We have 11+13 wires, slightly separated at the location where they exit the keyboard. Which suggests that we have 11 columns and 13 rows. Makes... 143 keys! Nowhere near that amount of keys is found on the keyboard. And to make it more complicated, while measuring them it seems that among the 11 some are columns and some are rows. 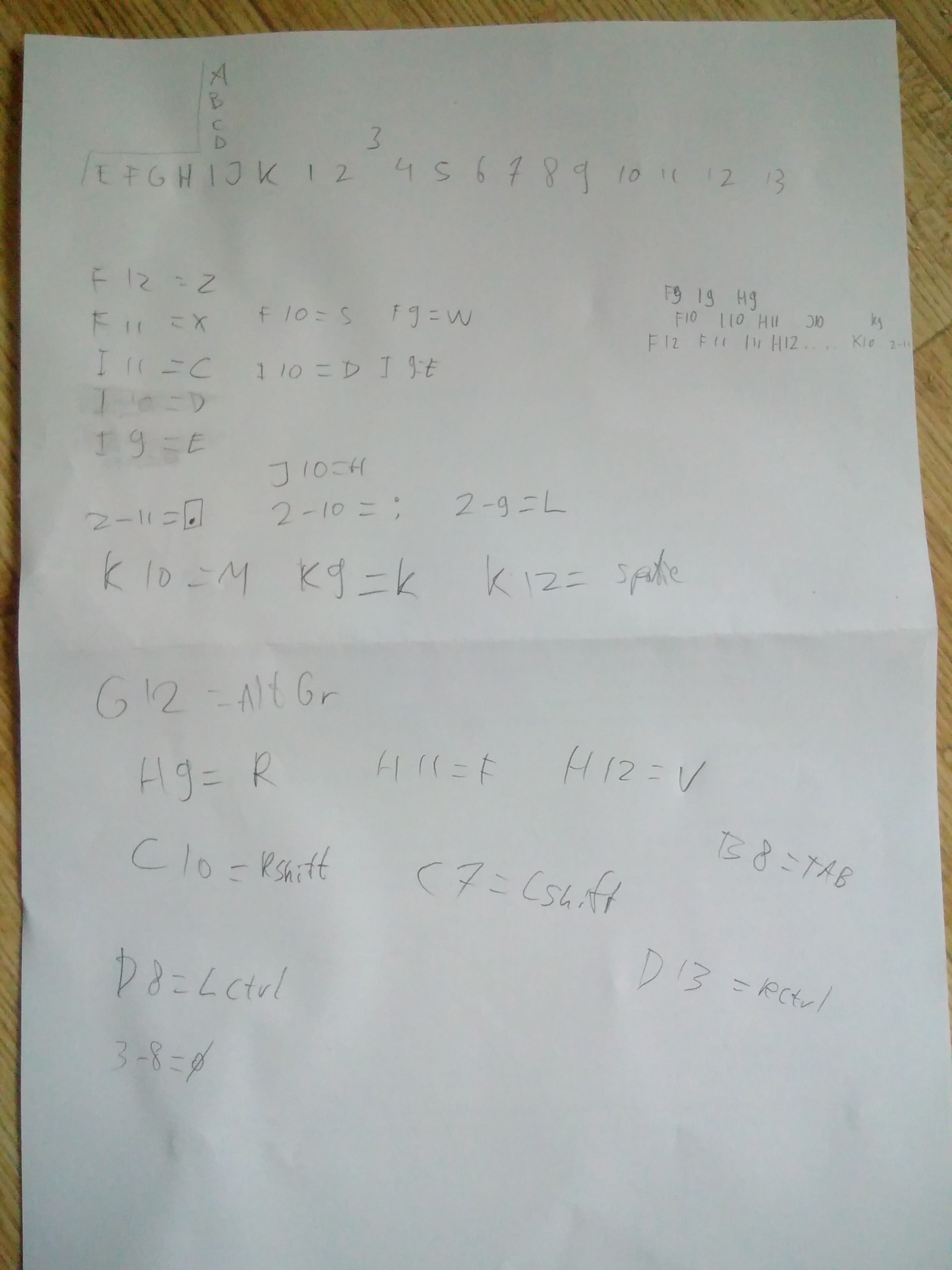 So, well, further work needs to be done...