Laptop made out of scrap - Combined with a FairPhone2 a possible step in the journey toward a fair laptop.

Based on the layout of the flex cable I guessed the rows and columns, giving letters to one, and numbers to the other. I guessed wrong. My measured values were enough basis for a more systematic approach, though about three lines (4-6) I was unsure whether they would be rows or columns.

It is time for 'solving the Sudoku'. Guessing what key could be in what location, and measuring the resistance for several combinations of wires. Rarely the first time right. Most of the time starting with pressing multiple keys at once, and then releasing group by group and one by one revealed a new key. QTP is not only the name of an automated test suite from HP, but also the last three letters that need to be found... After quite some testing, the P was found but the Q and T are still not, and neither is the 3 and the menu key. There might be a problem with the '1' line - but I think this is a good time to connect the microcontroller to scan a little more easily. Or should I first re-check the '1' connections again...

I think I have to choose what lines I like and what lines I don't need. And it looks like lines ACDEG can be conveniently combined into one - probably making it harder to detect Ctrl+Alt+Shift+F1 key combinations correctly, but making it possible in the first place to fit everything in the - oops - not so many uC lines I have available. 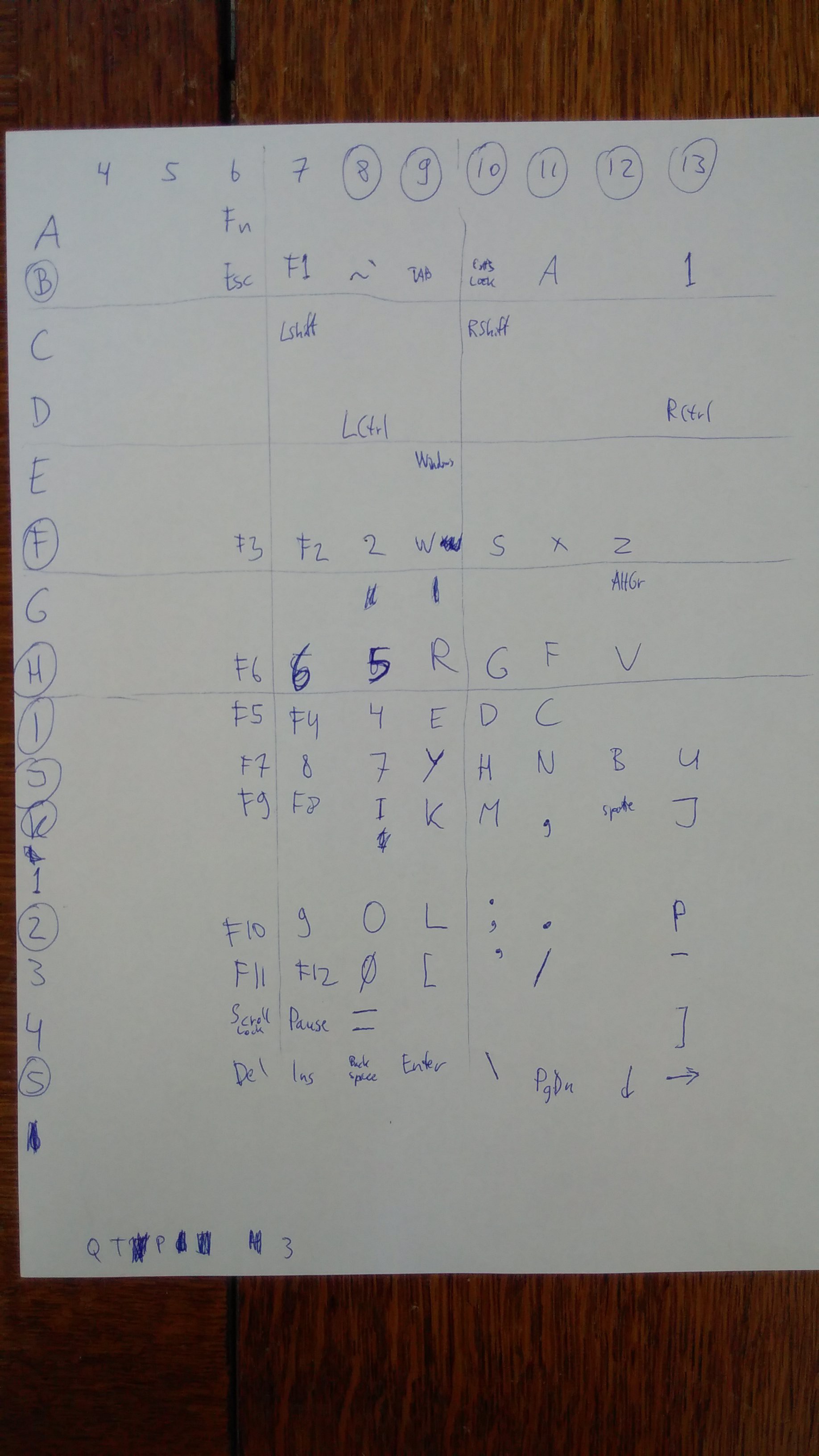 [edit]
I forgot to tell something. In the last log, I said that one of the wires didn't seem to make contact anymore. I am quite happy with my ZEVA Arolsen something soldering iron, but the tip was a bit too large. Thankfully someone created a "907H-I" soldering tip, someone else measured it and put it on eBay, and I have a metal saw to adapt it for the final zero point something millimeters: 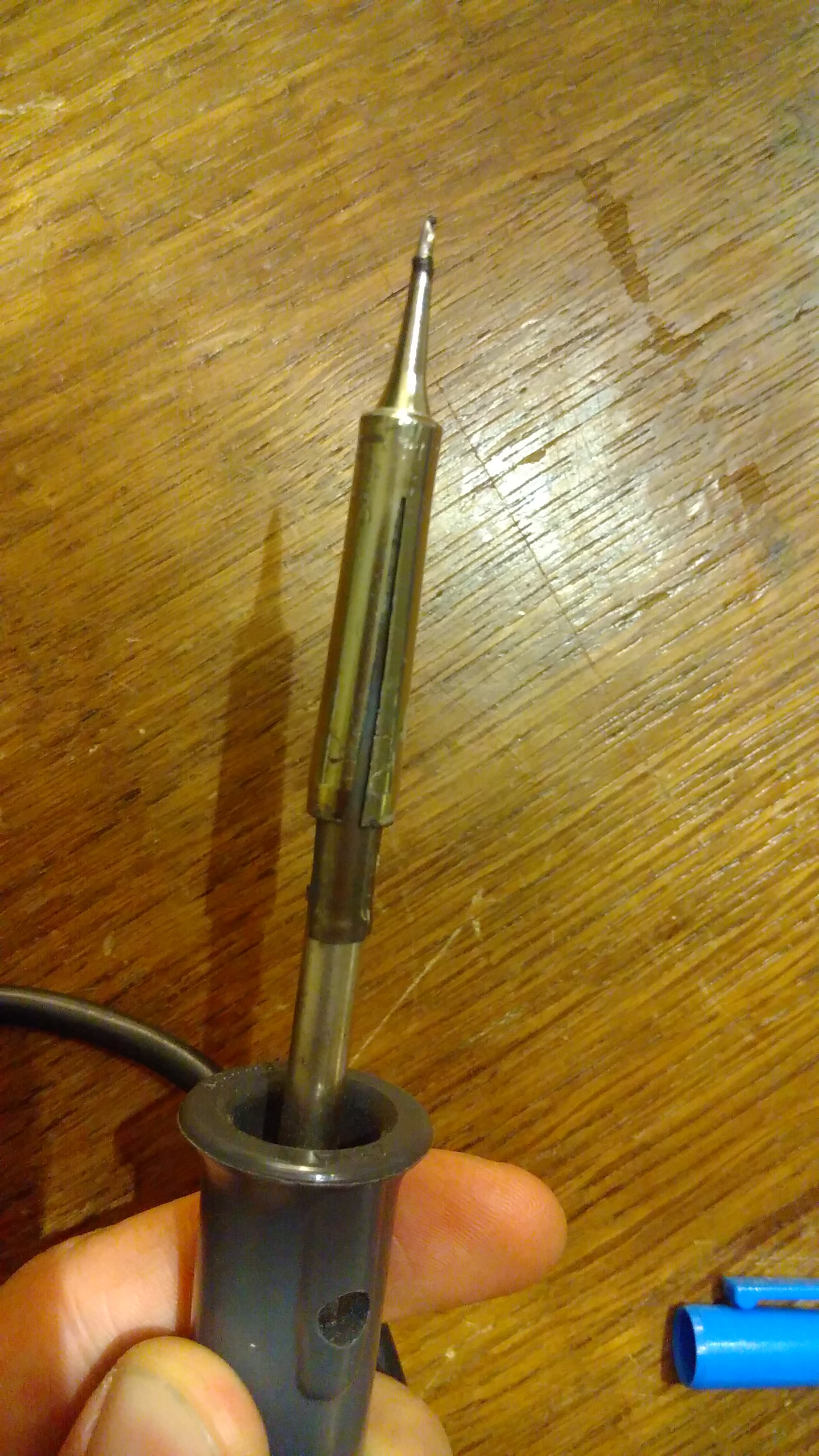 Waiting for this to arrive is part of why it took so long for me to work on this project again. But with this new tip, I was able to repair all the little wires.

Furthermore, last night after posting, I finished my Sudoku! The Q, T and 3 are at illogical positions in the matrix, that's why I didn't find them before:

Figuring out the matrix

Connecting the wires & testing the software