Making a sign to catch customers attention to a survey promotion.

The sign's length is 18 cm and the width is 15cm. I designed the sign in order to house an led per centimeter.

Obviously I am not planning on controlling each led seperately, so to reduce the amount of shift registers I have use/solder, I divided the sign in to two sections.

One section contains one width and one length of the square, so in total 33 leds will be hooked up to the shift registers.

4 shift registers with a total of 32 outputs will be used. Instead of just another whole shift register the 33rd led will be soldered to the 32nd led.

The positive sides of the leds will be connected to opposing led on the opposing side of the sign.

This is to ensure that as the bits are shifting down the shift register, the display on the sign will look as if the leds are trailing each and seamlessly on all sections.

So for example if one bit was travelling down the shift registers, on the display, one led will be lighting up and travelling along one section, while another led will be travelling in the opposite direction on the other section. 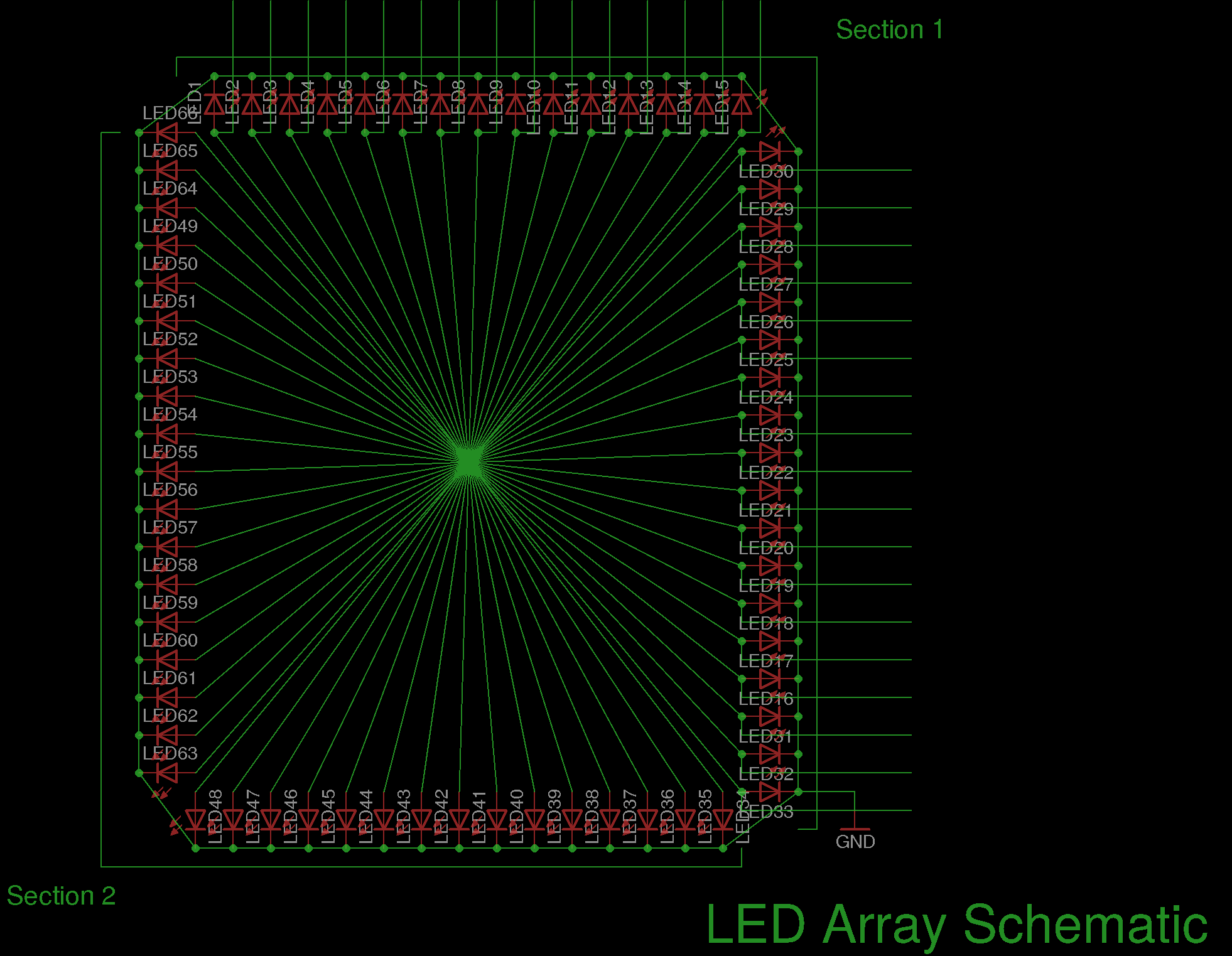 Each Section includes one length and one width. 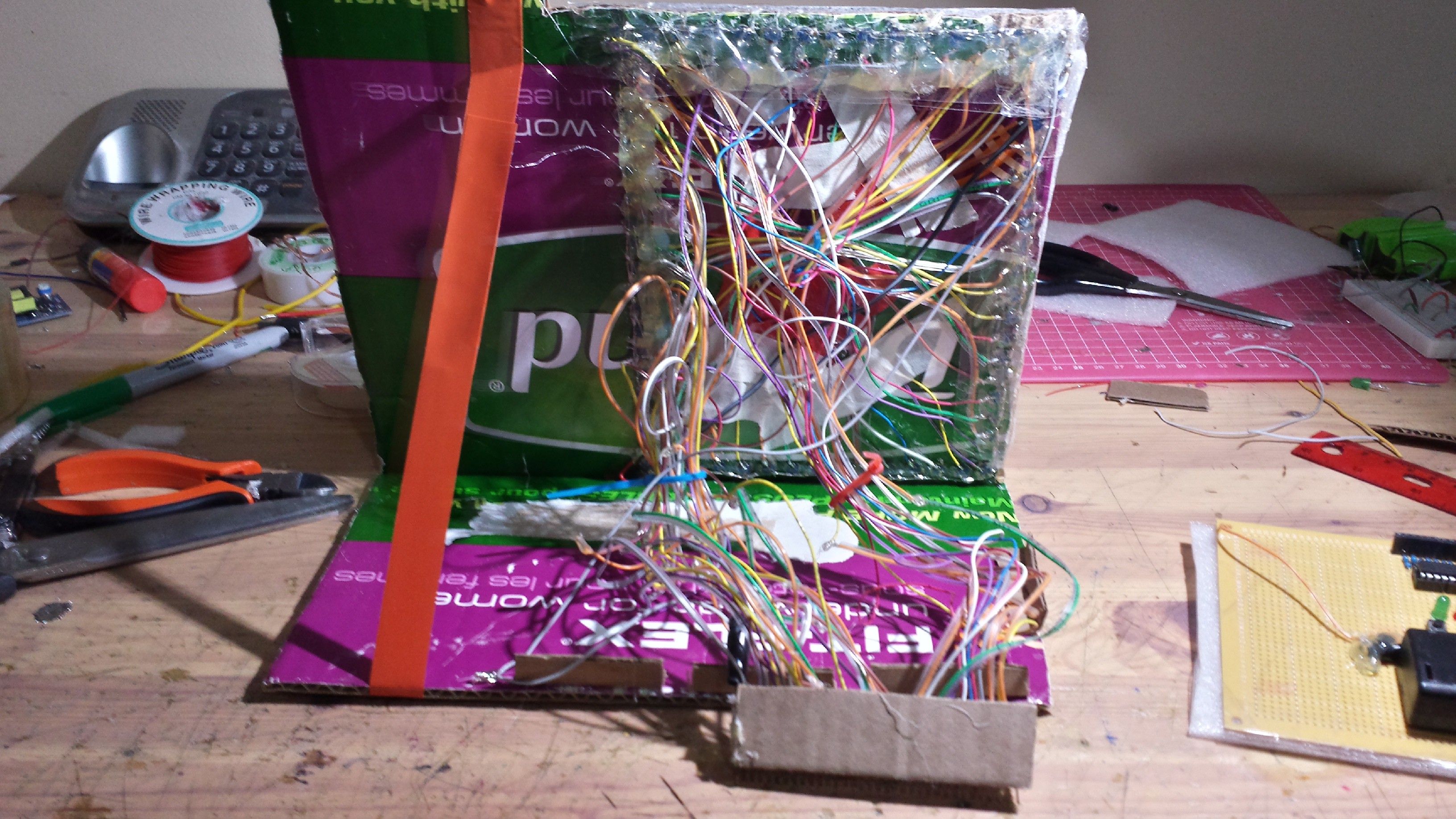 Having a User Input and Default Mode