Choosing a pinout, setting a logo on silkscreen...

I've spent half a day redeisning the boad, because of a wrong led pintout. Can you believe it? If you look for "SK6812" in google, you will find two pinouts. I've stuck to the one of the datasheet that is chared by Adafruit for their Neopixel. Hoping that it will be fine.
A few hours to design a logo for the board, because it's soo cool! And another half day to understand how a svg file can be imported in Kicad. It's a real pain to do! Kicad has dxf import capability, but can only manage lines. There are scripts for Inkscape to export such dxf, but I couldn't have it run... I eventually realised there is a module in Kicad that transforms an image into a footprint. But it took another hour to figure out that this module can open png files (the only image file type you can export from Inkscape), but cannot make a fotprint out of it.

So, svg to png in Inkscape, png to jpg in Gimp, jpg to footprint in Kicad, and in the end I have nice silks on my board!
And I could order a batch of prototypes! :) 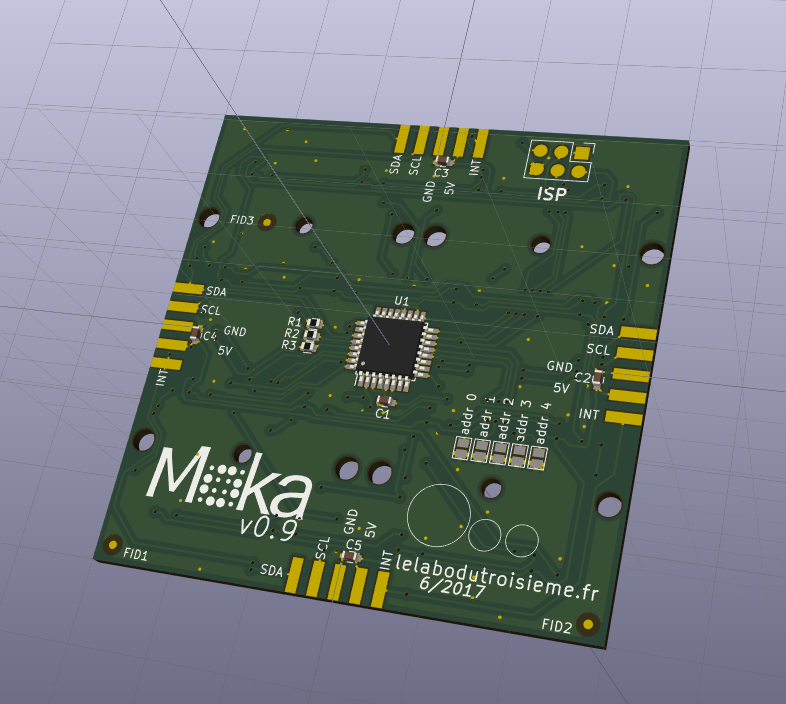