It first started with a box to hold and cool my Mazzilli flyback driver(aka ZVS), but grew and became smarter with the Arduino. The idea is to have a portable box in which you can put anything you want and also power anything - including your smartphone and things that need a high current oscillator.It is also meant to allow interaction using bluetooth and infrared.
The simple BT "protocol" I made is also flexible and allows easy control of an endless number of devices.

The batteries that keep the box alive are two sets of 11.1 lipo taken from old notebooks(4400mAh each) in parallel, they can supply power for a long time .The protoBox supplies 12V, 3.3V and 5V(USB or connector).By the way, most of the connectors are old computer connectors.

The "ZVS" driver used is a modified version I made that allows greater voltages (I've already ran under 80V) .For greater current applications, like the heater I showed in the pictures, use the IRFP260 mosfet and cool the capacitors.

The joystick with buttons used to navigate through the menu is from a Wii Nunchuck(to Arduino SDA and SCL pins), and the lcd display is a standard 16x2.

The switch turns the arduino, leds, 5V usb charger on. The ZVS is controlled by two relays,one to handle smaller currents and other to handle the high current of an external source.

The led strips are controlled using two shift registers(to Arduino SPI pins) and diodes with cathodes to their inverted outputs, so you don´t need any transistor to level shift the 5v to 12v(they'll always be 0v to turn on or unconnected to turn off)!

Speaking of leds, I've also included an IR receiver and an IR led (must be to Arduino pin 9)to allow the protoBox to talk to my TV or DVD, you know, just for the case I can't find the remote.

The bluetooth module is connected to Arduino serial TX and RX 2.

More Arduino pin info can be found on the boxOS code on git. 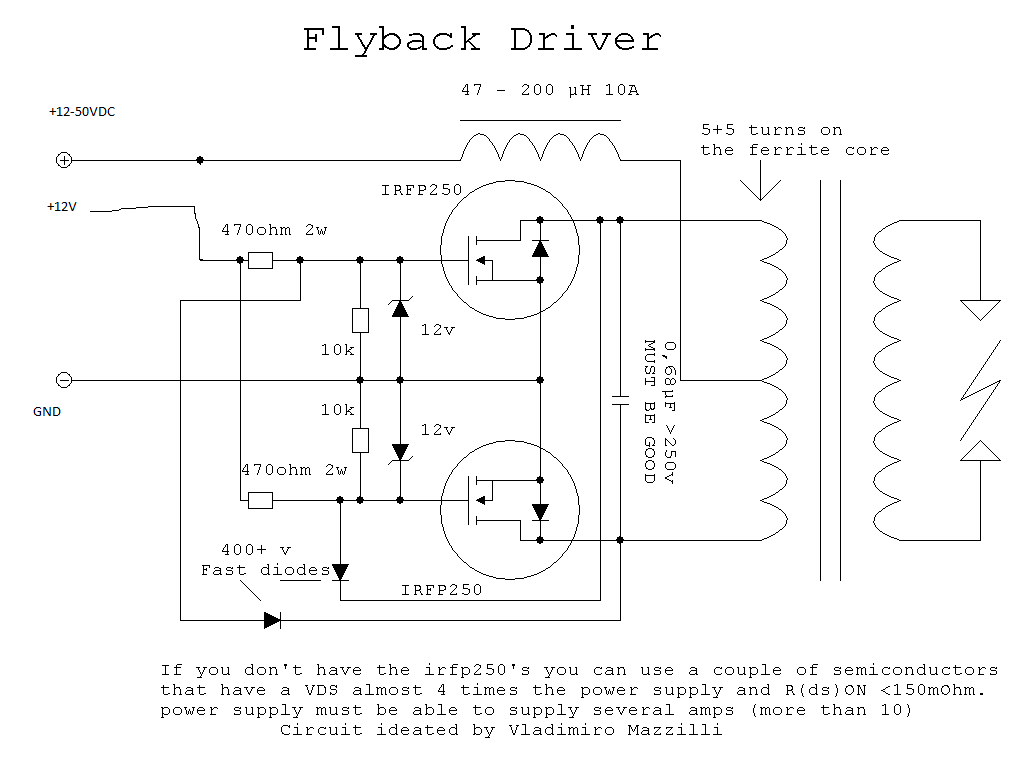 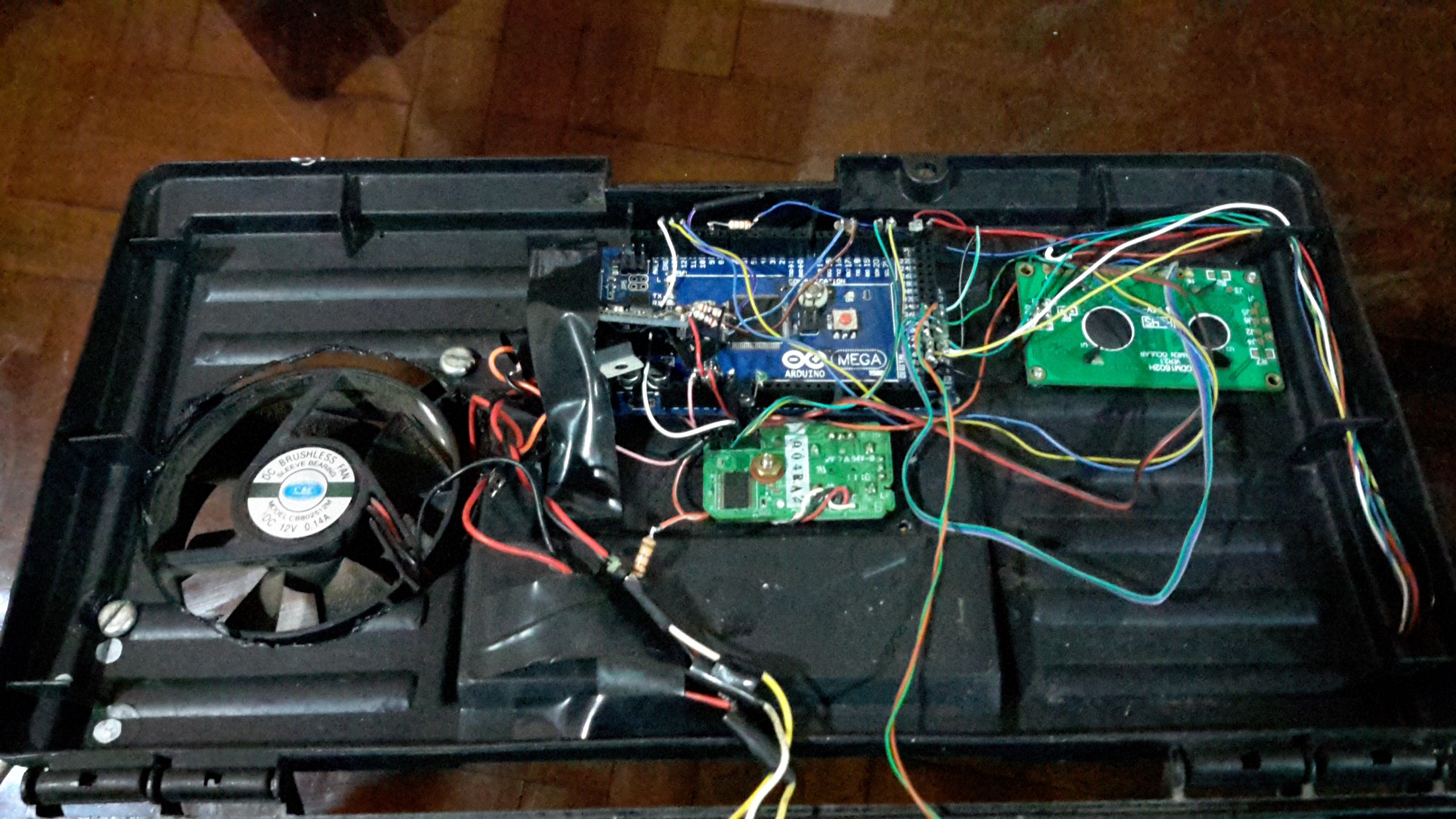 Retrofitting of a vintage Millet backpack