The idea and design

A few years ago, while wasting my time on the internet as we all do, i ended up on the wikipedia page for the Klann linkage, i thought that it could make for an awesome robot, so i built one from brass sheet stock, copper wire and solder. 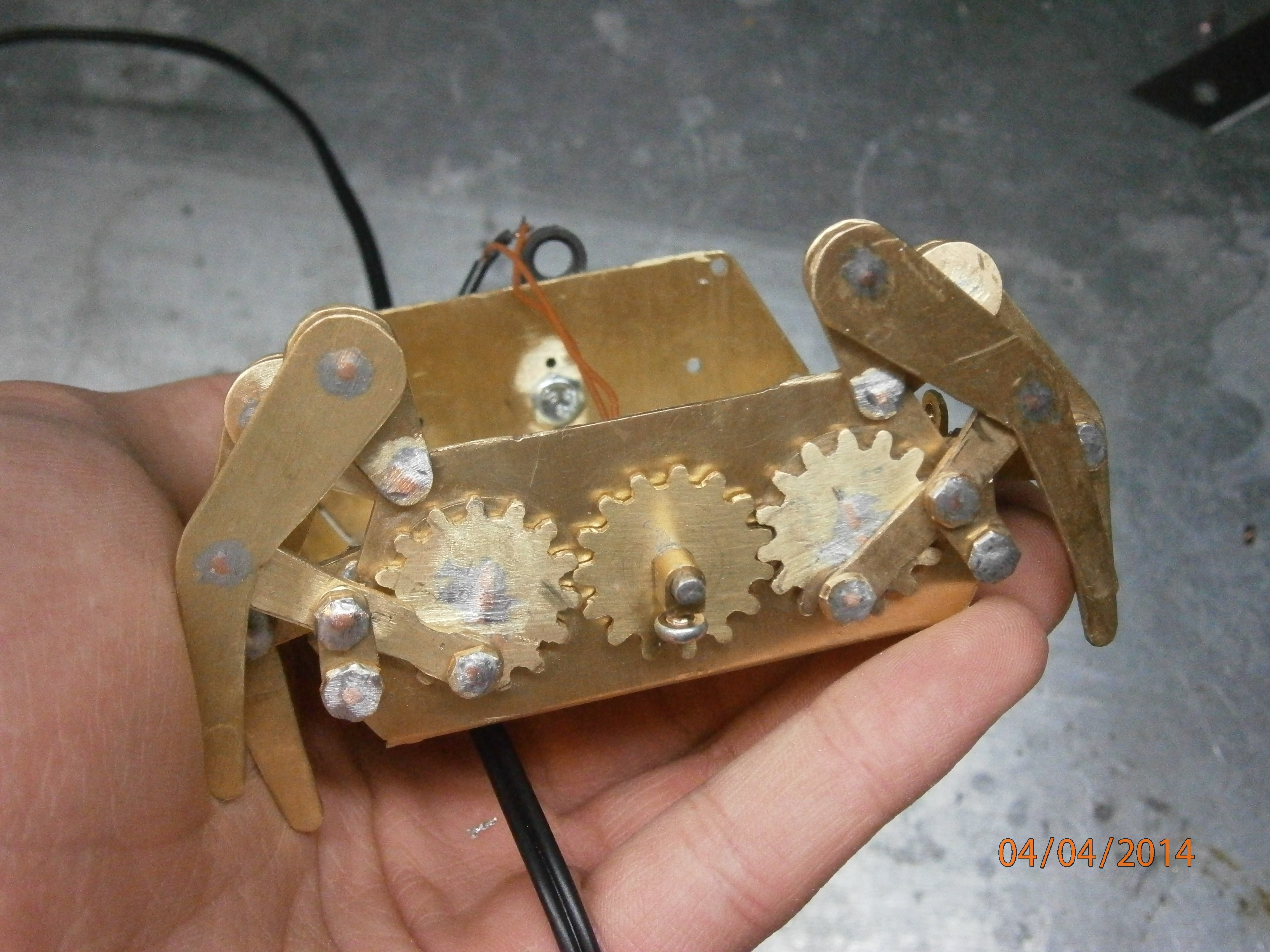 I took the dimensions for the parts from the gif found in the page, and that worked well enough. It ended up being not much more than a toy, as it could barely carry its own batteries.

This time i wanted to make a useful robot with the same design, as i still think the Klann linkage is a pretty cool way of making a walking robot without having to use lots of servos.

I investigated a bit more about the mechanism and found an online simulator for it.

I used it to tweak the lenght of every part, optimizing the shape of the steps taken so the lower part would be as flat as possible to avoid having a shaky robot, but the upper part would be high enough to walk over obstacles or climb. 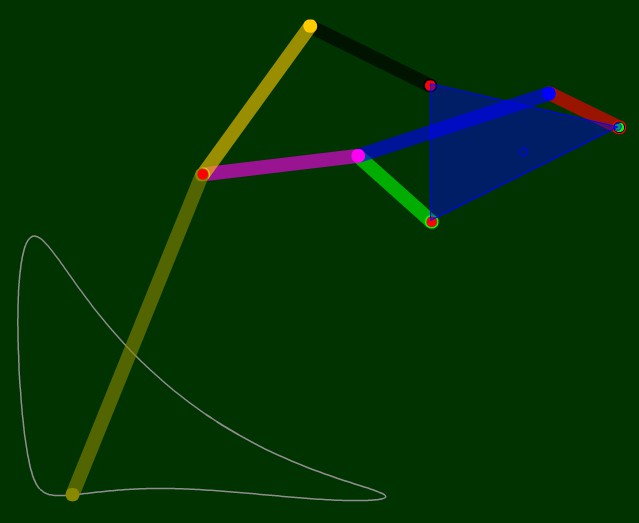 I also had to think of what materials to use, and how i would build it.

Seeing that cutting sheet metal by hand wouldn't be a good idea for a robot as big as i wanted, i started looking for other ways to fabricate the parts. Luckily, at that time i was taking a CAD class in my university, and realized i could draw all the parts and have them CNC cut from a wide variety of materials. 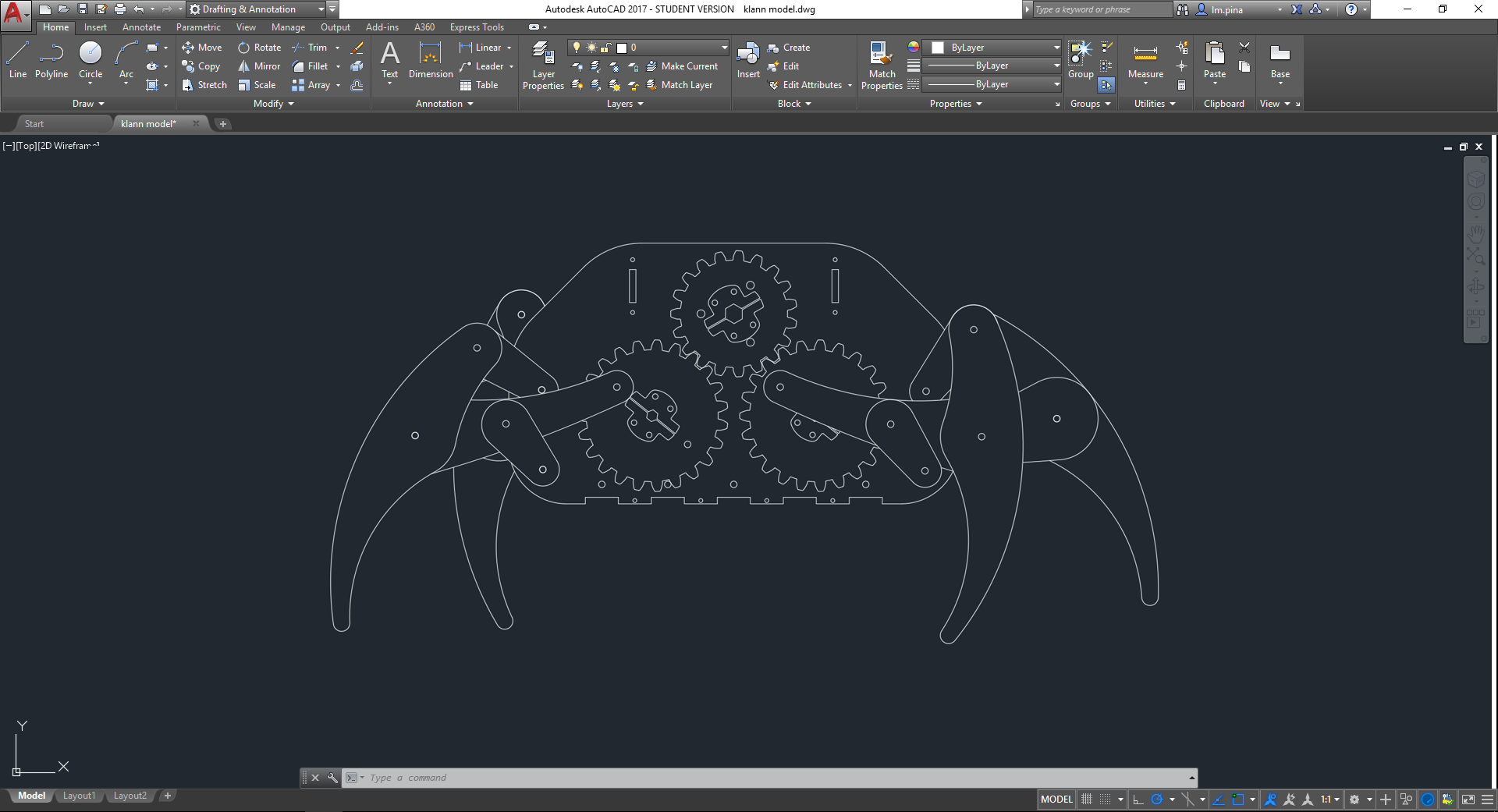 They have a laser cutter in my university, but just for plastic, plywood and other soft materials. I was considering using delrin/acetal, but they only had acrylic (which seemed brittle for a big robot) and i couldn't find delrin sheets easily.

Even though i was considering plastic for the convenience of having it cut in my university, what i really wanted was metal.

Steel would be either too heavy or too flimsy depending of the thickness, so aluminium was the way to go.

I settled for 5mm aluminium sheet for most of the parts (just an arbitrary thickness that seemed right to me), and decided that the rest of the parts and the fasteners would be stainless steel, as i would want this robot to not rust after a stroll in the park.

With that choice of materials, i could make a big robot capable of walking many different terrains and not be affected by moisture, dirt or even mud. This would certainly open a lot of potential uses.

Getting the main parts