Getting the main parts

To make the parts and not get old while doing so, i decided to have them laser cut out of sheet stock instead of making them myself.

I designed all the parts needed for the Klann linkage and main structure in AutoCAD, and spreaded them to send out to the laser cutter shop. I also added a bunch of washers filling the gaps, just because i could, and i was paying for that metal anyway. 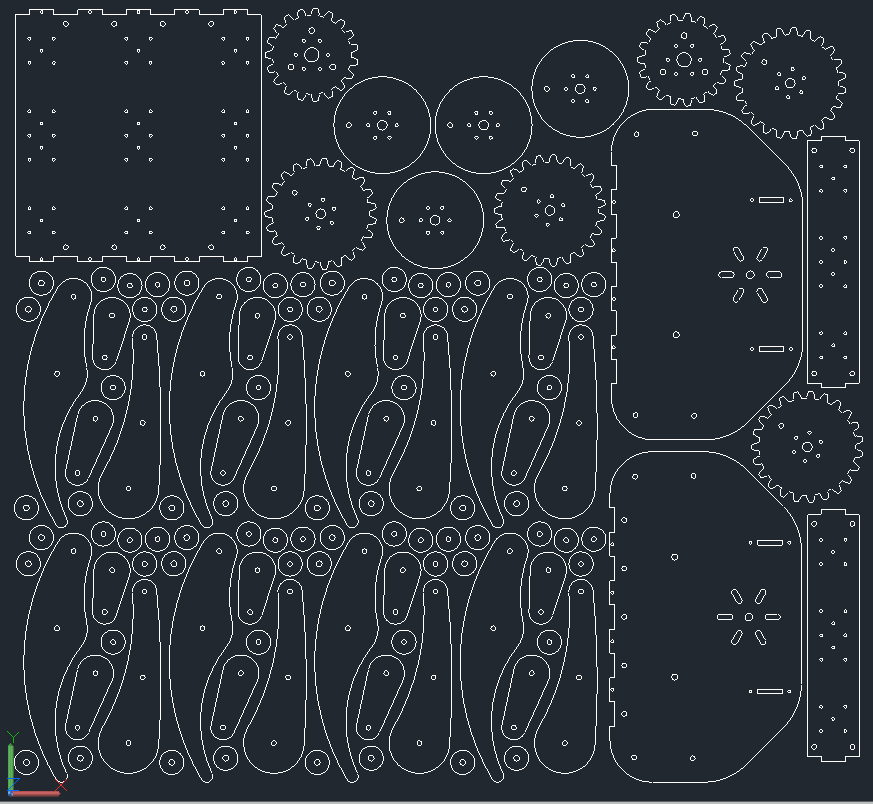 After dropping almost 150€ and spending a full week hoping i got the dimensions right, the aluminium parts were done. 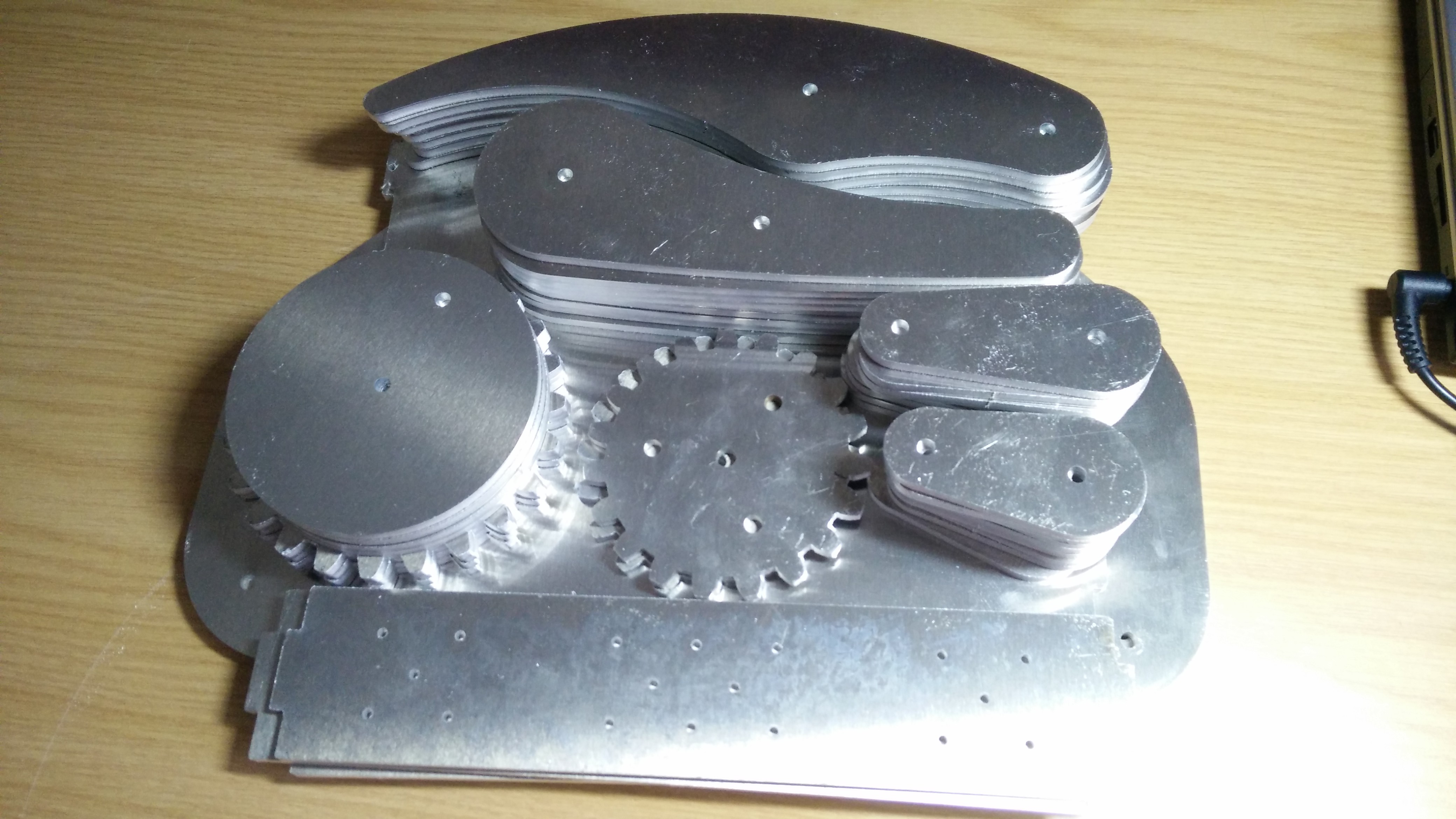 They were left with quite rough edges, so i had to spend a lot of time filing and sanding them all.

Although i did it mostly for mechanical reasons (to avoid parts rubbing against raised edges), aesthetics and not getting cut when handling the parts were important reasons too. I think it was especially important for the gears, since the oxide left by the laser is much harder than the aluminium itself and it would work as an abrasive. 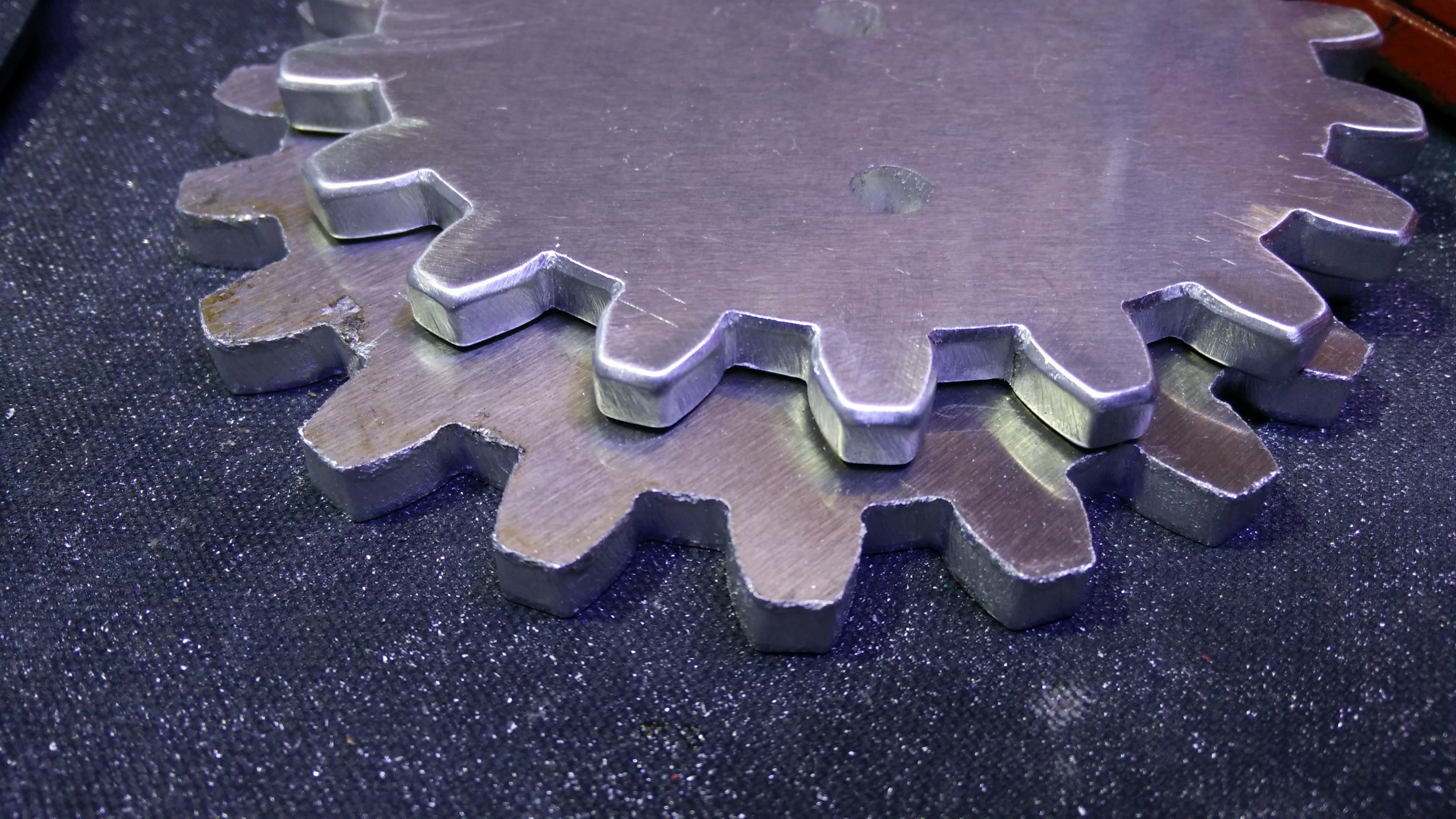 Since i ordered the parts and while i was building the mechanism, i made some design changes in the parts, such as more holes. This changes will be included in the .dxf files of the project which could be updated as i keep building. This wil be noticeable in future puctures of the build process.

The idea and design