First let's start off with some history or introduction of the VideoWRITER, because knowing myself if I don't write this now I never will.

The VideoWRITER is a word processing machine with built-in screen and printer introduced in 1985. Supposedly it runs on a Z80 clone and has 16kb of ROM and 16kb of RAM. Documents are stored on 3 1/2" floppies. When it was new it was sold for $799. 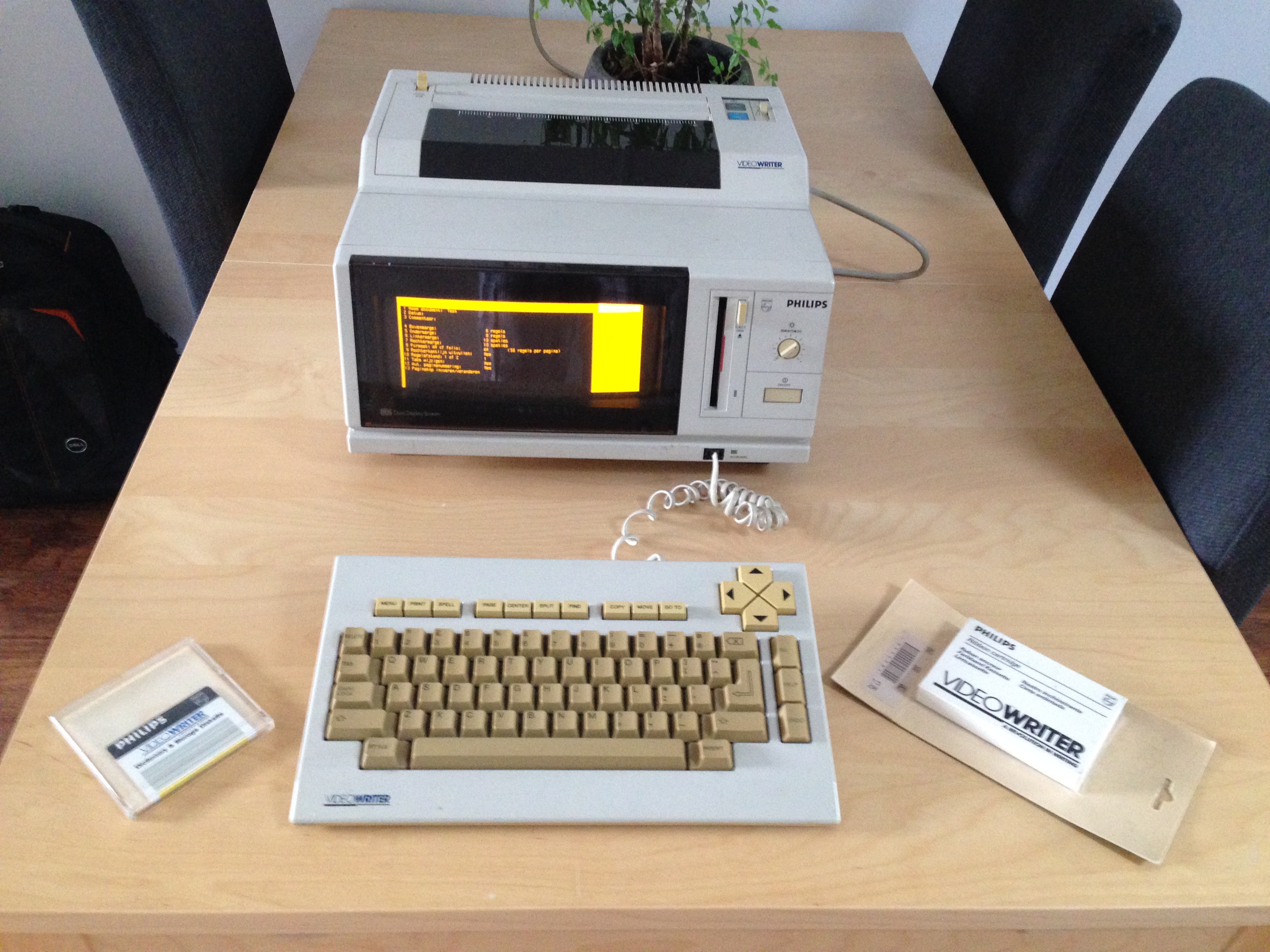 The screen is a monochrome amber display that is noticeably wide. When the machine is turned on it is split into two halves. The left half that shows the text editor, settings and document properties and a sidebar on the right that shows you menus, hints and the functions of special keyboard keys. Also the sidebar is always in inverted video to make is stand out. I guess that that's what they mean with the 'DDS - Dual Display Screen' in the bottom left of the screen cover.

Editing documents is very basic by today's standards, so don't expect any fancy fonts such as Comic Sans ;). There is only one built-in font that you'll have to make due with. Changing the font is actually just changing the text style to bold, italic, underline, sub- or superscript. Other layout options include text alignment and... that's all. Apart from that the editor shows a ruler at the top of the screen and special characters such as new lines are also shown.

It prints on standard A4 paper using special ink ribbon cartridges and some thermal printing process. According to the Wikipedia article you can also use it as a thermal printer when you print on thermal paper without the cartridge. I was quite surprised that my VideoWRITER was still printing after many years in a warm attic. 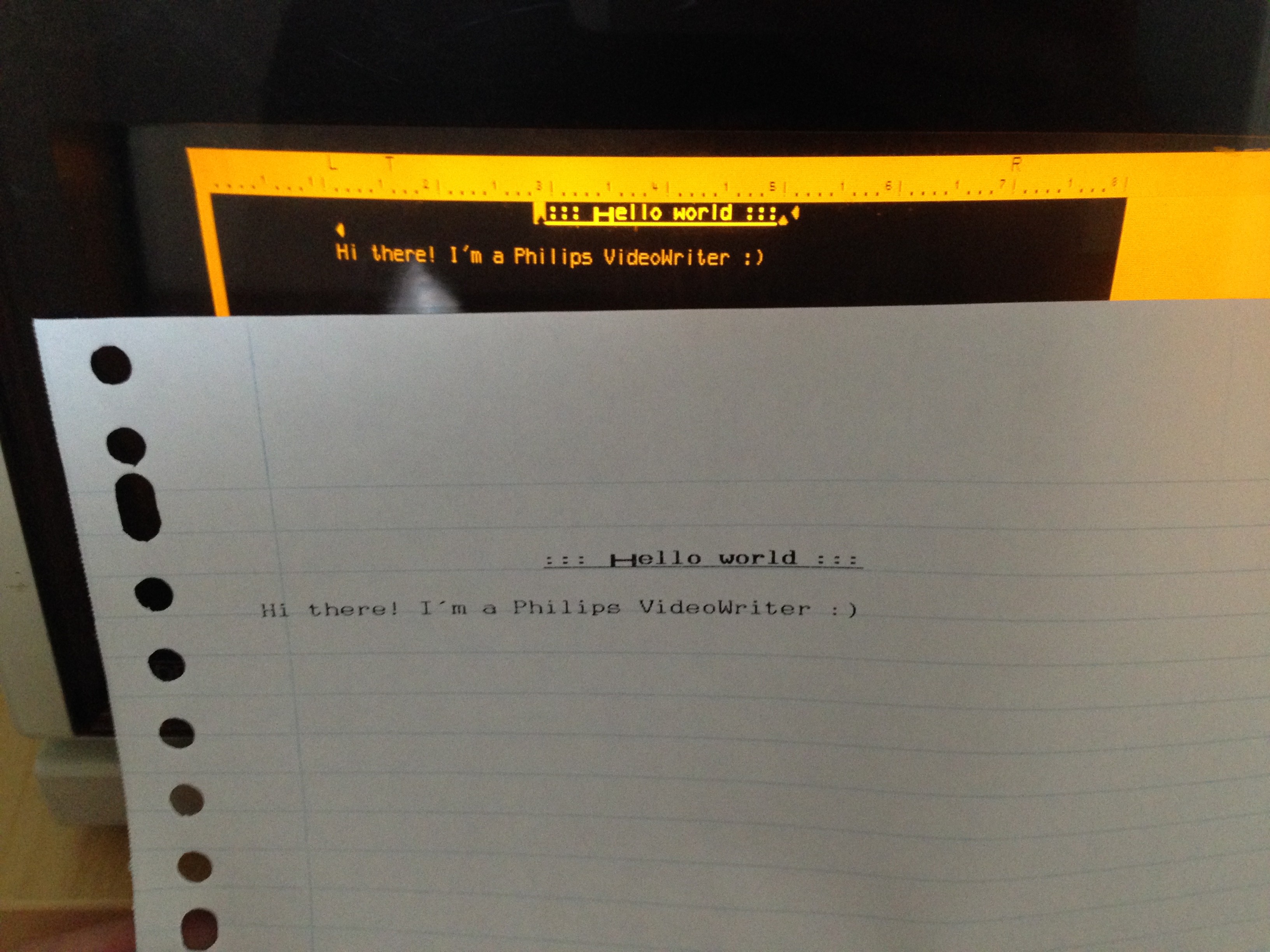 The keyboard is small, yet comfortable to type on. It has a number of special keys that allow you to change the font, undo, or do a spell check (if you have the diskette that contains the dictionary that is). The keyboard connects to the main unit using an RJ14 phone style connector.

Documents are saved on 3 1/2" floppies. The machine will look for one when you switch it on and ask you if it's ok to format it if necessary. I don't think the VideoWRITER floppies are formatted to be PC compatible and probably can only contain 360 kb, or 720 kb at best. Maybe we will find out later.

Next time let's lift the cover and see what we find.