For the next step, I wanted the robot to be controllable from ROS. I changed the initial design to be more Turtlebot-like to be able to hold a laptop running ROS. 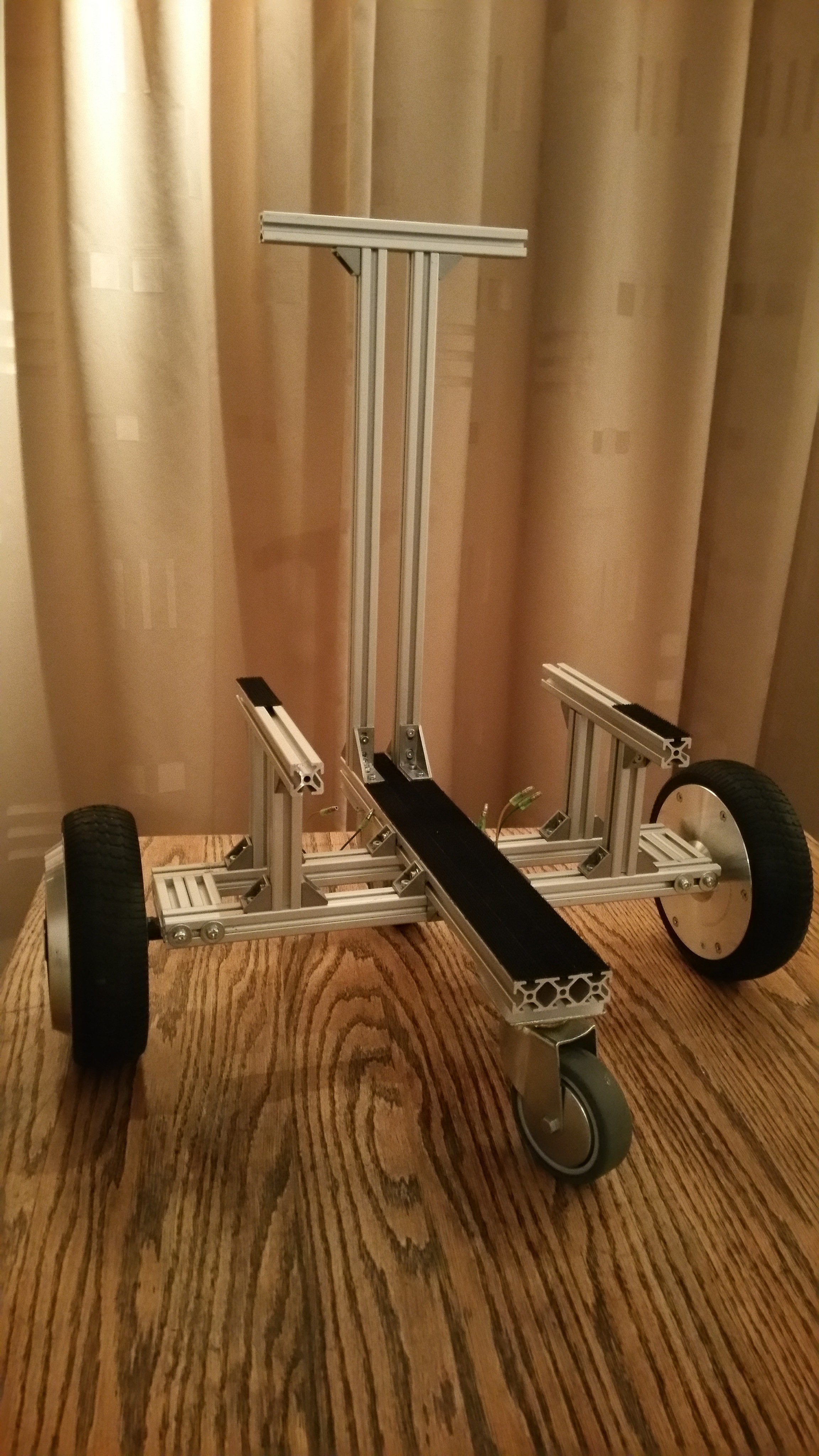 Changing the frame was the easy part, most of the work has gone into creating the ROS integration. Thanks to the MIT-Racecar project, there already was an open source VESC driver which I could use. This meant I didn't have to implement the serial communication which saved a lot of time. Because I wanted a modular solution I wanted to implement the driver using ros_control. In ros_control a robot driver exposes joints which can be controlled using a velocity, effort or position interface. For wheels this means we need to implement the velocity interface. The velocity interface accepts the desired target speed as a command (in rad/s) and reports the actual speed as feedback of the current state (also in rad/s off course). The joints are controlled using a controller implementation, for which ros_control already provides some, including a differential drive controller.

I will go over the software in more detail at a later stage and off course provide all the source code. There's still some renaming, cleaning up and license stuff to do. But for now I will just describe the steps I did in order to create the bare minimum ROS integration. At the time I did not have a name for the project and used 'r16' as a project work title and as a prefix for the ros packages. I followed the convention used by the turtlebot and other projects to create separate packages for the robot driver, description and bringup launch files.

Following the documentation I created a new package to contain the robot driver. The class 'wheel_driver' uses the vesc_interface class from the MIT-Racecar project to do the actual communication with the VESC. The wheel_driver is used in the class to drive the robot and registers two velocity joint interfaces named 'left_wheel_joint' and 'right_wheel_joint'.

In ROS the way to describe your robot is with an robot model described in a XML file in Unified Robot Description Format (URDF). There's plenty of documentation and tutorials for this on the ros wiki. In order to be able to use variables, reusable blocks and expressions the URDF is often created in the Xacro template language. I created a very simple representation of the robot containing of the two wheels attached to a fixed beam and two spheres representing the caster wheels attached to their own beam. For the differential drive to work properly the joints must be declared in the URDF file using the same names ('left_wheel_joint' and 'right_wheel_joint'). Also the parent link and child link must be set accordingly. It's the information in the parsed robot model that the differential drive controller uses to get the wheels circumference and distance between both wheels and calculate the odometry accordingly. 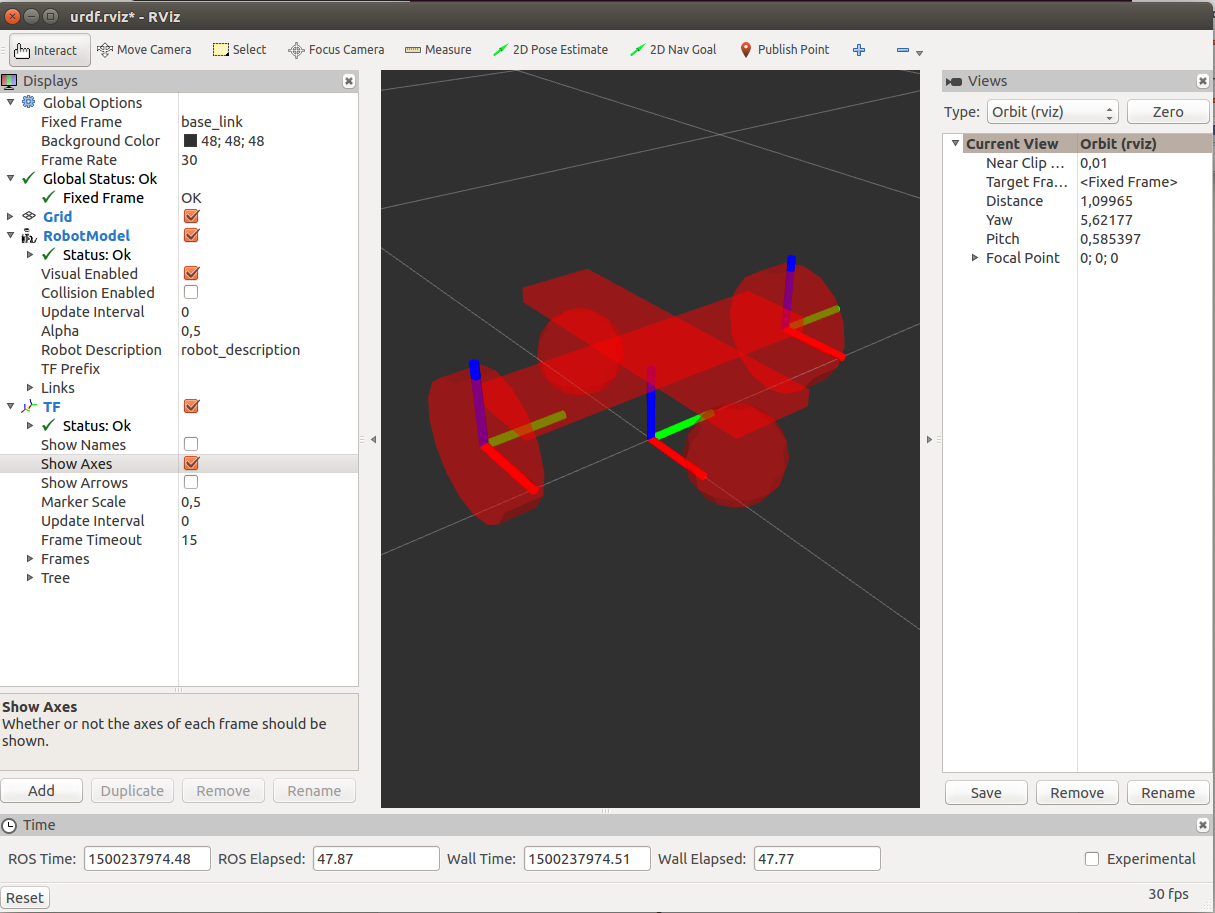 In the end by running the bringup launch file it is possible to control the robot using an X-box controller using the turtlebot_teleop package as shown in the video below. There were still some issues in code, mainly conversion between rad/s and ERPM required for the VESC, resulting in a too high value and somewhat sensitive to control, but as a concept it worked.