BeagleLogic, now as a turnkey and standalone 16-channel Logic Analyzer

Now that the core functionality of BeagleLogic Standalone was working alright, I wanted to have it in a case for aesthetical reasons. However I wanted the case to be open so that the buttons and LEDs are user accessible. Also I wanted the golden BeagleLogic logo to show :)

I prototyped the case in FreeCAD. After a couple of false starts, I got a good design in the 2nd iteration:

The board is supposed to be a snug fit all the way into the case, no fasteners or screws needed.

The first and the second iteration were 3D printed in PLA - the first revision used blue whereas the second revision used orange. This is iteration 1. The problems of this iteration were that there was not enough margin on the edges to compensate for variation in the board dimension, so the board would be too tight to fit in completely, and that the connector positions were slightly astray. Also the edges were too thick and without a recession, the connectors won't fit. These were fixed in rev 2, as you can see above.

This is iteration 2, with the BeagleLogic standalone board comfortably seated. 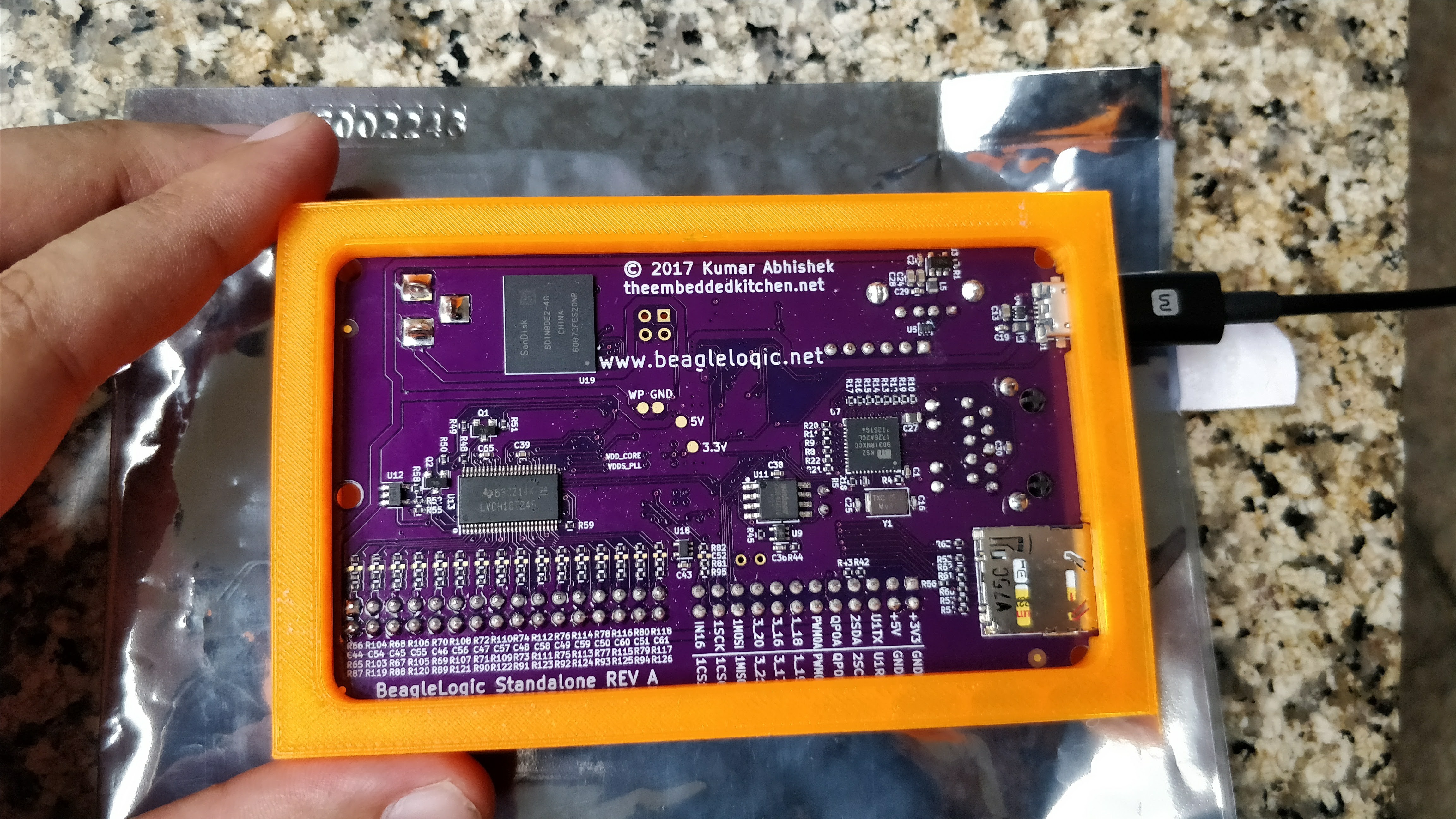 I printed a few more copies of the case, and it was all set.