Because multirotor drones are terrifying, flighty, barely-controlled robots with spinning-blades-of-death on every corner, I decided that it would be a good idea to use something ground-based to test the more autonomous aspects of the project before they go on the drone.


One of the fantastic things about the Ardupilot autopilot project is that, being a well-supported open source project, lots of variants of it exist using the same main codebase. In addition to supporting multirotors and fixed-wing aircraft, there is also a variant called Rover designed for autonomous ground vehicle platforms with great support for typical R/C car hardware. Building a rover not only allows me to test RDF techniques and hardware on a remote vehicle, it also lets me build experience and code for autonomous operations using the Ardupilot platform at the same time. 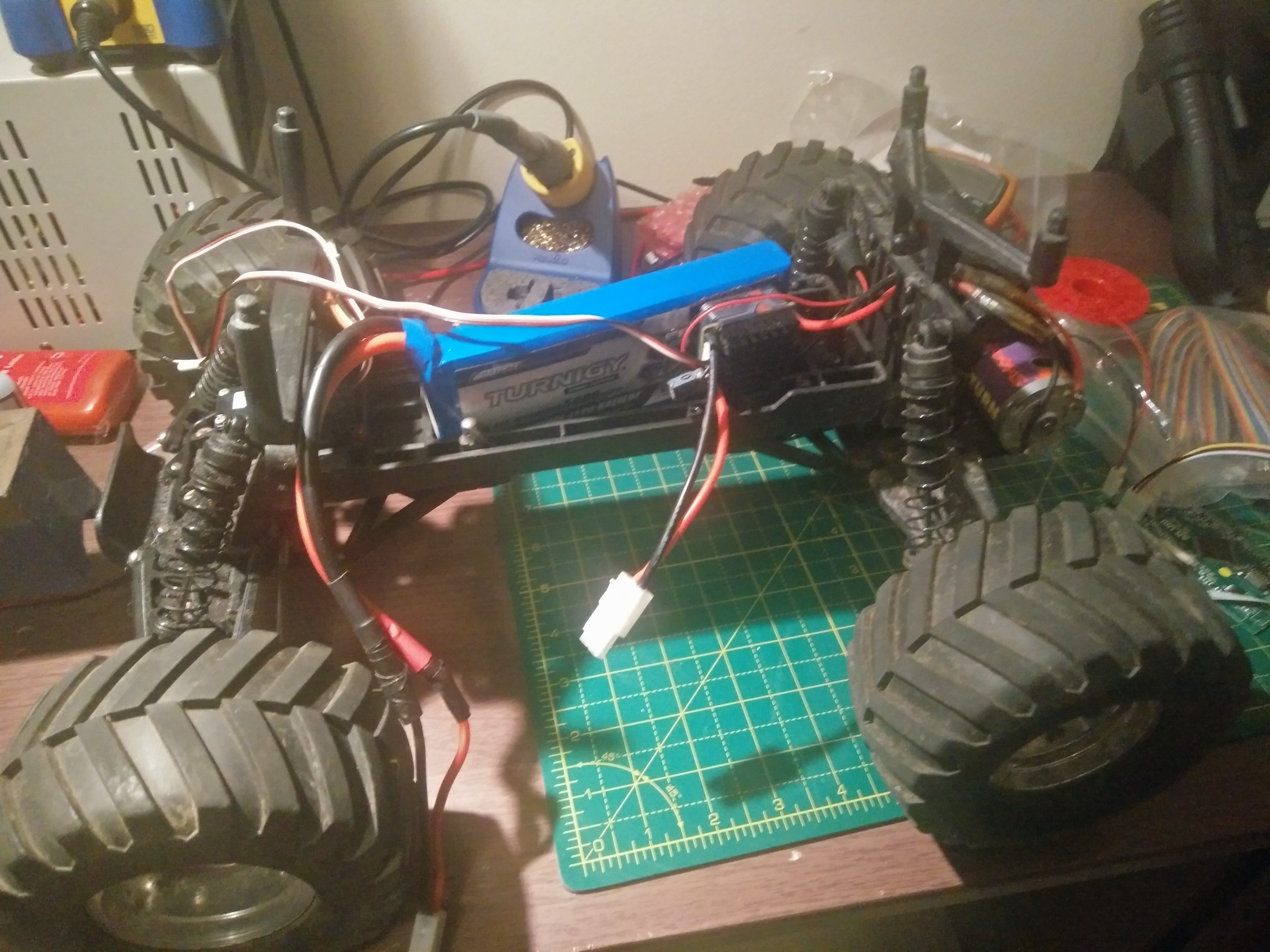 My requirements for the R/C vehicle used here were pretty minimal - it had to be big enough to carry the APM2.6 + accessories, the Raspberry Pi + SDR and various antennas, and ideally be happy driving on grassy fields. A quick search on eBay brought up a pretty ancient Traxxas Stampede R/C truck for a steal and was quickly purchased. It arrived with a nicad battery, 27MHz R/C system, brushed DC motor and mechanical speed controller. These were quickly (and very cheaply - how did people afford this before Hobbyking?) replaced with the biggest 2s LiPo battery which would fit, an electronic brushed speed controller, and an FrSky 2.4GHz R/C reciever.

After that nothing happened for quite a few weeks as it was actually quite a decent R/C truck, the sort I'd always wanted as a kid, and I was too busy playing with it to turn it into a rover!

Eventually, I designed a mounting plate for the APM, GPS/etc and Raspberry Pi/SDR. This was cut out of 6mm plywood on a CNC mill, and fits on the body shell mounts of the truck. Antennas under test will be mounted on a wooden pole somewhere towards the front, probably with cable ties. So far it drives well with the R/C passthrough enabled on the APM. Unfortuntately I haven't had the time to take it out to an empty car park or field and play around with the autonomous functions of the APM yet, but am hoping to soon.