A little rover robot to keep an eye on my prints inspired by the butter passing robot in Rick and Morty.

My list for stuff I find interesting or want to build.

This robot uses a Raspberry pi Zero W as brain to control the L9110 motor driver and three servos. It is able to record/stream video with the RPi camera module and there is a USB device connected to capture and output audio. The case is completely 3D printed. The robot might also be a excellent case for something like the Google AIY project or Mycroft AI.

I wanted a videostream so I could keep an eye on my prints. I didn't want to print one of the standard RPi + camera cases for my printer so I decided to make it into a little rover robot. It's inspired by the butter passing robot in Rick and Morty because I liked the looks and personality of it. 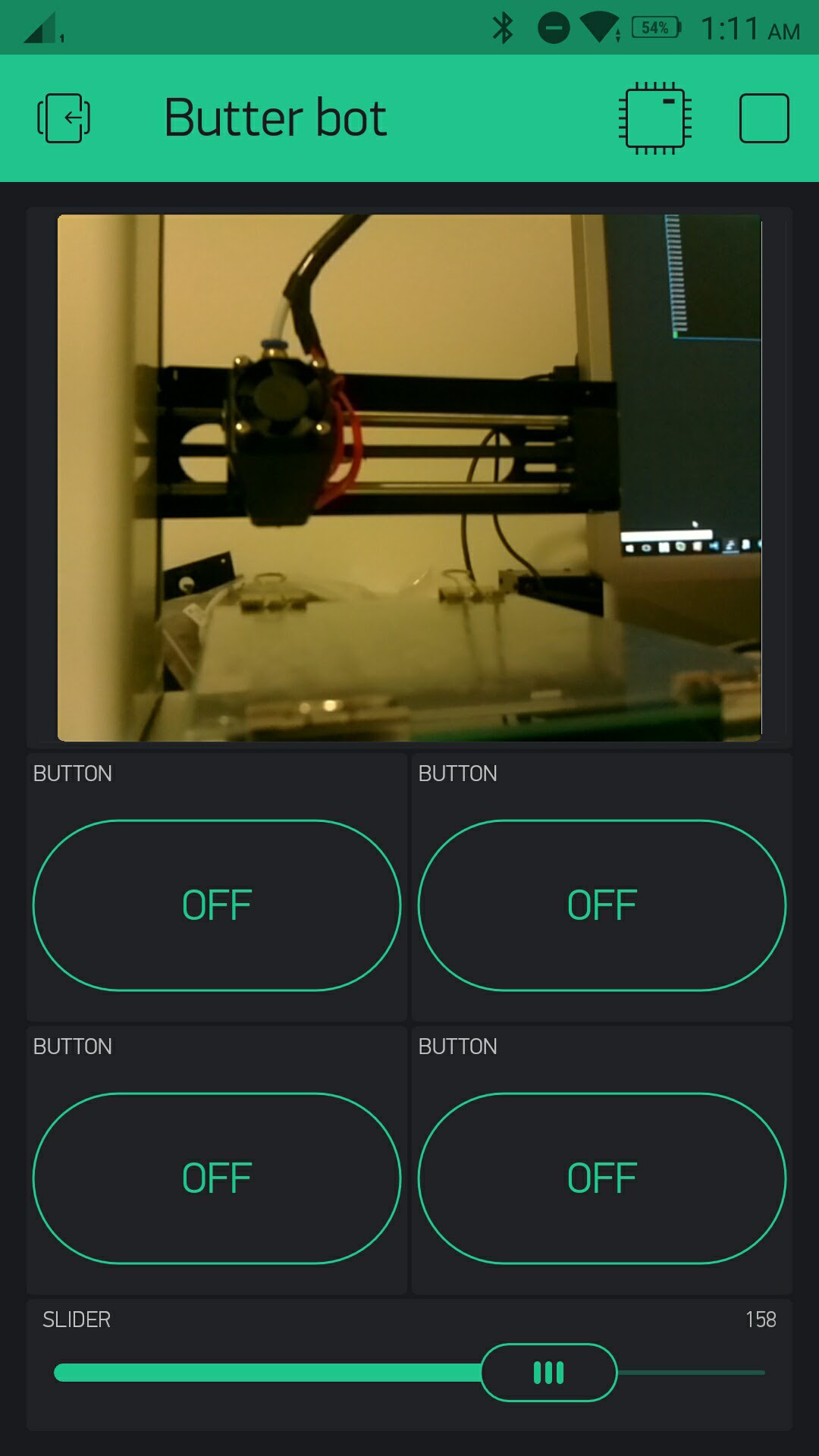 The brain of this robot is a RPi zero W the servos are directly connected to the GPIO and the DC motors are connected via a L9110 motor driver. To drive this robot I decided to use the Blynk app after I found out that they support a video stream because that is the most important function of this robot. It was surprisingly easy to use this app with the Python library they developed even while this library is still in alpha it worked great.

The video stream is set up using MJPG streamer after flipping the image because the camera is mounted upside down it worked flawlessly, however the video stream inside the Blynk app lags a bit this isn't the case in the browser.

To control the servos I use ServoBlaster because this retains the PWM output in the background. To use this inside a Python  script I decided to use the os module to run command line commands.

Is there a chance you'll be putting up the 3D printable files?

Hi Luke, I've uploaded the .STL files. The electronic mounts inside the head are a bit off but it works fine.

What is it's purpose?

I think it would have the same reaction when you would tell him that his purpose is to watch my printer print :)

Niiiice!
I was expecting for a long time to see a "Pass the butter" robot here. It's one of my favorite between all the famous robots, ranked even higher then R2D2.

Fred the Ripper (FtR) is a CD-ripping (or recording if you want) robot based largely on the acrylic "uArm" 4-axis desktop arm.
Project Owner Contributor

A telepresence robot on the cheap
Project Owner Contributor