A scaleable approach to multi extrusion, easy to adopt in most CoreXY/H-Bot printer designs.

The new camera works great and is now permanently attached to my prototyping printer. The camera comes with 6 white LED's, which are still used, but now covered by a thin layer of transparent PLA to spread the light. Better software for calibration is on the way, too. The GUI is pretty horrible mainly because I suck at UI/UX (any UI/UX people around to help out) and I have no experience with Qt.

Nevertheless, once configured, it is easy to work with. No more accidental crashes, no more attempts of unloading a tool in the wrong position. no more collisions with the camera. Some of the planed features are: 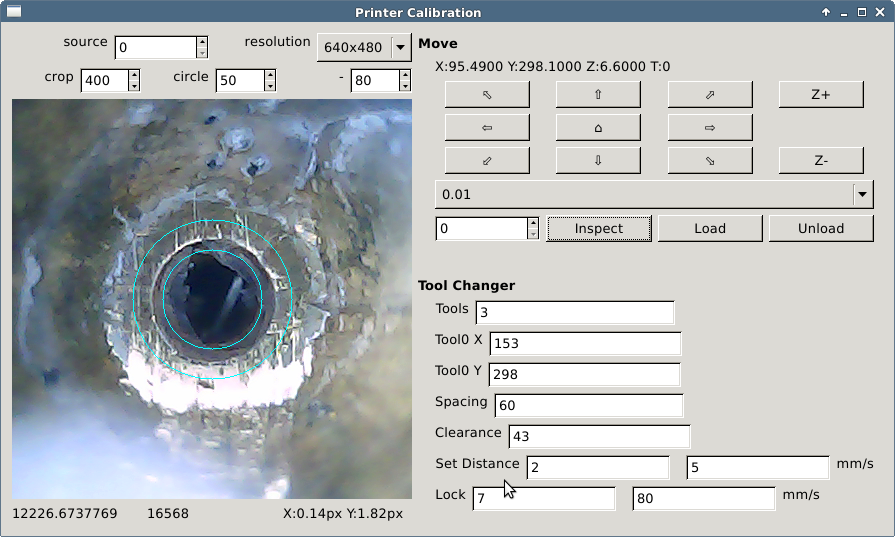 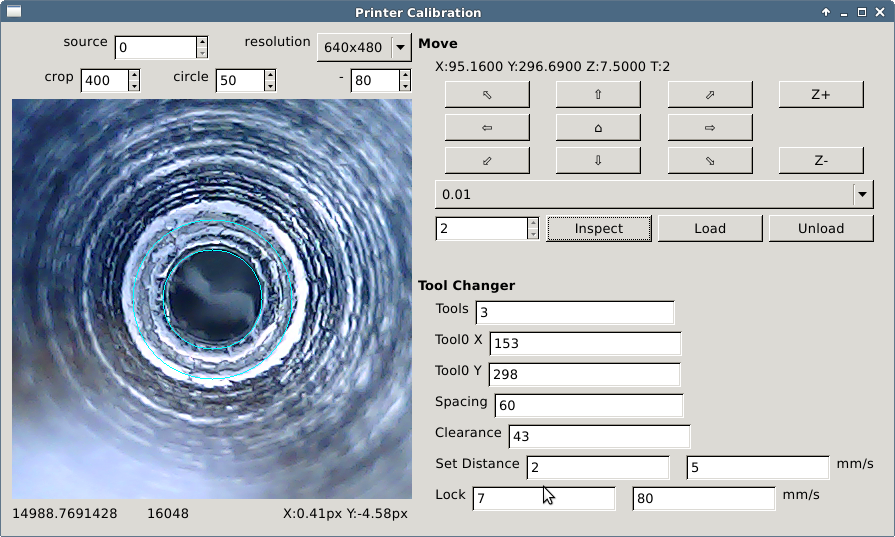 In case you wonder, Laplacian is the second order derivative of a gray scale image. This is commonly used for eg. edge detection etc 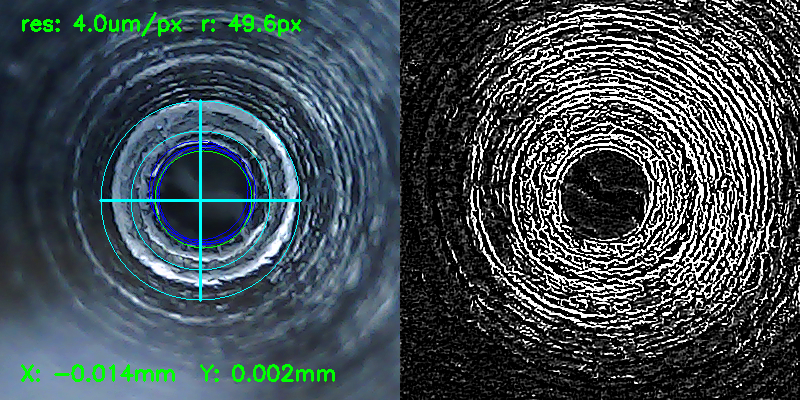 for overcome the problem of dirty and non standard aspect of the nozzle  what about a fixed reference some were else on the too with a fixed offset form the tip of the nozzle? for example it could be a small mark near the extruder or something like a small screw fixed in the hot end.