The 4th version is now published. You never saw version 3. Or version 1. But never fear, for those were dismal failures not worthy of your attention.

In this version there are 2 separate battery packs. Why? Because the 130 size motors were a pain with more than 6 volts. Also, now I don't have to worry about isolating the CPU side from the motor's power line effects. 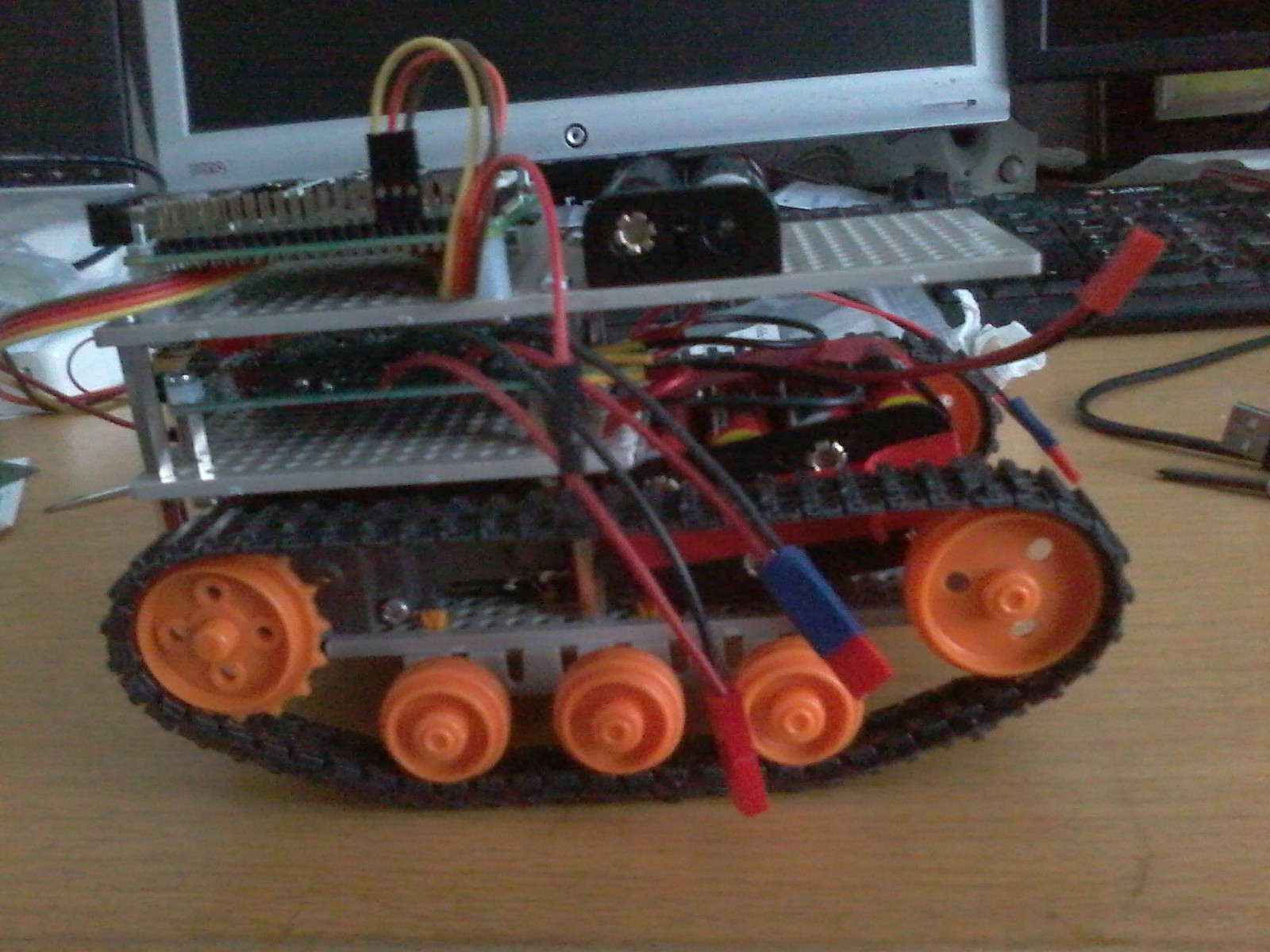 I read from somewhere online that RC hobby servos usually work down to 3.5V and can accept 3.3V control signals. And here I've been wasting time and energy to put 5V level conversion just for servo control! What a waste. While I'm at it, I might as well remove the 5V regulator from the servos and just connect them to the motor's battery pack. Since I have servos only for the camera, they're not heavily loaded and should be happy with 3-4 AA cells.

That'll also get the servos to the motor-side battery pack and I'll have one less source of interference. Funny how simplification works.

But that's still a bit in the future. Right now, the v4 still has the level shifters and regulator for servo control. 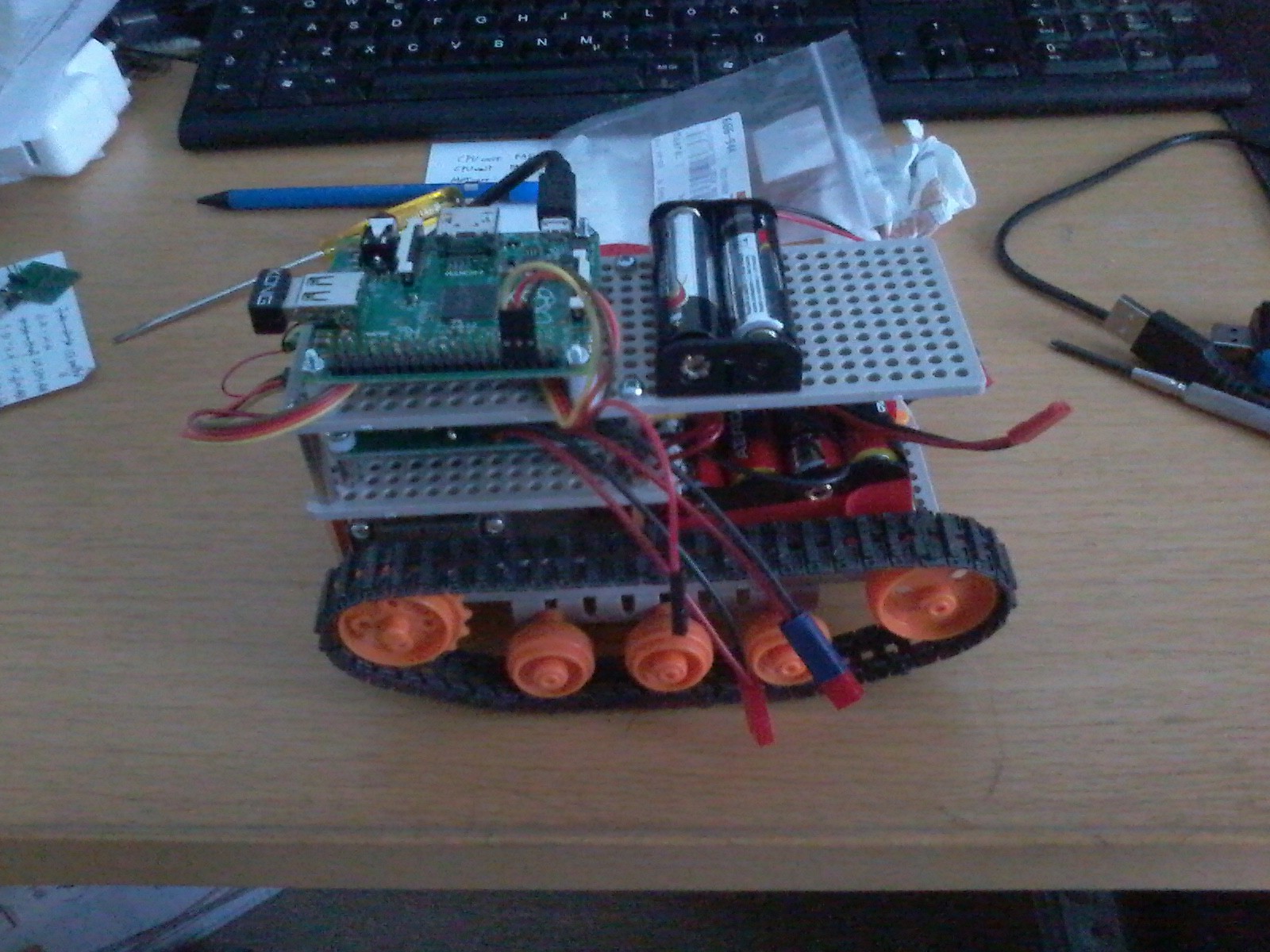 Note to self: Make silk-screen text thicker. It doesn't seem to survive the fab process too well at current thickness.