A project log for V plotter and pyrography machine

Less than $50 will be needed to build this wall-hanging plotter and pyrography (wood burning (drawing on wood)) machine.

Well, Hackaday prize is off, and I'm not too surprised. I reckoned I only had 5% chance to get in because of late entry. Project will nonetheless continue, because I have other goals for it as well. Last week saw mostly work on software, to permit drawing of raster images. Once that was succesfully completed, there was a big problem with image distortion. I tried three approaches to solve this, and only the 3rd one worked. It was a lot of effort to get it done. Software is still not finalized, so it will not be published for now. But I have 3 images to illustrate my trials during last week, so I'm posting those.

Image bellow is one of the first ones to be drawn from raster PGM file. Distortion is obvious: Third attempt to solve distortion succeded, this was a test pattern bellow: This was the biggest image attempted while distortion was not yet solved: 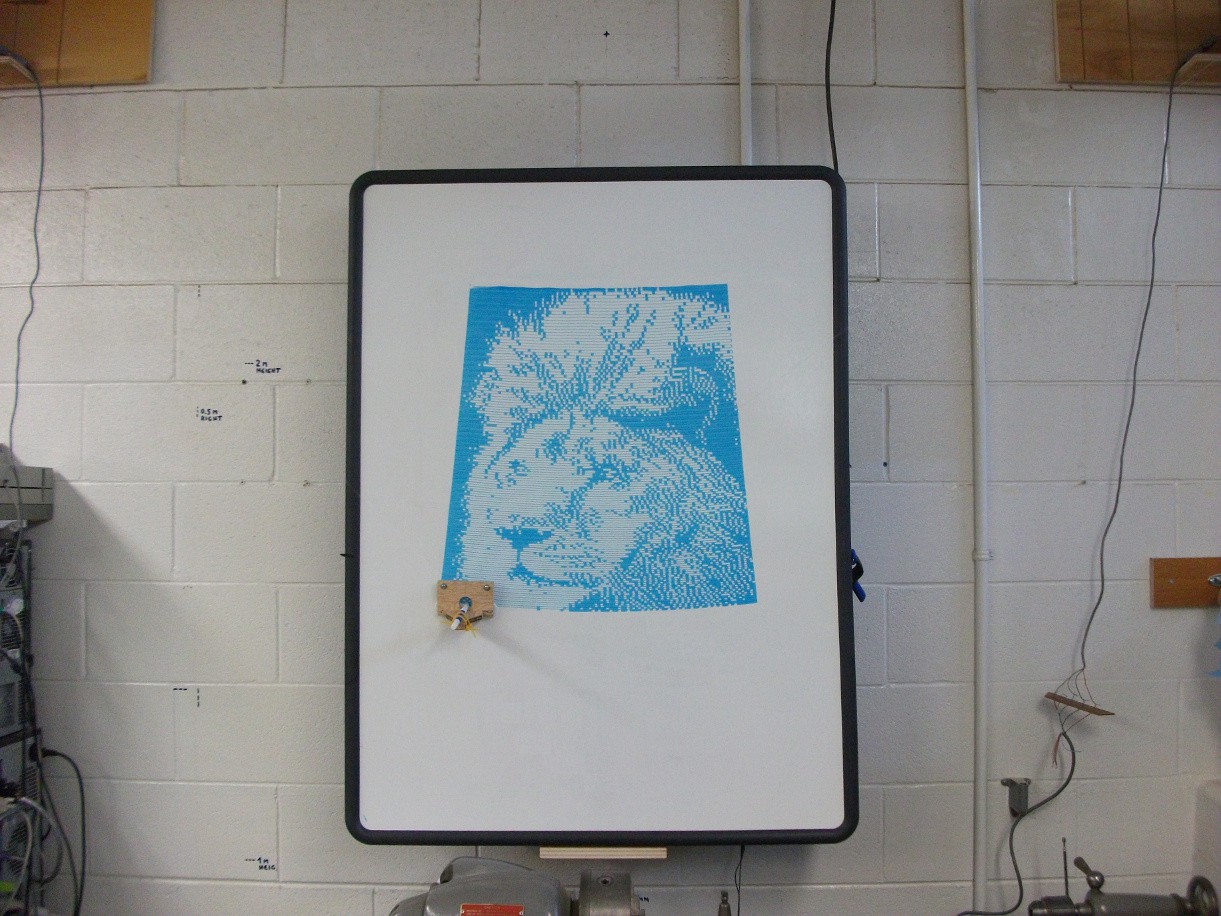