Things that catch my attention

This project is an attempt to make a highly accurate digital readout for a lathe or mill, and to do so very inexpensively. The preliminary goal is to hit 5 micron resolution (.0002”), but the ultimate goal is for 1 micron (.00005”) precision.

The project will be divided into three phases: making the scales (at 5 micron, 2.5 micron and 1 micron resolutions), making the optical readers, and making the control box and software. 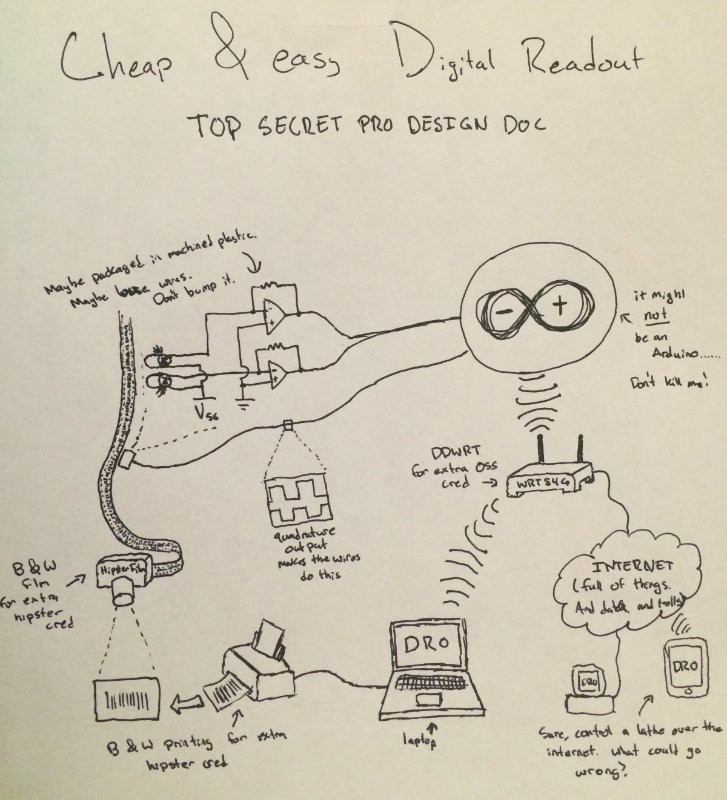