Making a mermaid tail that can be used to swim

That inspiration video simply used standoff bolts to screw the plastic to the monofin.  As can be seen in the end, it results in a bit floppy fin, with extra lumps, along with the future rusting of the washers.  Instead I wanted to glue it on.

I am not 100% sold on this pattern for the fluke, so I wanted it to also be removable.  The pattern I went with, pulls in, and then past the edge of the original monofin, fans out again.  This was done because the monofin has an edge made for rigidity, which I did not want to remove.  I did some swimming with the monofin unmodified, and the extra power is amazing, which I did not want to lose by making it more flexible.  My fear was that by cutting part of the edge off, I would reduce this.  So I'll try with this pattern, and if I don't like it, I can modify again later.

To do this, I hit upon the idea of using caulking as an adhesive.  I started with some silicone/latex blend that I had around: 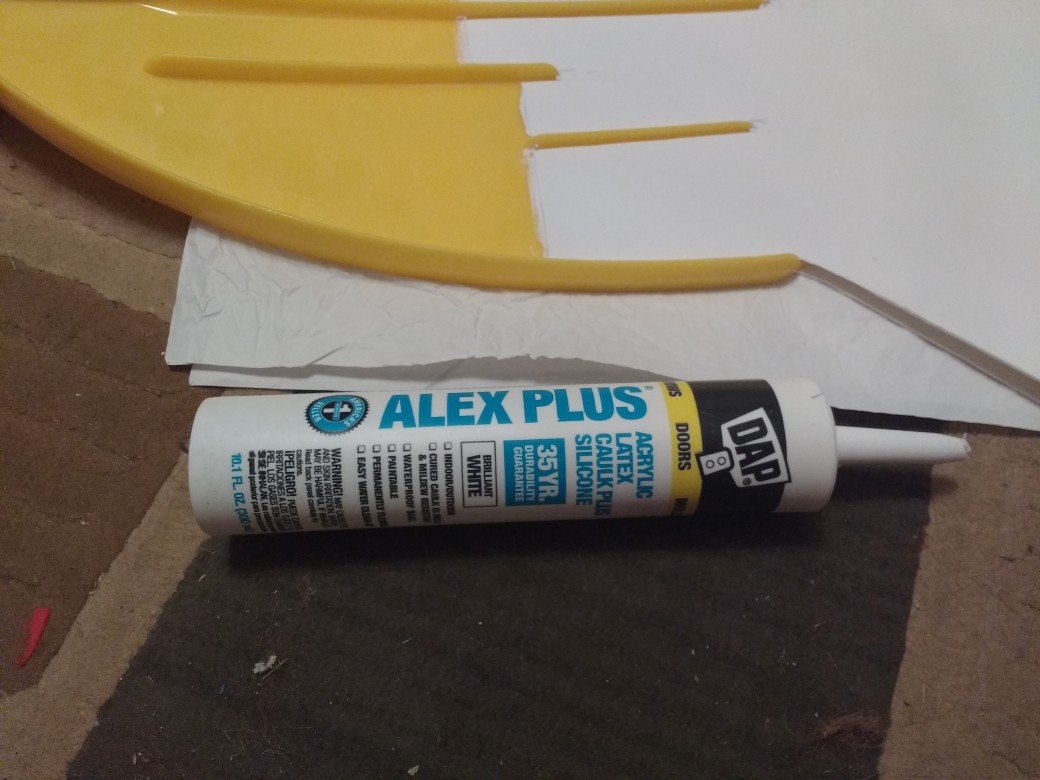 It was easy to lay down a bead, and press the parts together, as well as to smooth the transition edges: 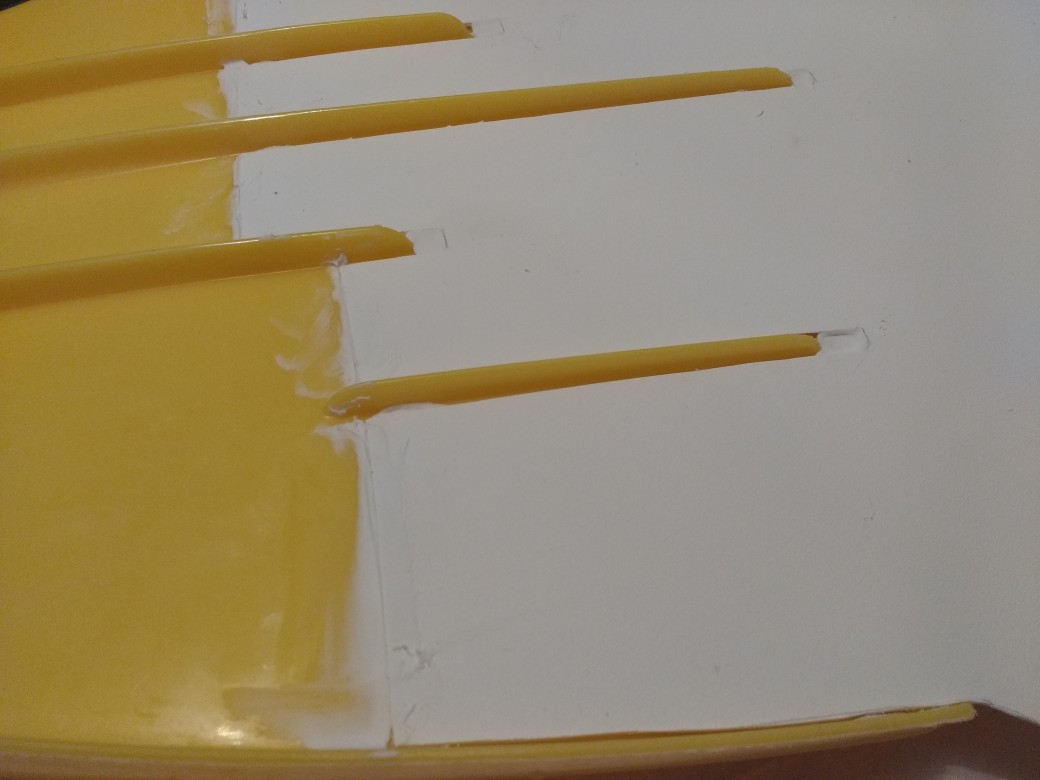 Once I got this all on, and dry, I remembered a problem with caulk that would make this approach fail.  Caulk cures using humidity in the air.  This means that while the transition caulking would cure fine, the bead I layed down between the plastic and the fin would never cure.  And sure enough, a day later, I pulled the plastic off, and it was still uncured.

Time for a different approach.