Through a combination of laser-cut acrylic, stainless steel, hand-formed glass, and neon, Cloxie is a delicate fusion of art, design, and engineering. The beautifully crafted display comprises a hand-formed glass 'bulb' containing very fine, sequentially arranged, stainless steel numerals. These numerals are individually illuminated with a warm orange neon glow–reminiscent of a vintage amplifier valve–to show time. The display produces no heat or noise, uses very little energy, and showcases, arguably in the most beautiful way, an easy-to-read (under any lighting condition) set of numbers.

What are Nixie tubes?

Developed in the 1950s, Nixie tubes were devised to display information accurately using glow discharge in an increasingly digital world.  In the West, their manufacturing ceased in the early 1970s as the (much) easier-to-use LED and then LC displays became common.  Although they continued to be made and used in former Soviet countries, their production stopped altogether right after the dissolution of the USSR, circa 1993.

Whereas many 'retro' projects today use these vintage Nixie tubes, a modern version appeared a few years ago–the first to be made anywhere commercially in almost a quarter of a century.  After many years of research and development devoted to rediscover lost manufacturing processes, Dalibor Farný made available an excellent overview of his outstanding handmade tubes:

How are Nixie tubes used in Cloxie?

Given their rare ... Nixie tubes are relatively expensive when compared to LED and especially LC displays.

How is time displayed in Cloxie?

Showing the current time using a one-digit display might seem difficult , however using a sequential approach makes it simple to display and intuitive to read. For example, 10:25am displays sequentially as: 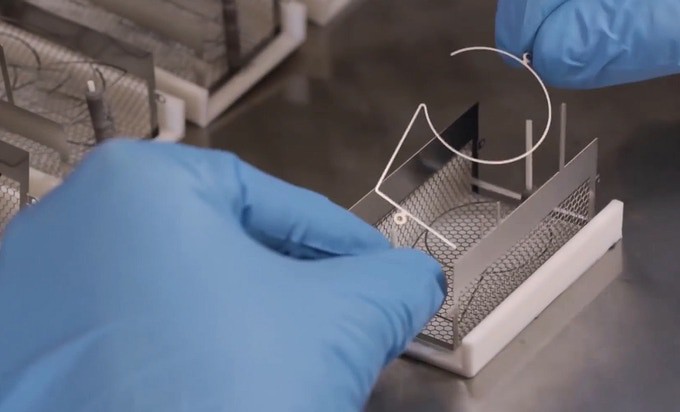 I was thinking a similar project but showing the global crypto market cap instead of the time.

An Arduino is used to decode and display time & date from the DCF77 "Atomic" Clock on a 1" 7 segment and 4x20 LCD display.
Project Owner Contributor