A small device to turn one IR remote control's power signal into another's.

The first step for this project was to figure out just what exactly the two remote control codes involved are.  To do this, I built an ugly version of the "silver bullet". 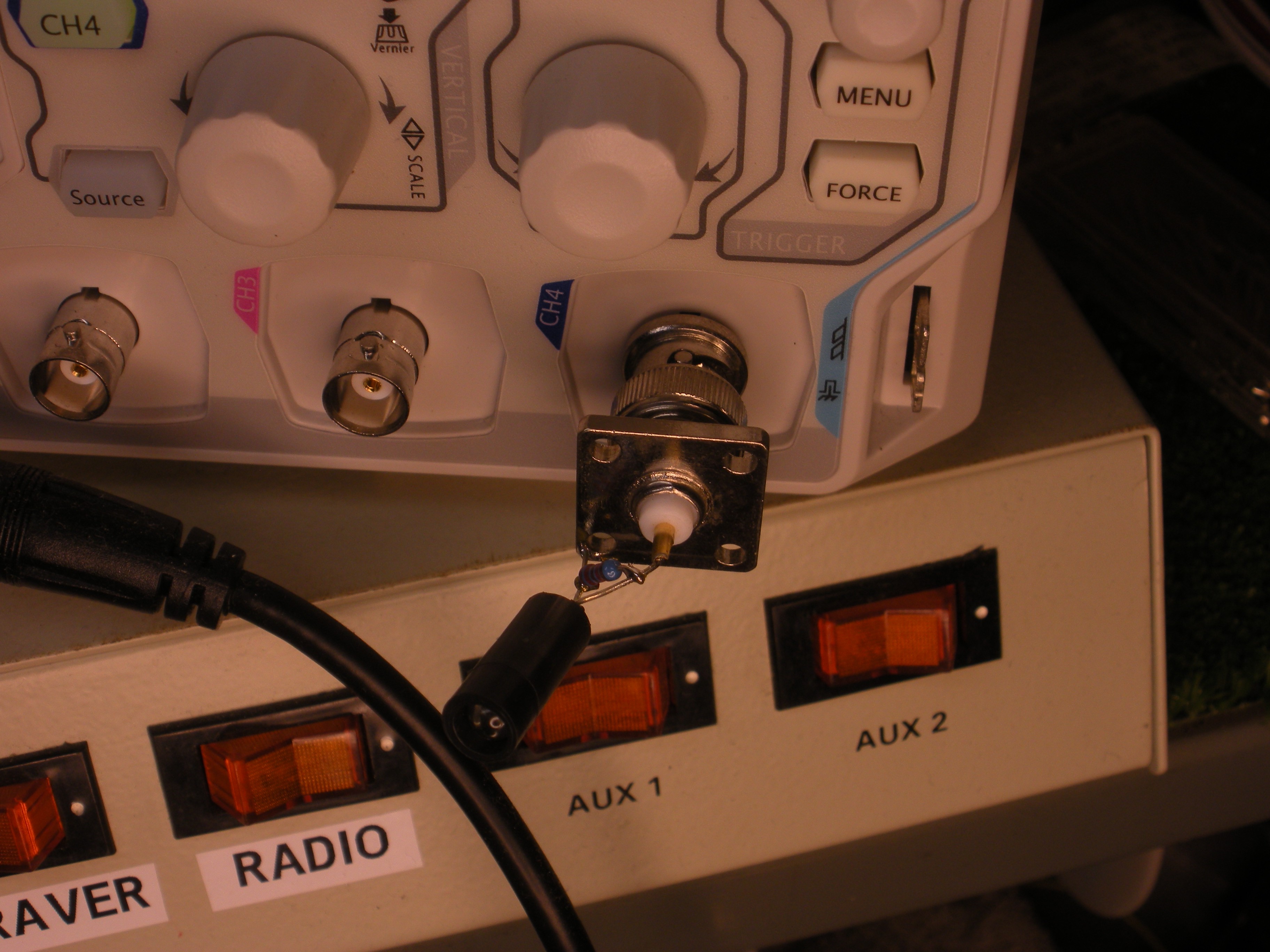 With this new weapon at hand, I pointed a remote control at it and pressed the power button.  A pretty nice signal appeared, which I recorded on the scope and analyzed. 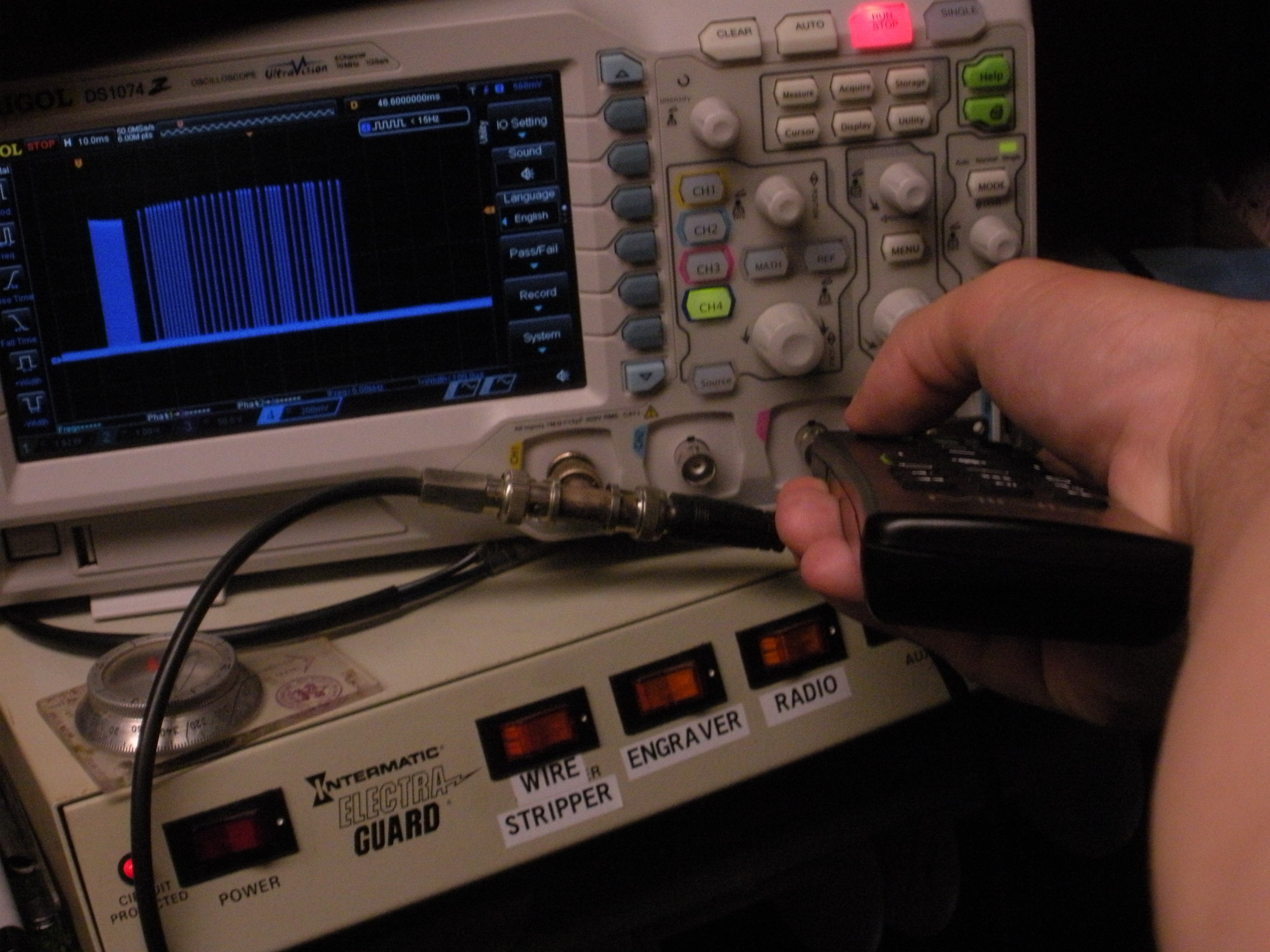 After a bit of research, I determined that this is the NEC Infrared Transmission Protocol.  With this knowledge, I easily decoded the address 0x80 and data 0x18.  I'll have to listen for this signal, and transmit the other remote's power button code when it's received.

Speaking of which, what exactly is the other remote's signal?  Using a similar technique, I found that it was using the RC5 Infrared Transmission Protocol.  The address is 0x00, and the data is 0x0C.  All the signals from this remote control seemed to be at about 106.6% of the normal speed for RC5, which interestingly made the carrier frequency 38 kHz instead of RC5's normal 36 kHz.  Whether this was intentional or not, I don't know.  Since this is the signal I'll be generating, I can try it both ways to see if the TV receives either one significantly more reliably.