A small device to turn one IR remote control's power signal into another's.

My STM32 "blue pill" boards arrived yesterday, and I started hacking away at some firmware.  I combined a couple different examples I found online and made the damned thing actually work. 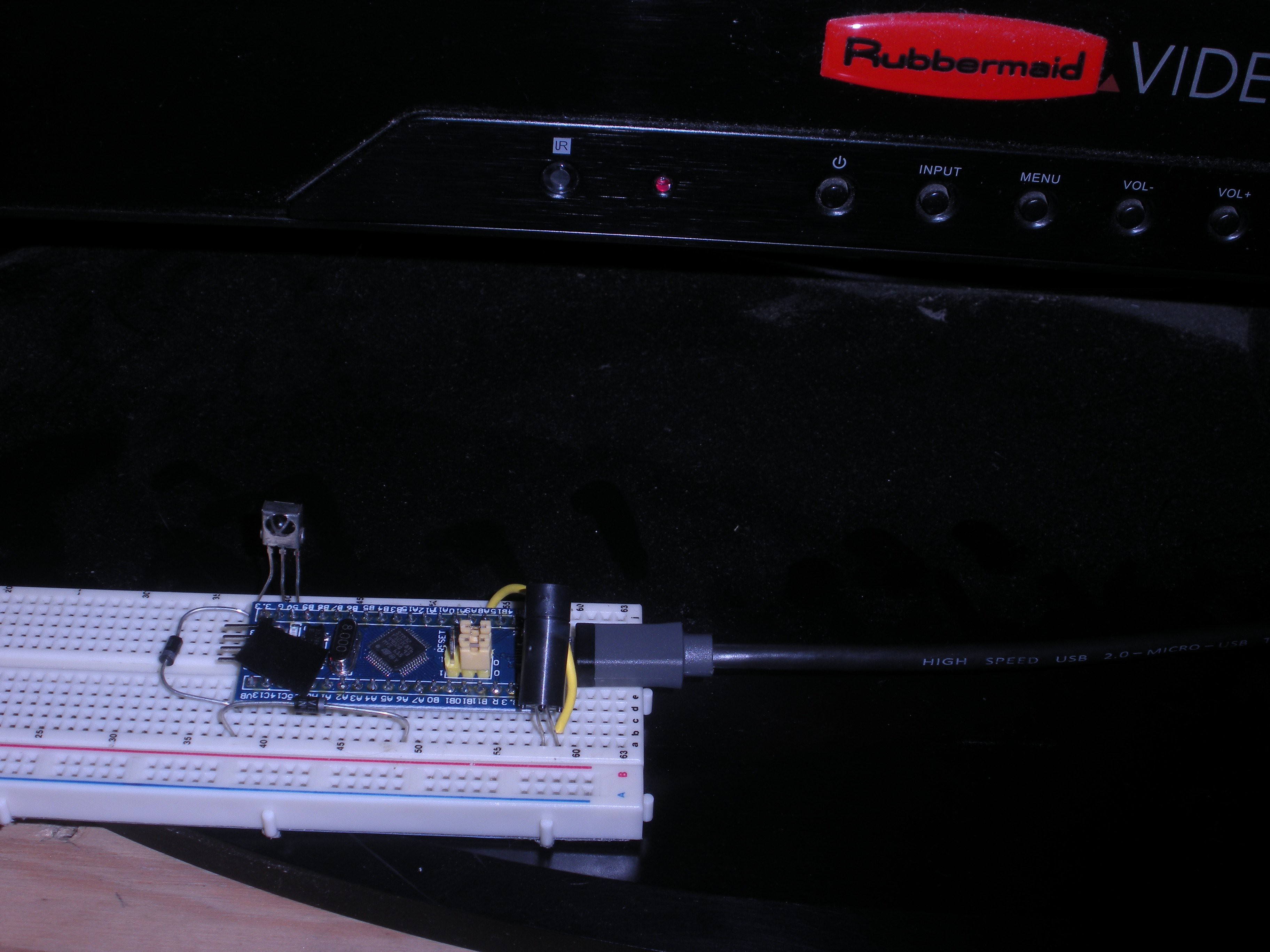 The IR receivers I had on hand all required 5 V, so I used two diodes to get a safe level for the microcontroller.  The electrical tape is just to make the power LED less obnoxious.  Soon I'll buy parts specifically for this project and build it in a more permanent way, and I won't need those diodes anymore.

The last example linked above, the IR reading code, needed some work.  Mr. Guglielmi reverse-engineered the NEC protocol, apparently not bothering to find out exactly what protocol he was reverse-engineering.  As such, some of his timings were wrong, and his code needed a repeat signal to be sent before it sent an event telling the rest of the code that a button press had been seen.

I fixed those problems last night, and the device works pretty well now.  You can check out the firmware from my Git repository, and the one C source code file says what pins are used.  I might release a more formal hardware design if anyone else is interested in making a device like this.