The cut-down mechanism did not work as well as hoped during the trial launch. This post discusses the issues and proposes a possible solution.

The problem with the cut-down mechanism

The main problem with the cut-own mechanism is that it doesn't have sufficient power to burn a hole through balloon latex at and near the throat; at least not in a reasonable amount of time. One needs to remember that latex, being a polymer has a lot of strong chemical bonds between atoms. A lot of energy is needed to disrupt them. Also once a hole is made, there is negligible force present at the throat to open the slit to let out a decent amount of Helium gas.

Some testing was done with "best case scenario" where we had a good 6.75volt power supply with minimal hook-up wire connected to cut-down device against thick latex, thicker than what would need to be burnt in reality, but not excessively thick. The Nichrome wire hardly made a dent against the Latex. Even after repeated attempts, we had very little to show.

The conclusion I draw from this is that we cannot rely upon the cut-down mechanism as it stands now. Even if the latex is stretched a little, we cannot expect it to burst the balloon, or even put a hole in it. A different strategy or alternative cut-down design is required.

Below is a picture of a proposed system (still yet to be completed). Its segment arm is "spring" loaded so that it should rest against the interior of the balloon surface. At the pointy end is some nichrome wire to burst the balloon. 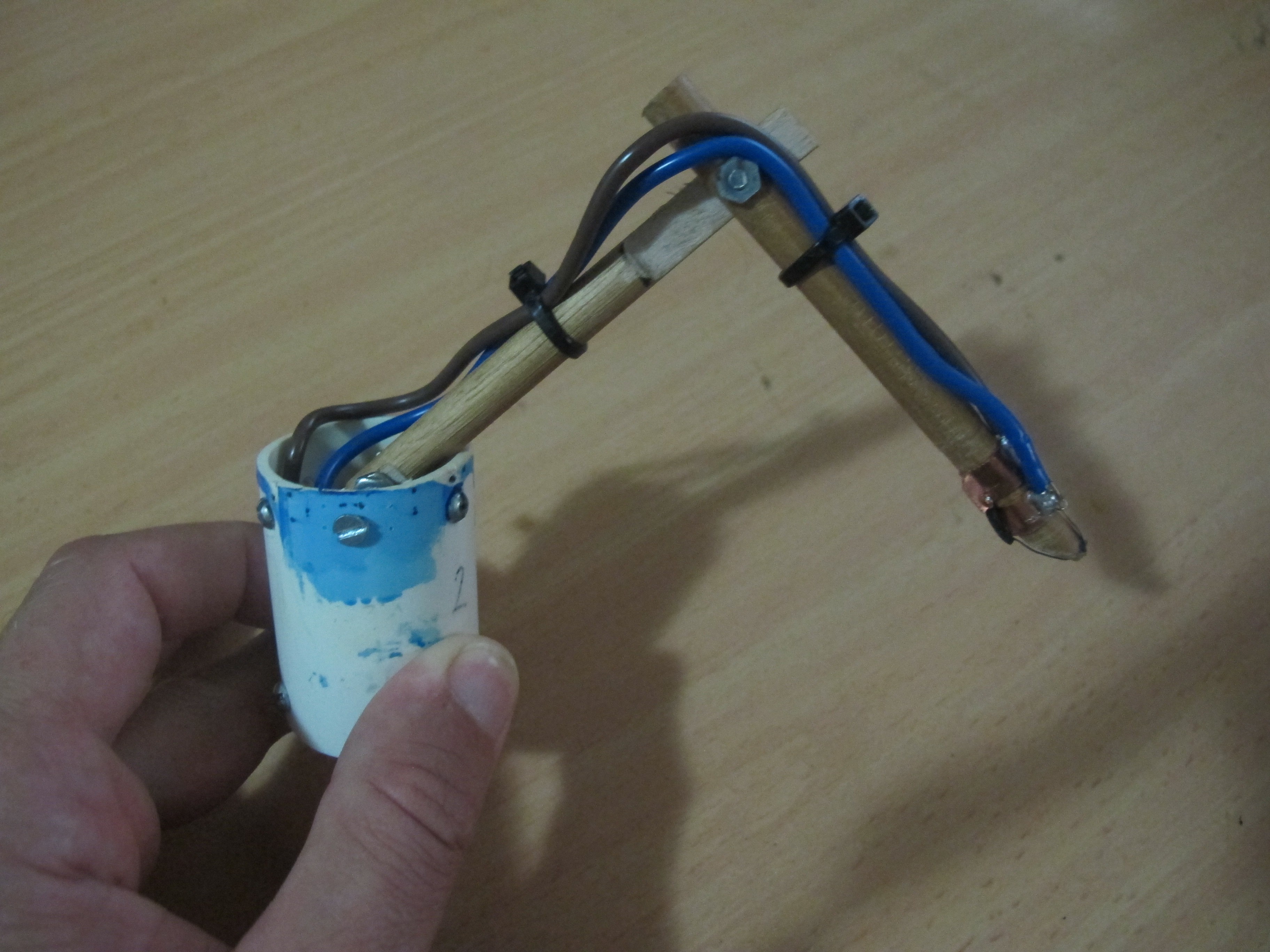 We will be inflating another balloon with air this time and simulating a cut-down.

Gimbal for the Spot Messenger