Jacks in a Box

I managed to pick up a few critical parts while out shopping today. I found a 3.5mm TRRS auxiliary cable and a small mint tin to act as an enclosure for the cassette-to-phone adapter. 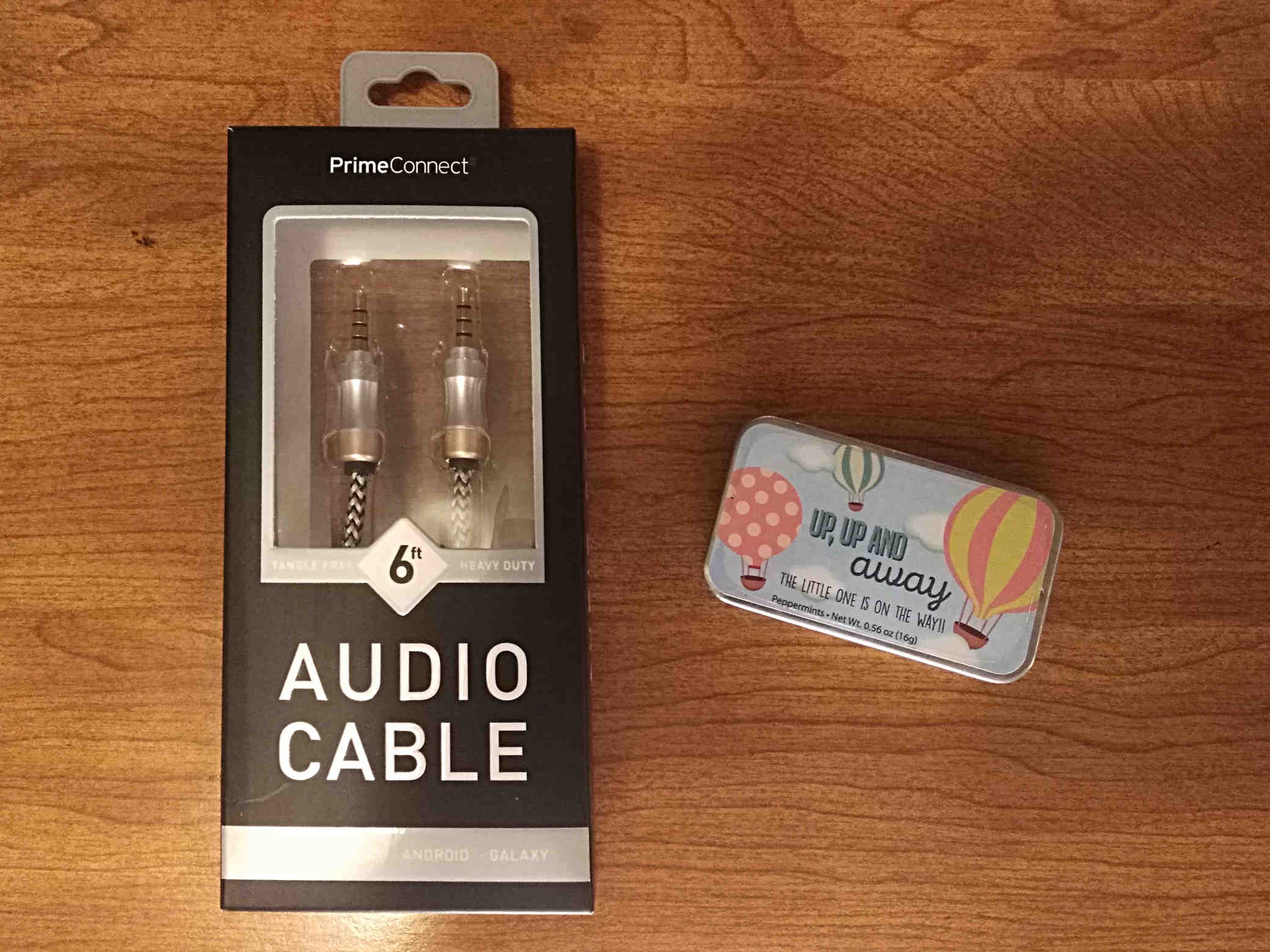 The original purpose of the adapter was just to adjust the signal out of the tape player to the level of a smartphone microphone input. I dislike the idea of only using a single stereo channel, so I decided to use the extra channel for music or commentary. I came up with a design that allows the left tape channel to be used for SSTV signals and the right tape channel to drive a pair of headphones. 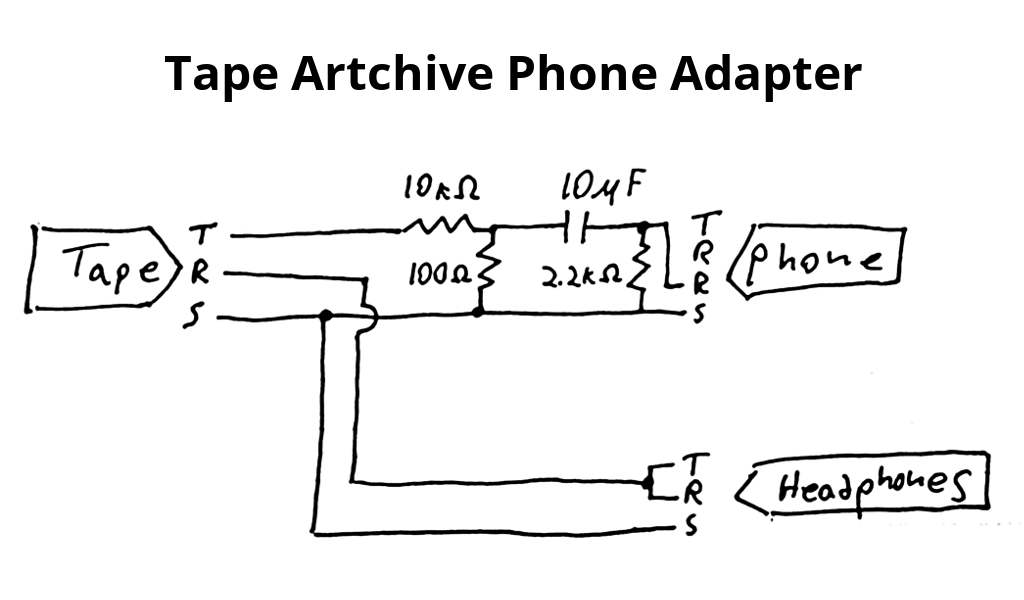 This adapter tricks a smartphone into detecting a connected microphone by placing aresistance across the second ring and sleeve of the TRRS connector. A capacitor prevents DC current from traveling between the player and phone and prevents the attenuator created by the 10kΩ and 100Ω resistor from decreasing the resistance observed by the phone. This capacitor also creates a high-pass filter combined with the 2.2kΩ resistor, but the filter has a cutoff frequency around 7Hz so performance should be unaffected.

I used a small breadboard to prototype the circuit. I cut the TRRS cable in half and soldered each side to header pins to make them easier to work with. I bridged the second ring and sleeve of the TRRS connector going to the tape player because I needed it to behave like a TRS connector and didn't know which contact the tape player's headphone jack would connect to. 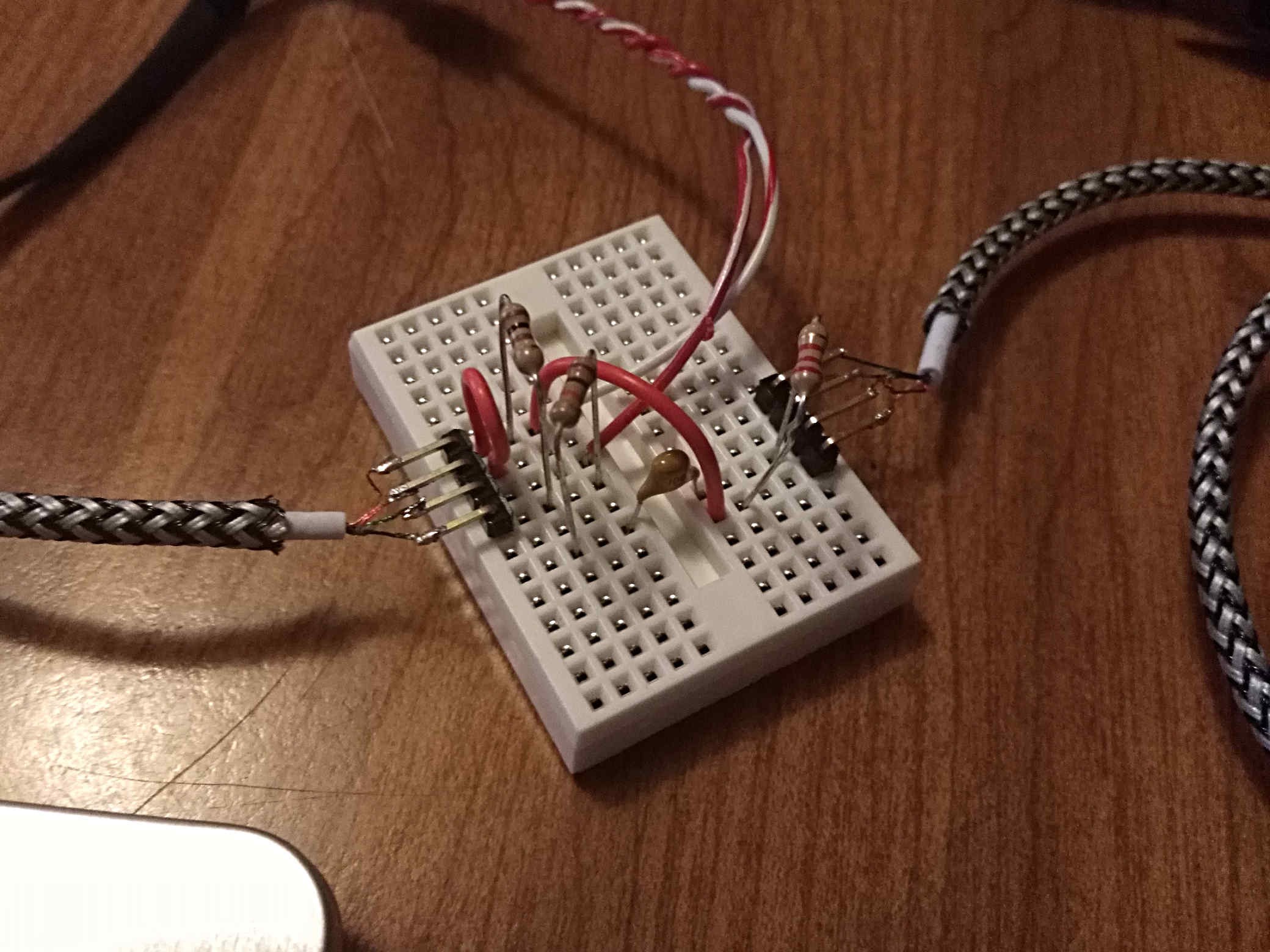 I tested this adapter and found it to work with my Honor 5x Android phone as well as an iPhone 5S. After testing, I put assembled the circuit on a small piece of proto-board and placed it in the metal mint tin. The wires are secured with zip-ties that are epoxied to the inside of the tin. This provides no strain relief, but does secure the wires from being moved. I also added added a small screw to keep the lid from accidentally being opened. Here is the adapter ready for labels. 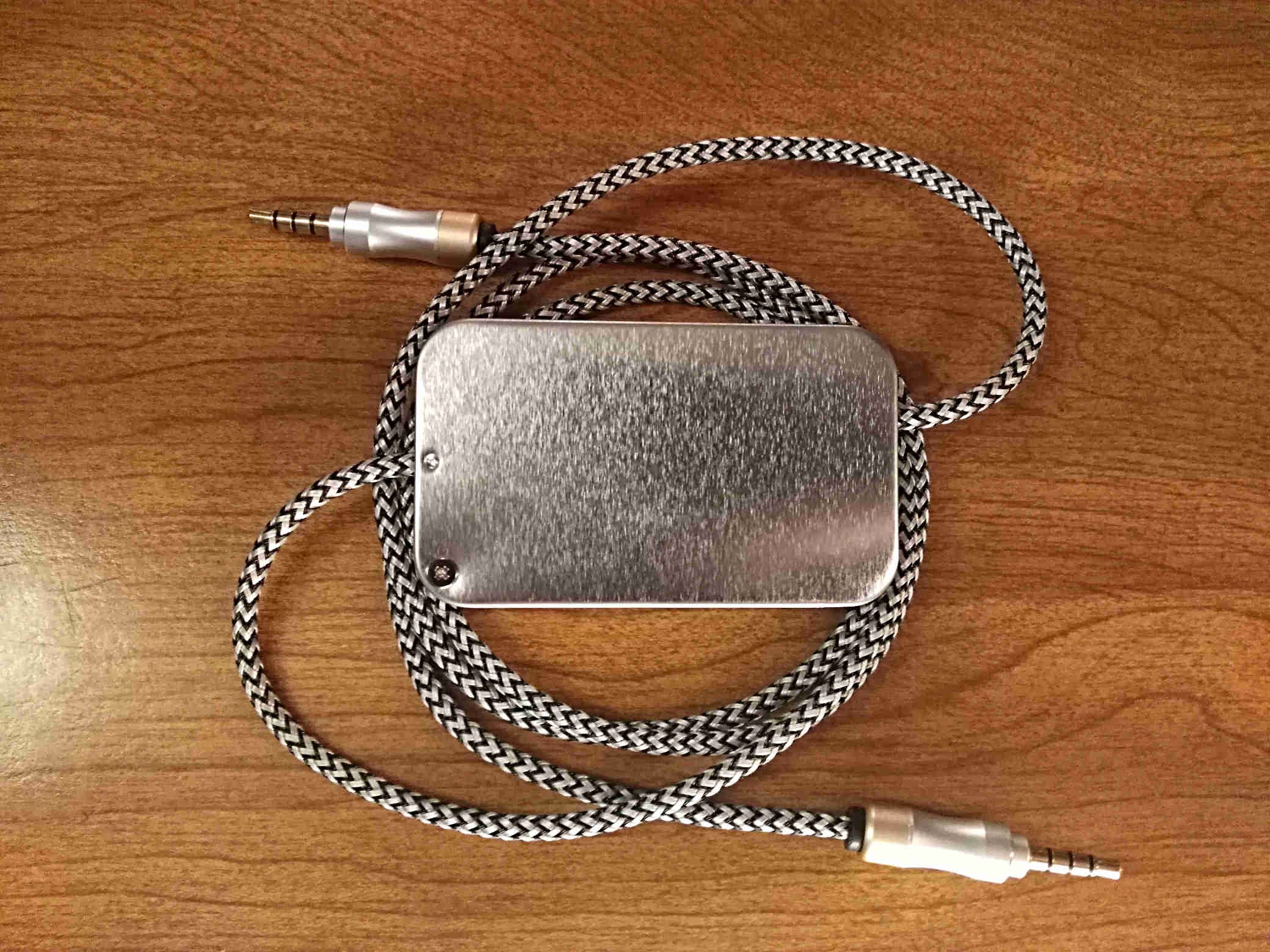 I'm still waiting on belts for the Sony tape deck to arrive. Once I have those I'll be able to run some format tests. While I wait I'm going to work on adding the commentary/music track support to the make script.