Make a thin and beautiful battery powered wall switch based on cheap Livolo glasses and development board Z-Uno with Z-Wave radio inside.

My home is automated by Z-Wave radio switches, dimmers, LED strips and a lot of sensors. It works perfectly, but I don't like the appearance of the switches, so I decided to make a touch switch with a modern design. The switch runs on batteries and can be mounted to any convenient location. For my child I put the switch near the toilet at a height of 1 meter. 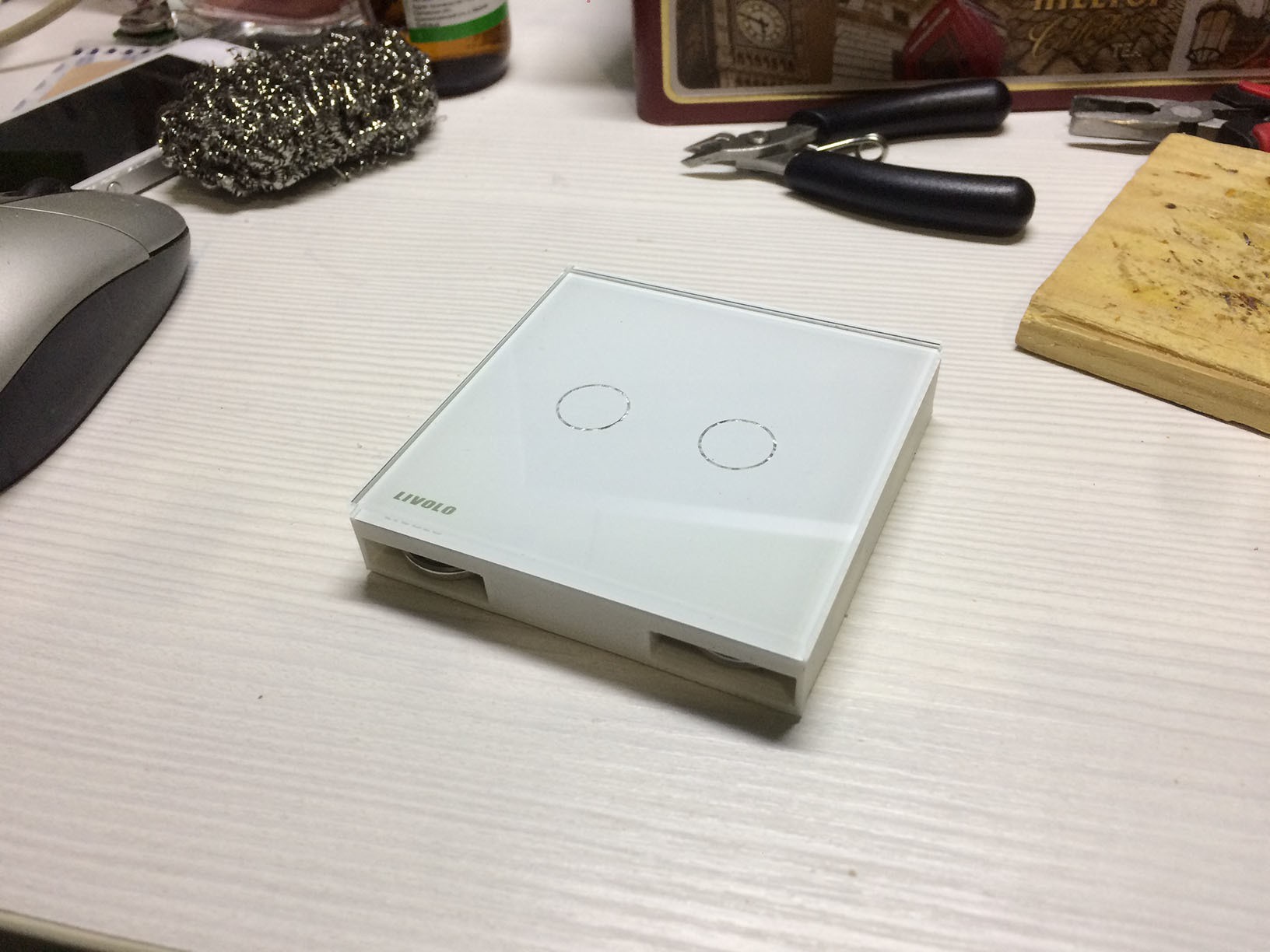 The brain of the switch is a Z-Wave development board Z-Uno, compatible with Arduino sketches and supporting Z-Wave radio communications. I made the board with two touch sensors based on cheap chip TTP223 and have mounted on it Z-Uno. As a front panel I use a glass from Livolo switch, it's very cheap and looks good! 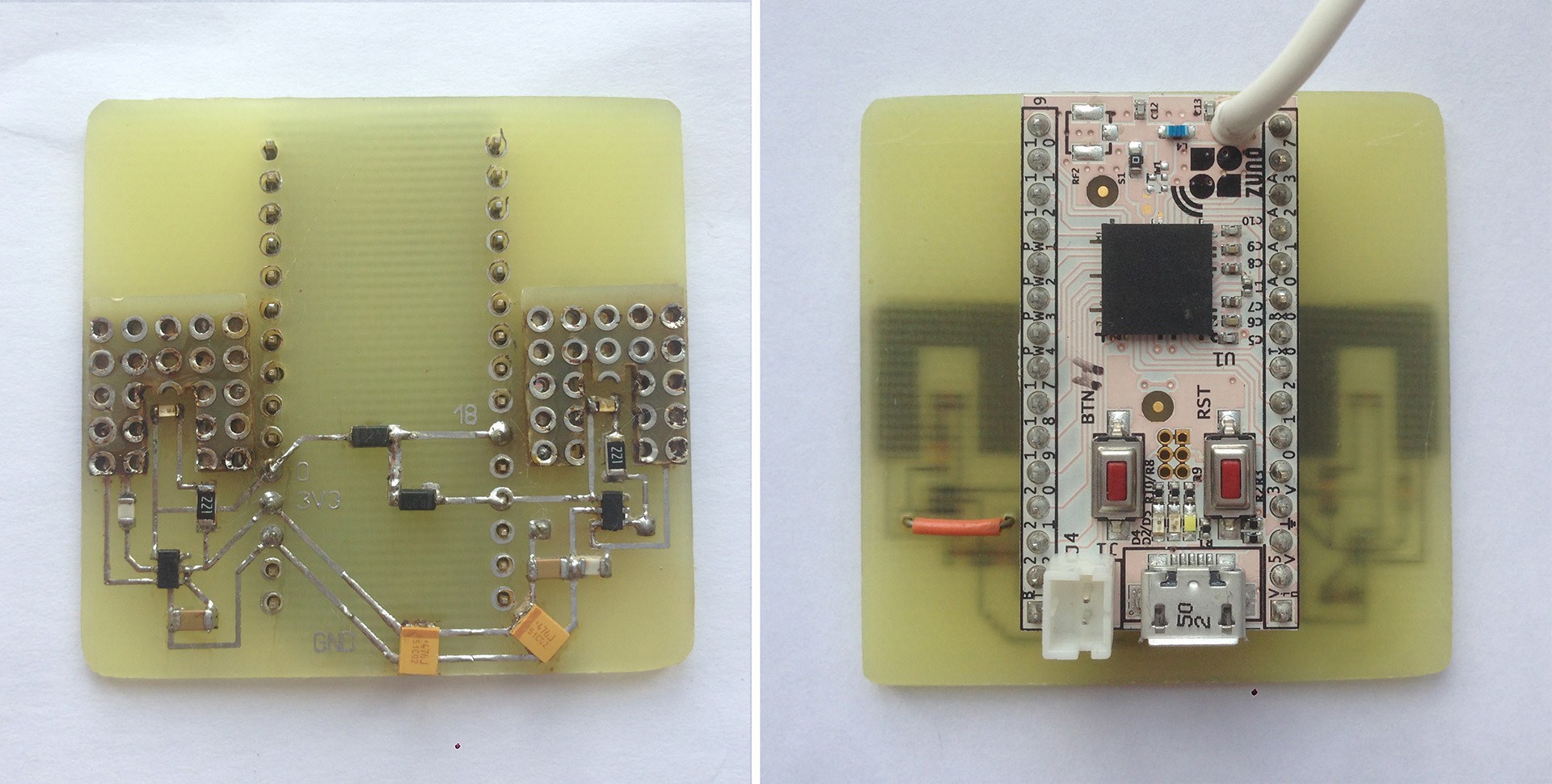 The switch is powered by 4 x CR2032. Since the switch is always in sleep mode,according to my calculations a set of batteries should work for 2 years. Touch sensors chips are connected to Z-Uno through 2 diodes, when detecting touch TTP223 wakes the Z-Uno and it sends a radio command ON or OFF. 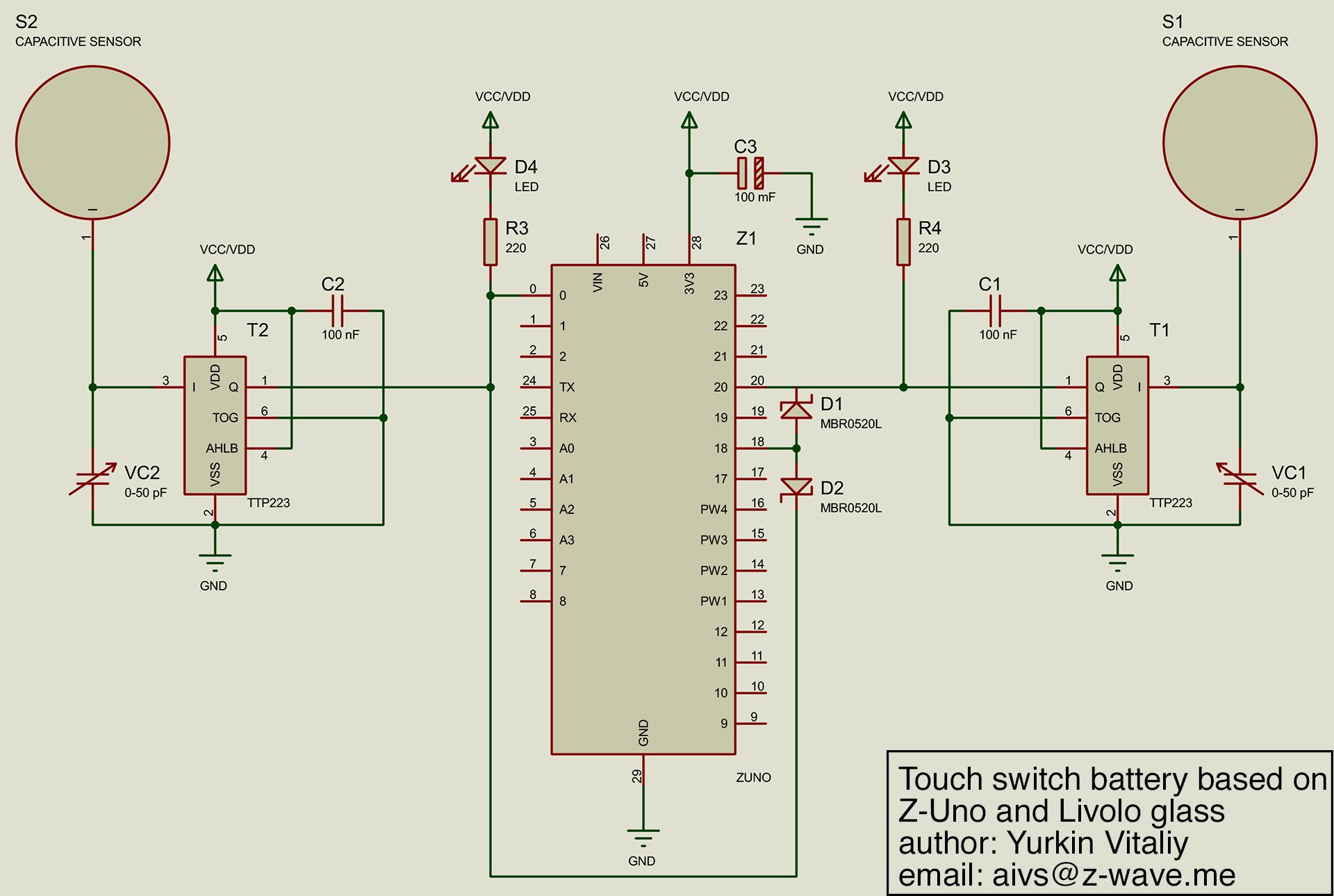 Programming the Z-Uno very easy: if you have experience programming for Arduino, you can program Z-Uno too. For programming you only need the Arduino IDE. 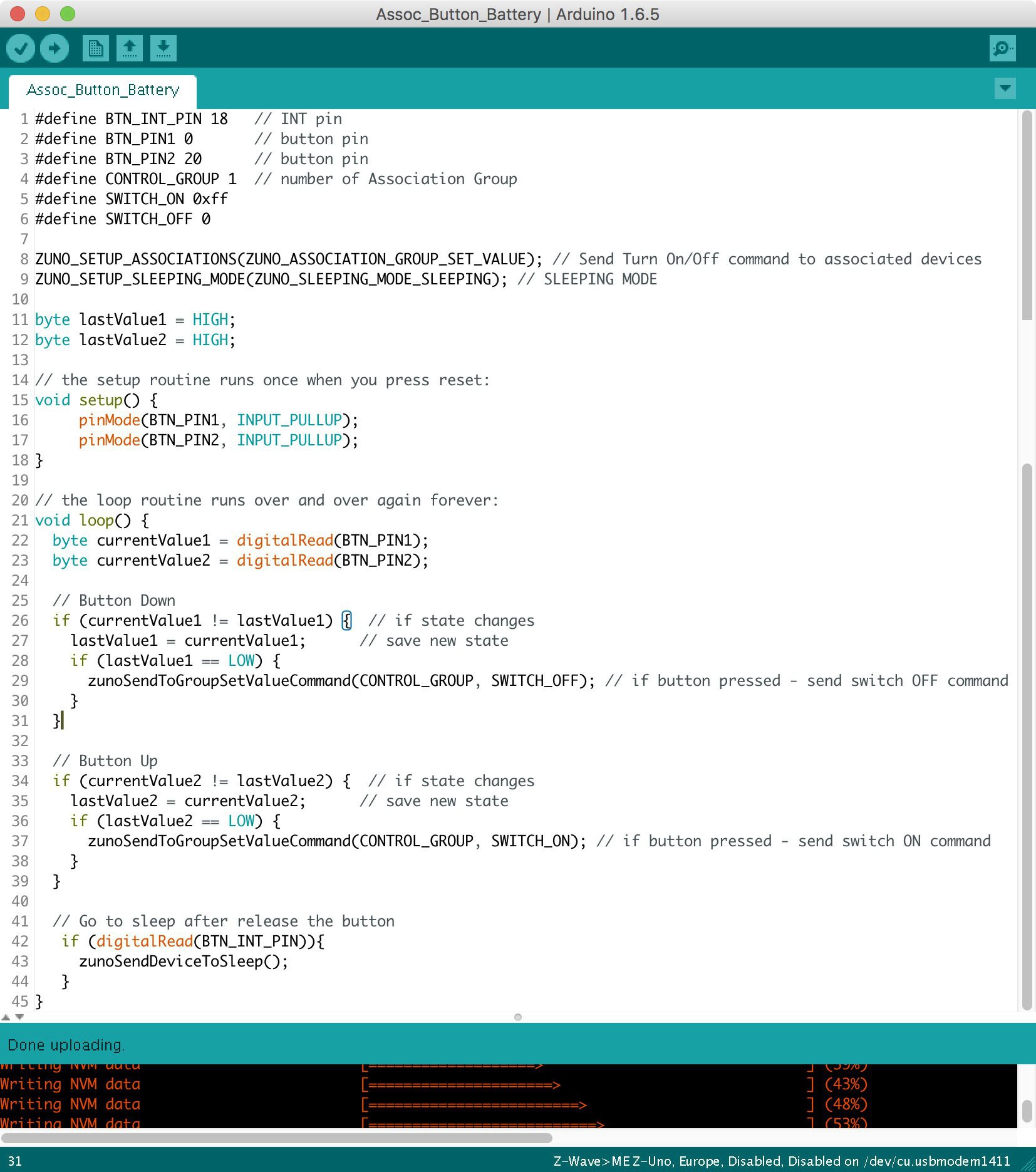 The case is designed in Blender and printed on a 3d printer. It provides space for batteries and frame for mounting a glass. 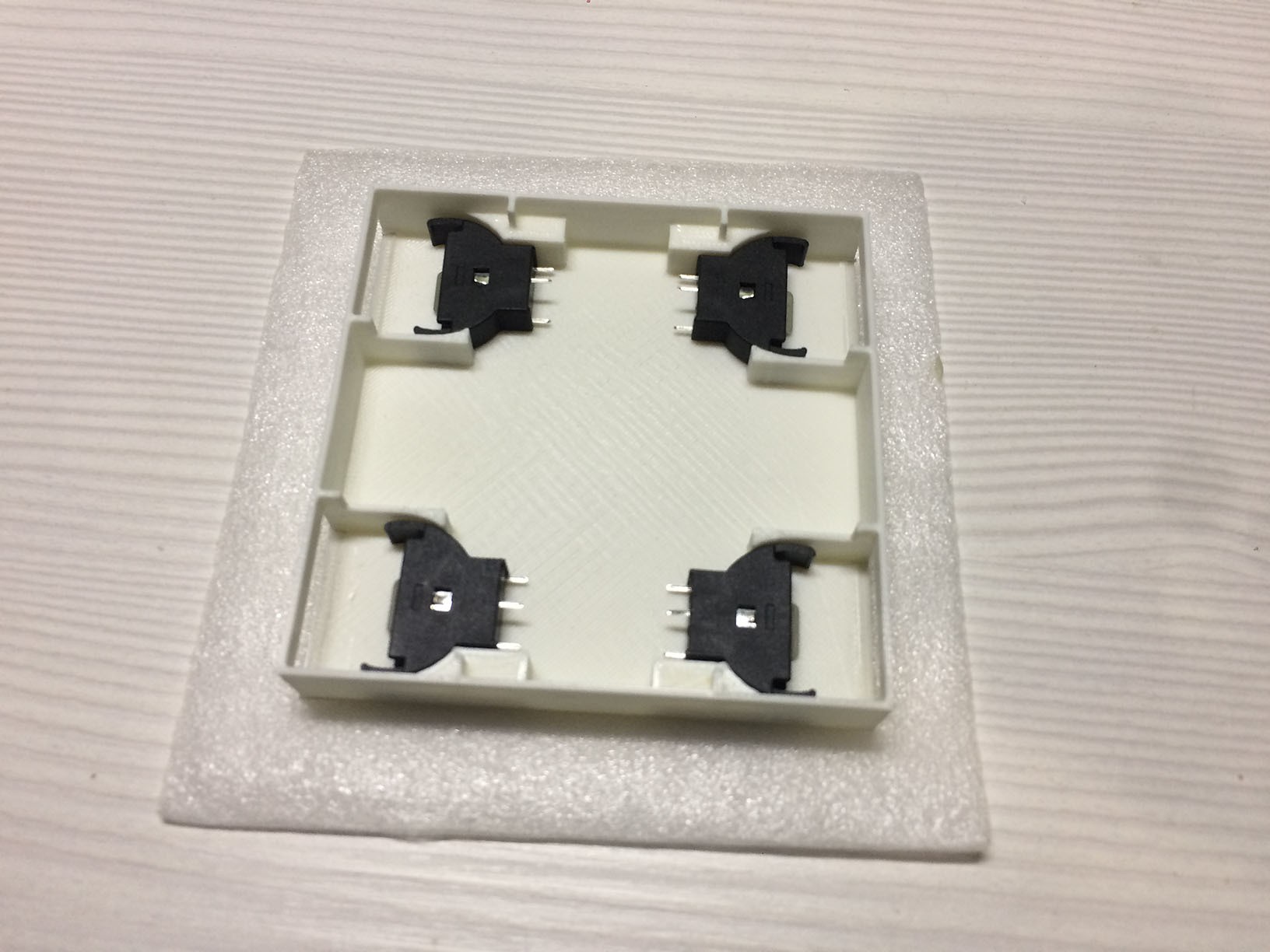 After Assembly of the switch and programming the sketch, need to add switch into Z-Wave controller (I use RaZberry) and to configure the association between the switch and relay. I made a few of these switches and glued them in different rooms. The appearance and functionality of the house immediately changed. Looks futuristic!

Is it possilble that you provide your blender file for the case?

Hi, after one year of use batteries were not the best solution, Li-Po better. Post un russian, see images and video.https://habr.com/ru/post/413473/

The 2017 Hackaday Prize
What if you could have a universal switch interface that could support different types of switches all-in-one device?
Project Owner Contributor

The 2018 Hackaday Prize
How alert and happy my mother (with Alzheimer's) became when she heard familiar songs! Lift the book, turn the page--the book does the rest.
Project Owner Contributor