OrthoSense is a wearable multi-sensory knee sleeve to monitor the progression of Osteoarthritis.

While starting this project, I saw this sensor as a potential bottleneck due to my size constraints. Despite multiple failed experiments using a PVDF film (LDT0-028k) as it coupled to the knee using 3m adhesives, The signal was not too promising and the coupling method was a no go for a final prototype.

I turned my sights back to the CM-01B sensor and wanted to figure out how on earth these guys pulled it off. I had gone through the publication the makers of this magic sensor had published  (Reference publication by MEAS spec) 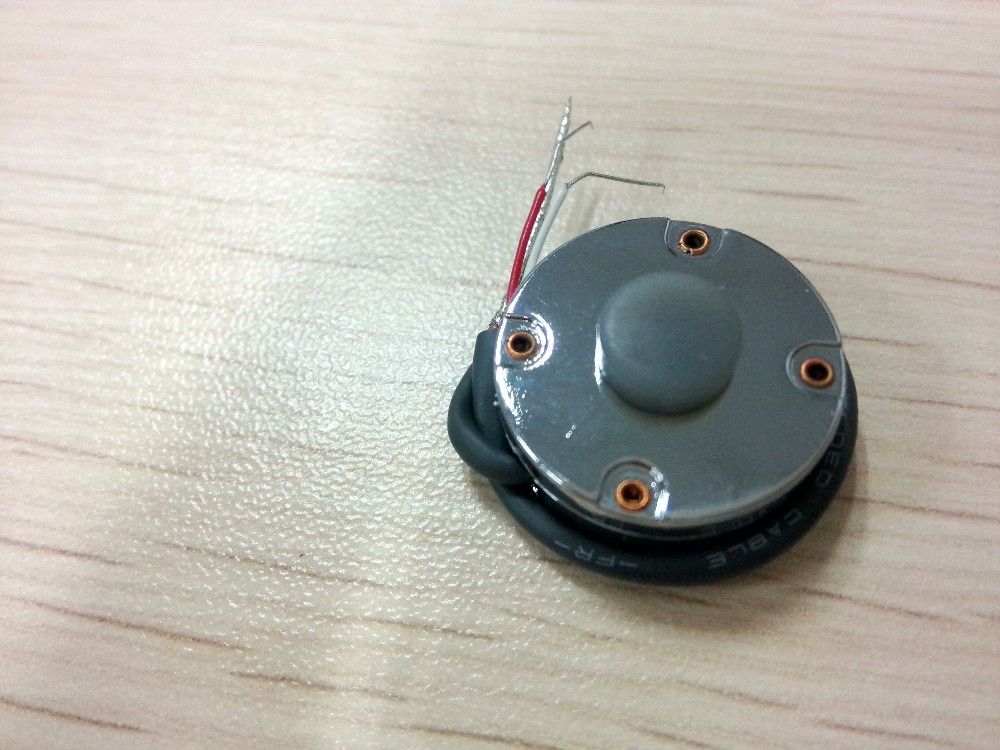 The tech sheet had some interesting illustration which gives some critical insights about the working of this sensor, The film in this case is stressed and kept in curved form factor. 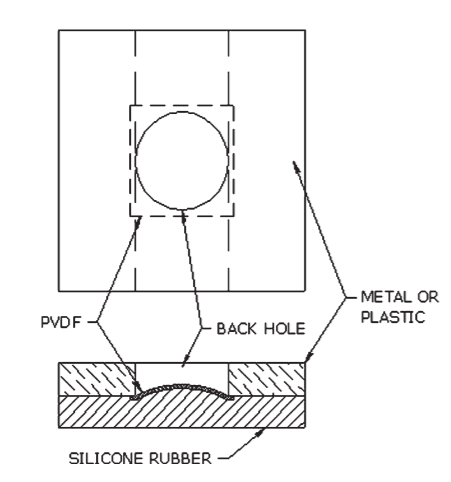 While this was quite valuable to know I decided to get a more detailed insight by doing a bit of a teardown. Despite seeming to be rather simple an innocous, The device was rather difficult to teardown. I first tried using Allen keys to get the pins out to remove the sensing element from the enclosure but I was unable to get it to work.

I used the drill for on the four copper rivets to grind them out while holding it in a vice. Eventually they came off freeing the enclosure and the sensor module. "Not such a tough guy are you now" moment :D 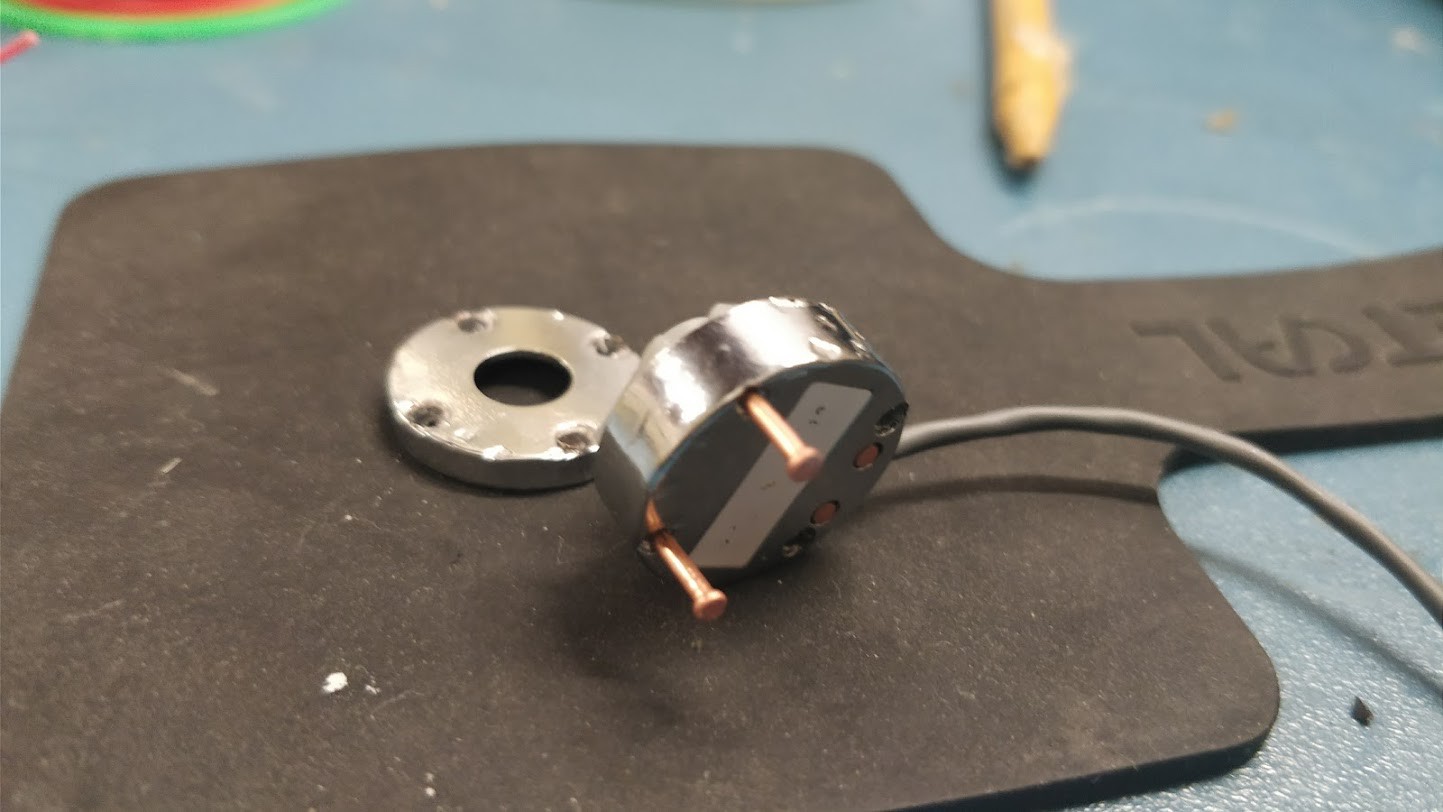 Inside the sensor we also find the transducer and circuitry to pick up the mechanical vibrations and contact sounds from the various sources. 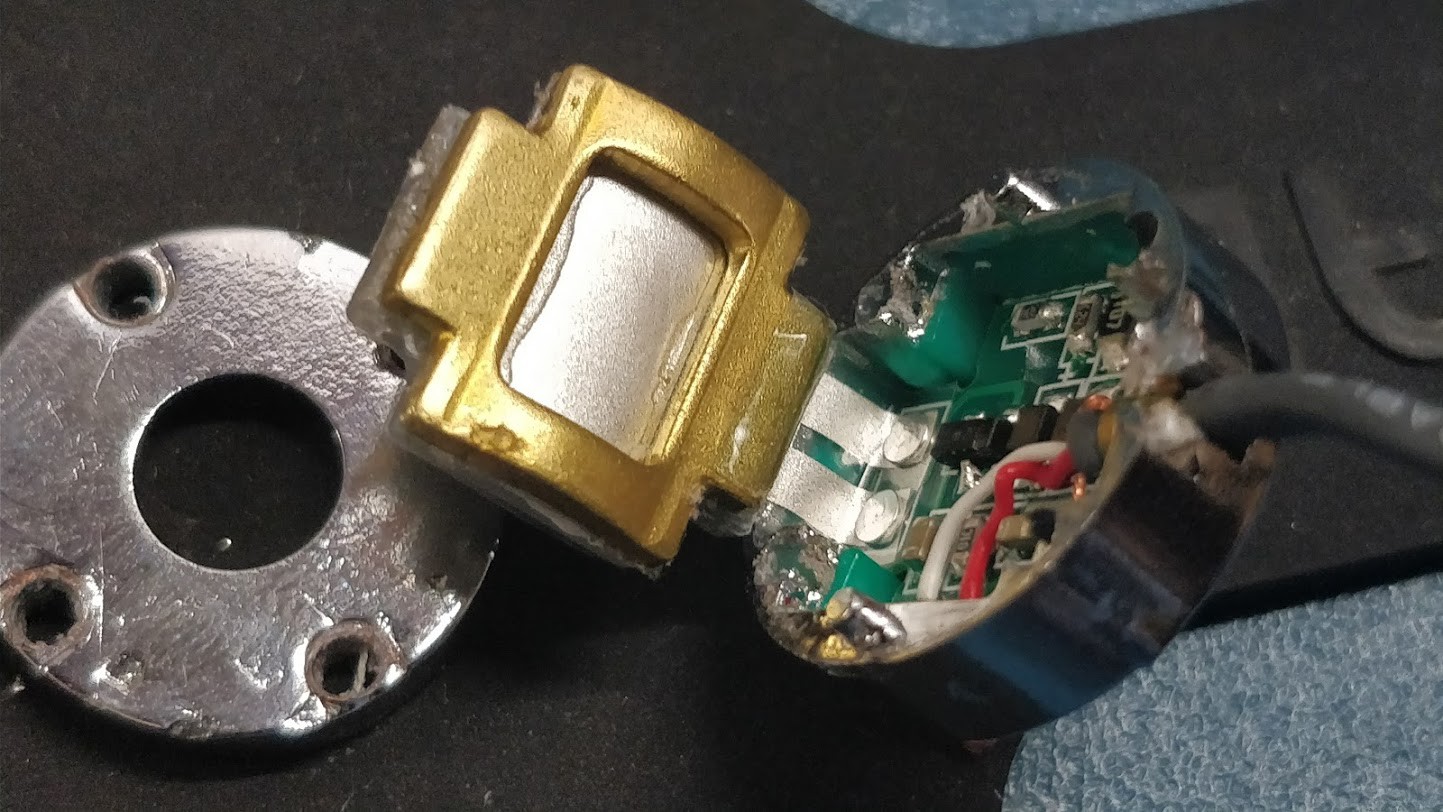 The setup consisted of a rubber extension which was coupled mechanically to a curved PVDF film held in place by a stiff holder. The film was also connected to preamp circuit which outputs amplified signal. 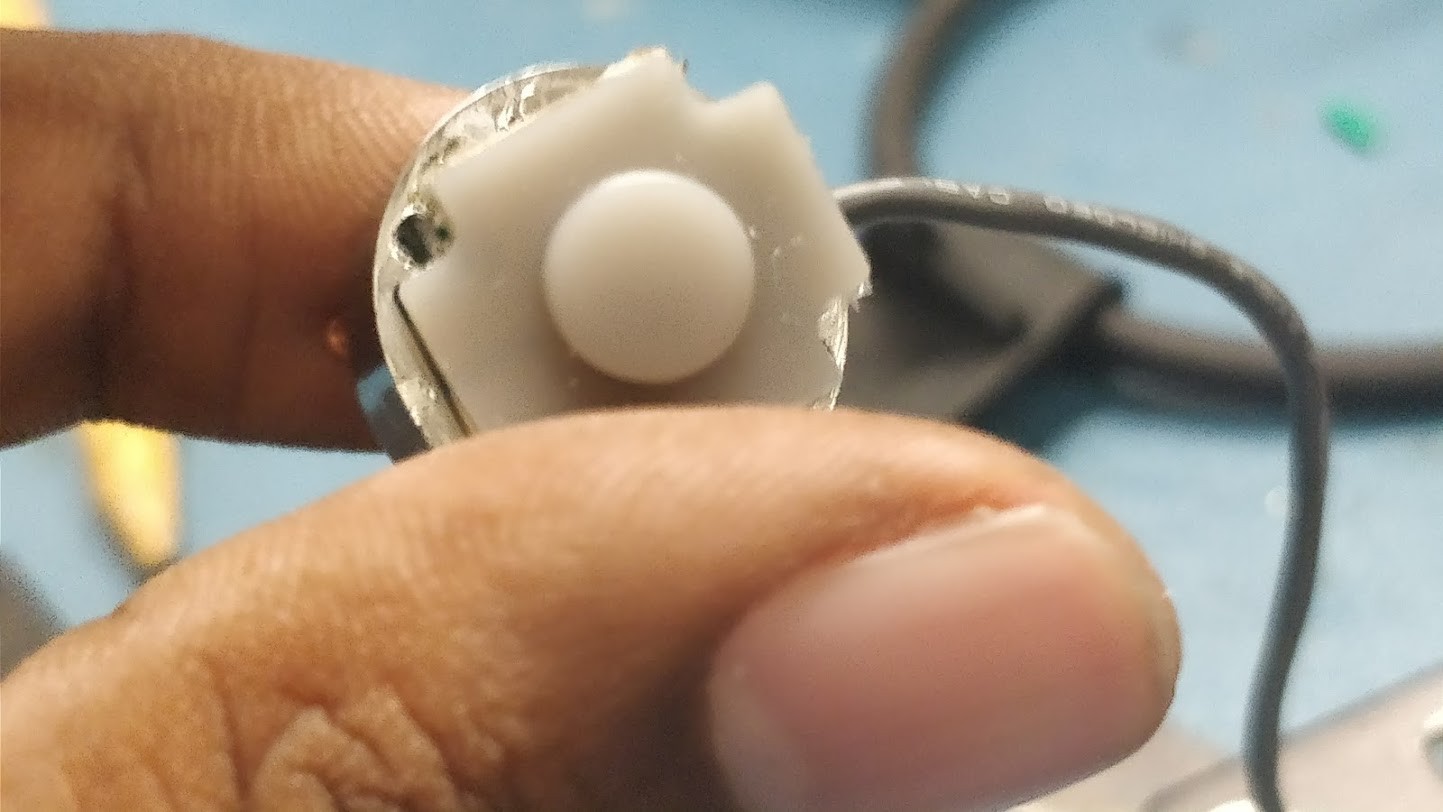 Top view of the sensor.

From the above we can infer how this device works and why it is quite accurate compared to simply coupling a PVDF film to the knee. Next I would need to design a custom version of this and try to make similar results work.

Also, I think I need to give my hand a bit of rest after all that drilling.