Hi there,
I wanted to expose one of the latest projects I've done around hardware and software design.

The core development took me about 4 months ( cumulated work, over some years ) to achieve, and test. It is object orientated programming ( sort of as shield use is ) and highly reusable for variety of applications.

As such I'm usign 16MHz processors to do the job, and code is written with no actual loops, or blocking conditions ( except boot sequence :) ) and the result is pretty fluid with very few latency, even in the RS485 communications.

The supervisor module has a webserver that does deliver good results, although not superfast, but good enough.

So far I've built, out of the global project, 4 components, that involve most of the classes to be written : supervisor/web module, room climate,water tank, and watering module that are detailed below. Primary target is green houses, but it could also be used elsewhere in homes.

This module manages mirrors of all connected devices on the control network ( RS485 ) and delivers user interface via TFT and webserver to users.

Currently, there is a variety of components that can be assembled very simply through software ( and therefore lead to different modules as a final assembly ),

This is a collection of core classes to manage sensors, engine and other power electronics components

Some of the first containers for the modules have been fully 3D printed, but 3D printing took so long and due to the shape for these, generated rafts and supports that were sometimes hard to get rid of. The latest modules have been designed using mixed 3D printing for the sides, and Laser cut for the top and bottom, significantly reducing printing time and ease of assembly.

This design relies on Arduino boards : Mega for supervision, and Arduino Pro Mini for each other module. I'm considering use of Teensy boards with much higher CPU capabilities to develop more efficient components, and deliver more computational abilities to serve more complex purposes. This current implementation however serves quite well any requirement for home or green houses / gardening automation systems. 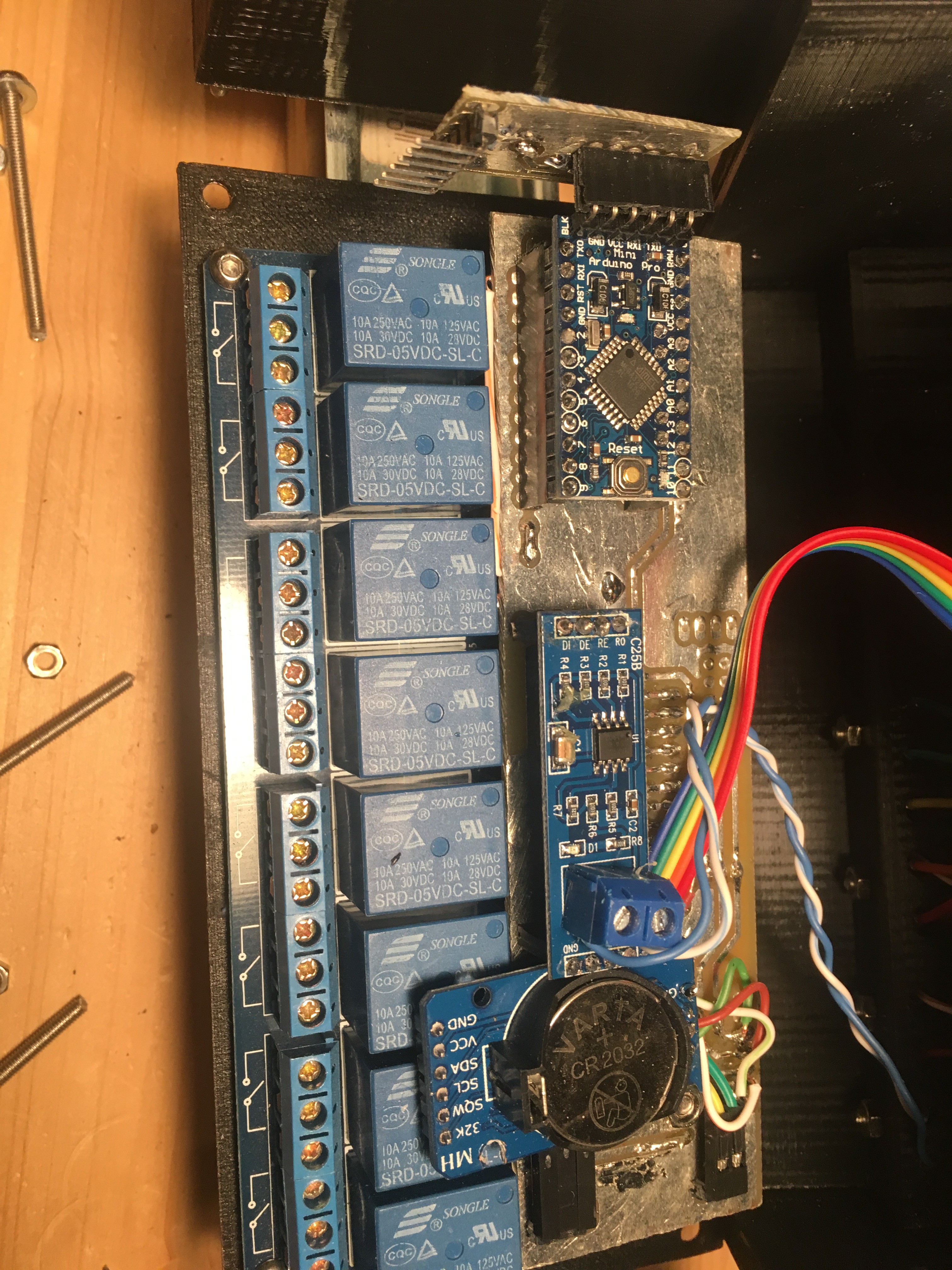 PCB are not like a final version but this is already much more reliable than the web of wires it was in the first version I made for it :) 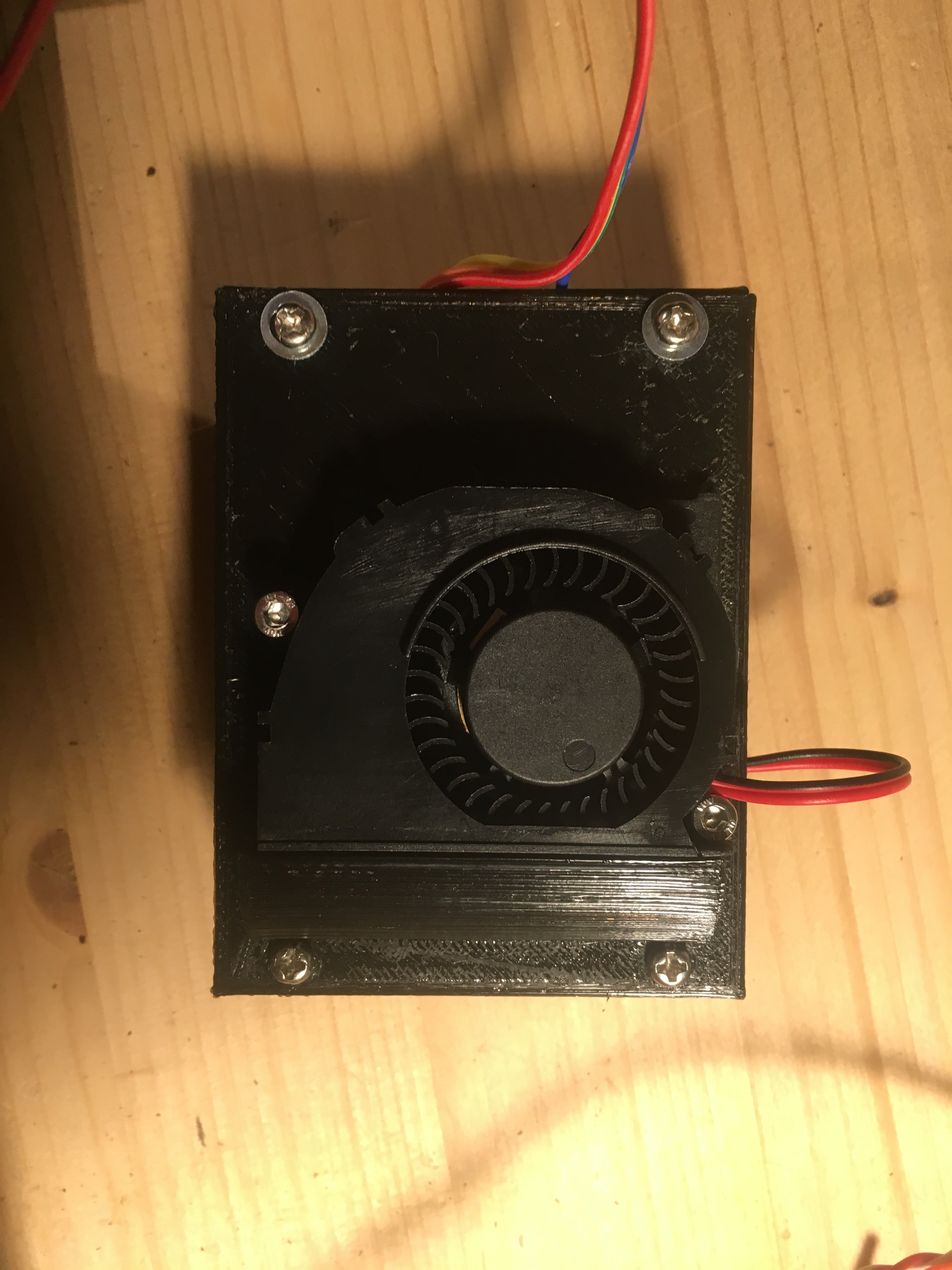 Initial design did not include a fan. It worked, but this one does respond much faster to air composition changes.

Note: I initially tested DHT11/22 sensors for temperature and humidity - and I have tried several ones - to conclude that, in comparison with my reference for T and %HR these are just not as good as they are said to be. 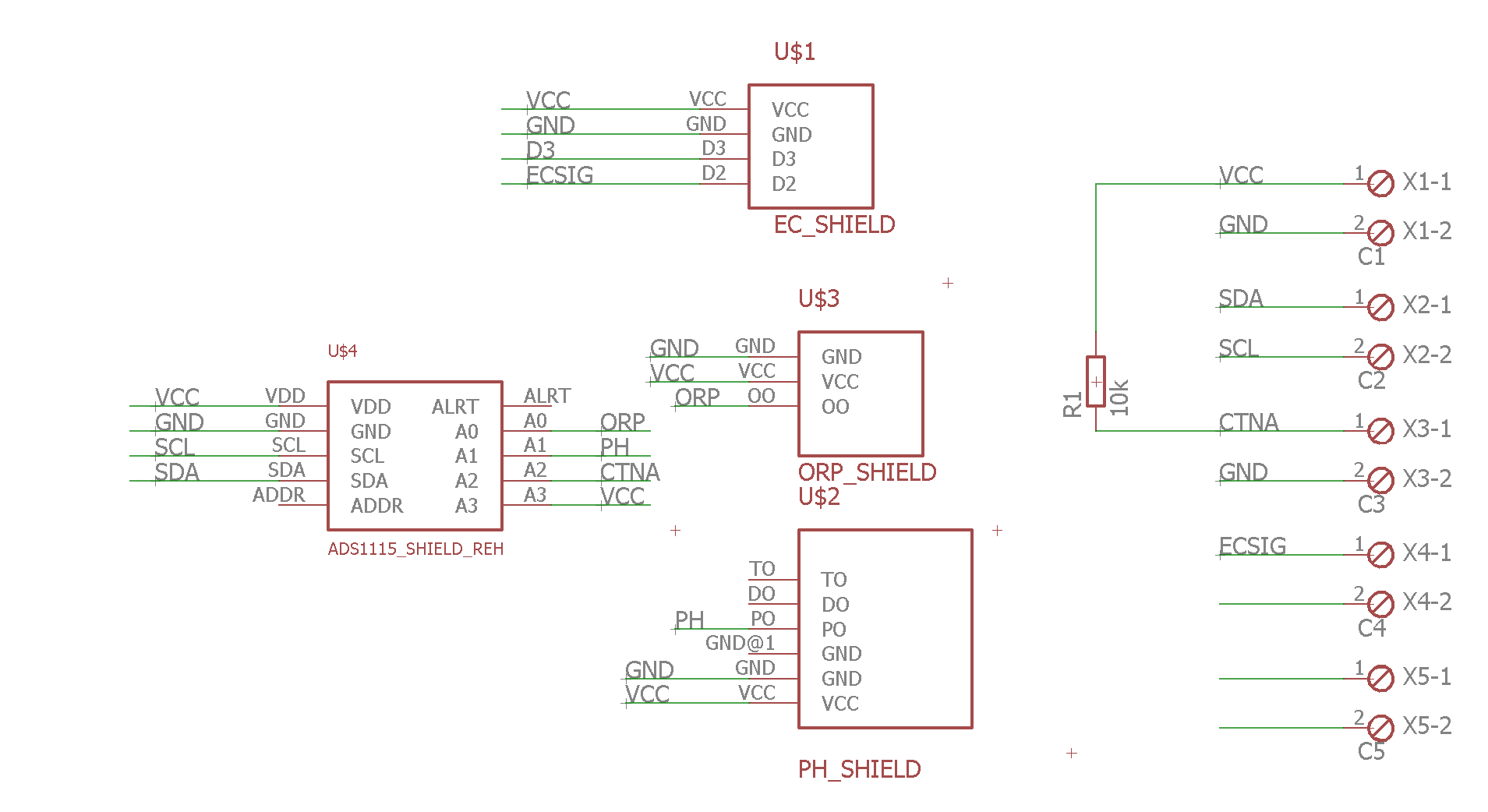 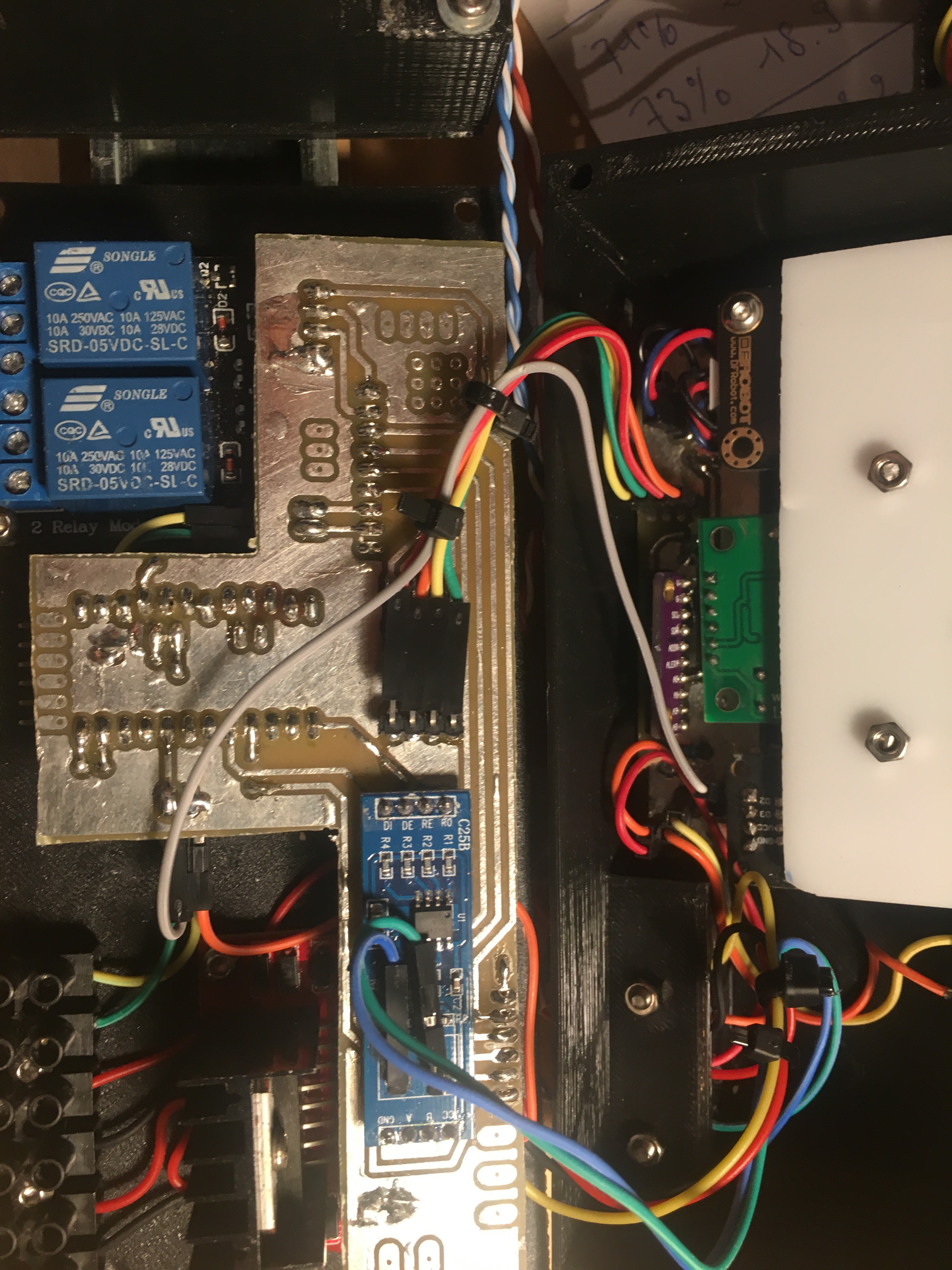 PCB are not like a final version but this is already much more reliable than the web of wires it was in the first version I made for it :)

A generic control system for non-extreme chambers. If your growing mushrooms or you want to print exotic materials this project is for you.
Project Owner Contributor