The Arduino 9 Axes Motion Shield is based on the BNO055 absolute orientation se nsor from Bosch Sensortec GmbH which integrates a triaxial 14-bit accelerometer, a triaxial 16-bit gyroscope with a range of ±2000 degrees per second and a triaxial geomagnetic sensor with a 32-bit microcontroller running the BSX3.0 FusionLib software.

You can get it from Rhydolabz.com for the lowest price. You can even tell them if you get a better price somewhere, they make it less!

It also provides the sensor fusion signals such as

In addition, it incorporates an intelligent interrupt engine, which allows for triggering interrupts based on 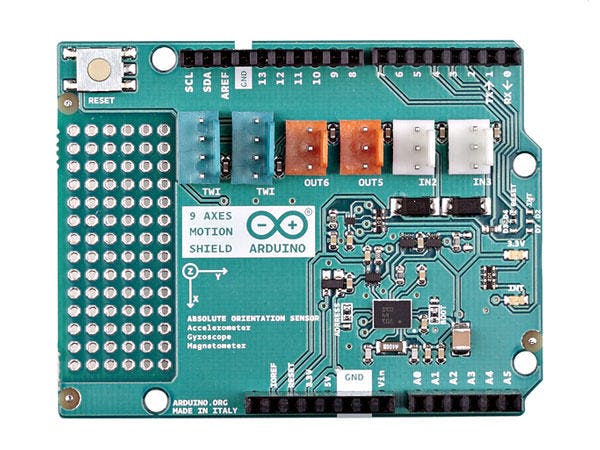