The layout for my camera is an octagon with each camera lens positioned approximately 64mm (the average human interpupillary distance)  from those next to it. A 3D image is constructed by using the left half of the image from each camera for the right eye view and the right half of each image for the left eye view. That way, if you are looking forward, the images you should be seeing in front of you should be from two cameras spaced 64mm apart. I created some shapes in OnShape to help myself visualize this. 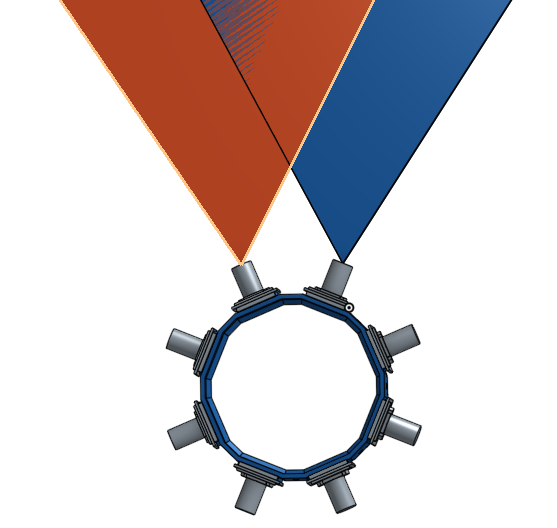 I figured I'd play it safe when I started and get some lenses with plenty of FOV to play around with, and then go smaller if I could. Since the OV5642 uses the standard M12 size lenses, I decided to just order a couple 170 degree M12 lenses from Amazon. However, when I started using them, I realized quickly that the horizontal field of view was far less than 170 degrees, and even less than my required minimum of 90 degrees. It turned out that the actual sensor size of the OV5642 is 1/4", far smaller than the lens's designed image size of 1/2.5". Below is an image of the first lens I bought, which looks pretty much the same as the rest. 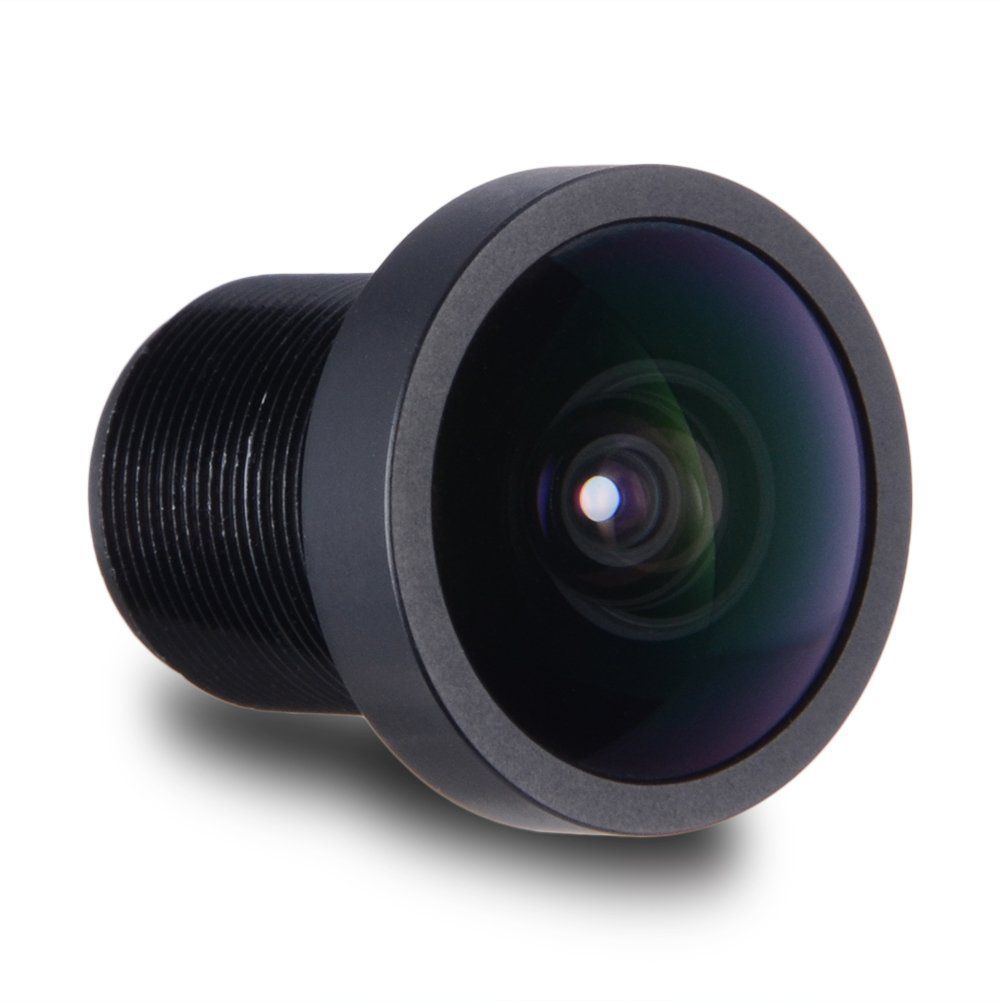 At that point, I thought that I had learned my lesson. I did some quick research and found out that focal length is inversely proportional to a lens's field of view, and I figured that if the FOV of my current lenses was just under 90 degrees, picking lenses with a slightly shorter focal length would do the trick. My next choice was a 1.8mm lense from eBay. The field of view was even wider than before... but still not larger than 90 degrees. The OV5642's image sensor is just too small.

The image above is from two cameras that are facing 90 degrees apart. If the lenses had a field of view of over 90 degrees, there would be at least a little bit of overlap between the images.

Now that I'm $60 deep in lenses I can't use, I'm really hoping that the next ones work out. I couldn't find any reasonable priced lenses with a focal length of less than 1.8mm in North America, so I have some 1.44mm lenses that will show up from China in a couple weeks and I'm crossing my fingers.