For only $10, sense if a senior citizen falls and be alerted, or they could just press a button to send an alert as well.

This device can sense a fall and send a text or email to anyone you wish- a caregiver, loved one, or friend. There is also the option of pressing a button to alert whomever you want. In the case that someone is knocked unconscious from a fall and can't press a button, they would still be able to receive help. This device uses an ESP8266, MPU6050, and MyDevice's Cayenne IoT service to bring increased security and quality of life to senior citizens.

All too often senior citizens experience falls. According to the CDC, falls are one of the leading causes of injury for seniors. This project hopes to solve that with the power of an ESP8266 and MyDevice's Cayenne.

This pendant has more features than other alert devices. 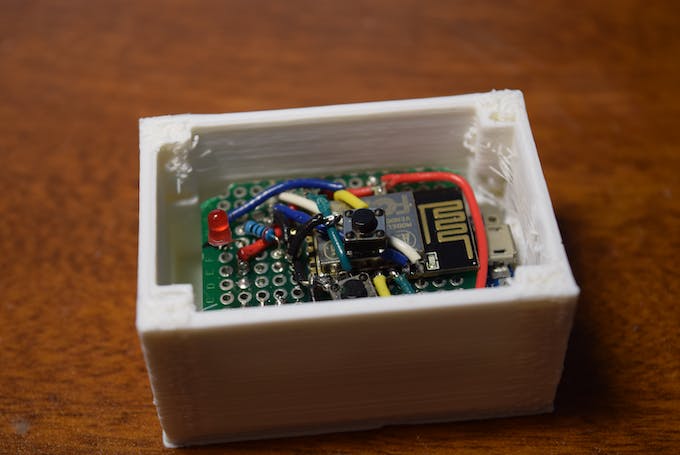 One, there is NO monthly fee -- just a one-time cost for the device. Second, it connects via WiFi and not a proprietary box. It also doesn't alert the fire department immediately, which can seem negative, but can actually save more lives. My great grandpa would sometimes create a false alarm, causing multiple fire trucks and EMS to come to his house, wasting their valuable time. My project directly alerts whomever you want through the Trigger service on Cayenne, be it a caregiver or loved one, and then they can call emergency services if necessary. The device also has an accelerometer, which can detect a fall and alert automatically if the person is knocked unconscious.

The first step in creating this project was to develop the code and set up the Cayenne service. MyDevices provides a wonderful library for interfacing an ESP8266 with Cayenne, which can be found here. I then created a test sketch to read data from the MPU6050 and send it to Cayenne. After it could "talk" successfully, I created a new Cayenne device and got the API keys for it. 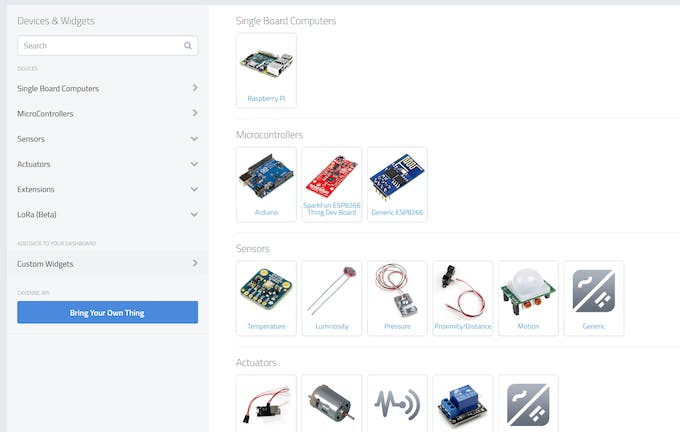 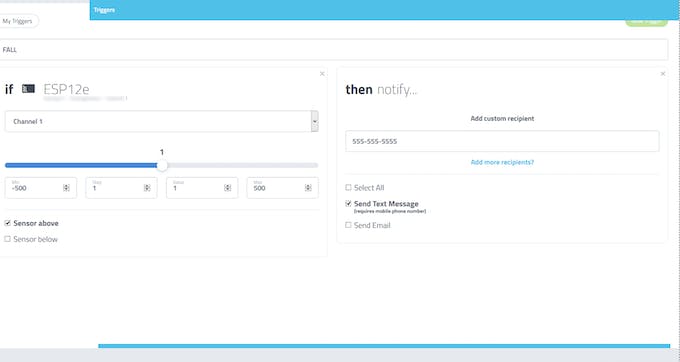 I pasted them into the final program and compiled it, making sure it would work.

I began to gather the necessary parts, all ordered from Aliexpress. The total cost of the device was $10, $30 cheaper than my previous prototype. 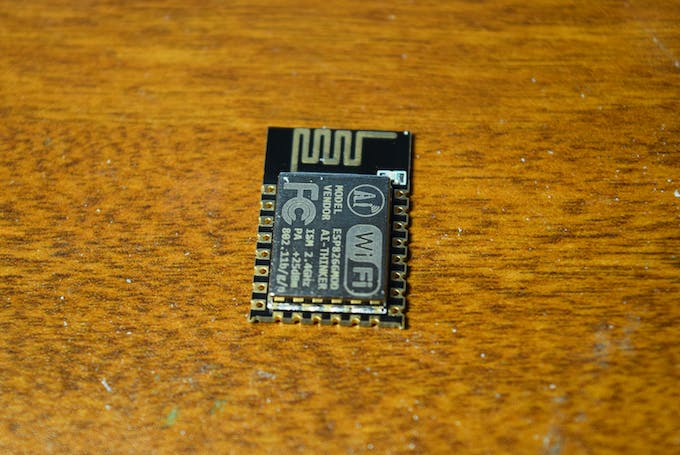 I then began to solder together the PCB, trying to make it as thin and small as I could. GPIO 15 had to be connected to GND, GPIO 2 went to VCC, and I added a tact switch between GPIO 0 and GND for flashing sketches. 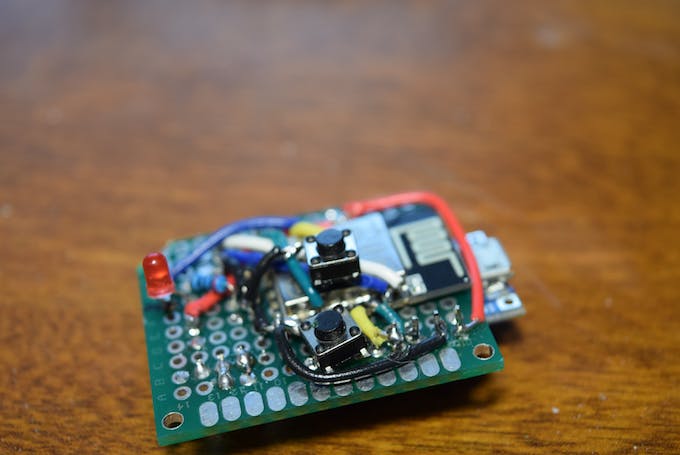 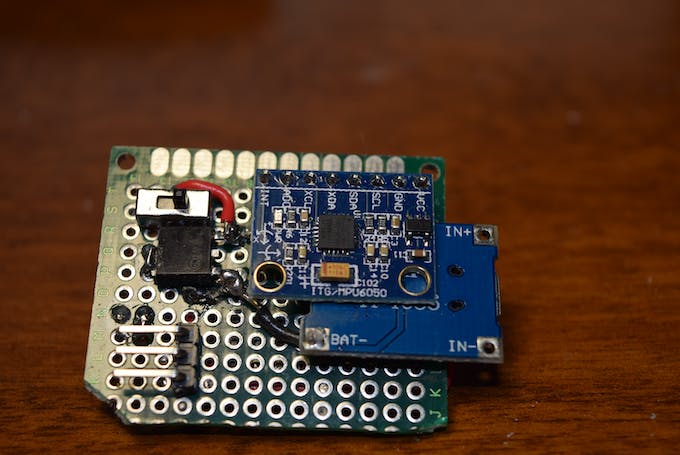 After the board was complete, I started to create a model of an enclosure in Fusion 360. 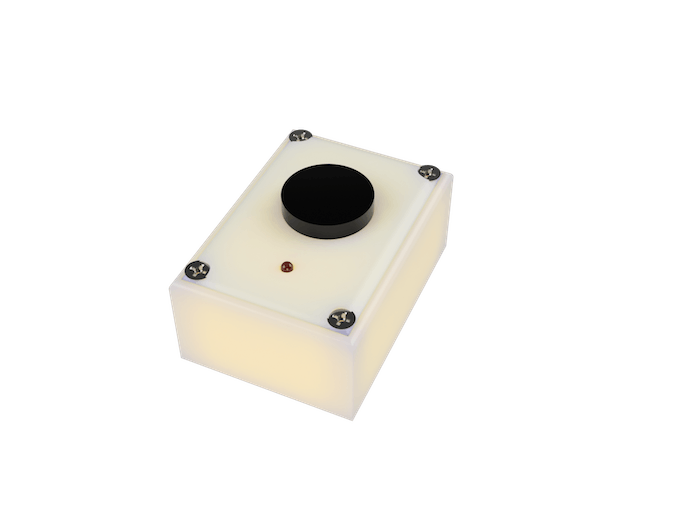 I 3D printed the parts and assembled everything together after thoroughly sanding the pieces. 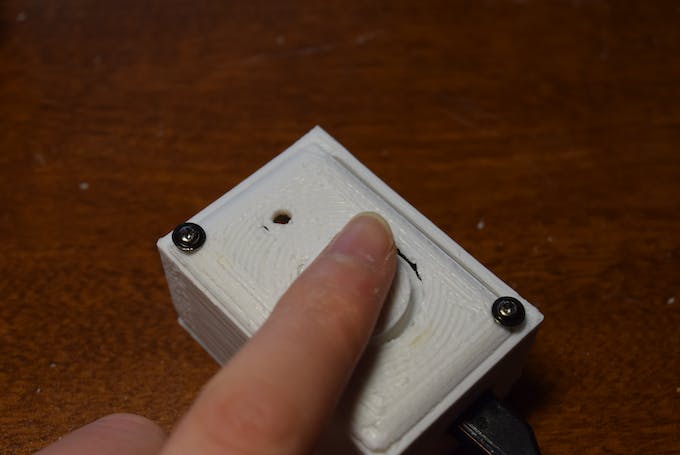 To test, I pretended to be walking slowly and then suddenly trip on a ledge. The LED lit up and 5 seconds later my phone was alerted. There is also a mechanism to prevent false flags. After it detects a fall, the user has 5 seconds to press the button, preventing a signal. You could also just push the button in the event of any other emergency, such as a heart attack or stroke.

I hope this project can save lives, time, and resources, leading to a better quality of life for our senior citizens.

What is and why you use float AcX_calc ??
in final.ino file ?

I guess AcX_calc (and other *_calc variables) is something old, the corrected line could be:

I'm interested how the values were chosen. The accelerometer could be in any position so X, Y and Z should probably have the same threshold. Were these chosen with trial and error method?

Great work, I'm taking care of my dad w/Parkinson's and have been working on similar projects (http://www.instructables.com/id/MSP430-Accelerometer-microSD-Datalogger/).  Do you plan on sharing schematics/code?  Keep it up!

I have uploaded the code file