This project started out already quite some years ago and has been more or less finished for a while now. Projects don't go very fast when you have kids.

However, I thought it would be nice to show how it was done and perhaps inspire someone else.

As mentioned, the idea came when I saw the magnetic encoder sensors from AMS and I thought it would be nice to whip up a DRO out of them.

Regular DRO's have quite some functionality but also require a large keypad. I figured I would need only reset inputs for the scales. It's a bit more work than with a keyboard, but it's fine really.

The design started with an ATTiny2313, as I only required an I2C bus and not much programming. This came back to bite me as the 2k of flash required quite some squeezing when I added a Bluetooth interface later. But in the end it all fit. 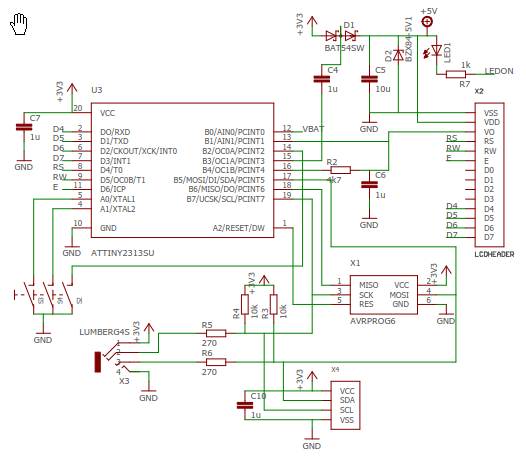 To keep everything small I wanted to use only one AA battery, so there's a small boost converter to create 3.3V for the MCU. The lcd display required 5V so a voltage doubler is connected to a pwm output and regulated by a 5V zener.

The on/off switch also lights an LED for the display in one of the positions to enable working in the dark. Overall the LED is pretty useless though. 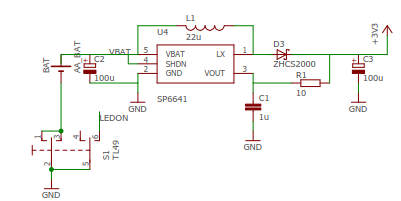