As I work the plants wither, possibly because of the solder fumes, but most probably because I keep forgetting to water them.

Before starting a project it's good to see what is commercially available, not because it might be cheaper and take less time to buy something similar, but because the project might be unfeasible because of some reason or somebody has already made a similar project with some software that can be recycled.

I found some ESP8266 modules strapped to relays on eBay, very nice modules for AC switching and I'll probably buy some later, but now I know that it has been done and is even commercially viable so how hard can it be to build such a device? I was also lucky enough to have just the right components in my electronics box.

From previous projects I've learned that it's time consuming and sometimes frustrating to program for the ESP8266. It's a great module, but if the inputs are not pulled to the right voltage, if the power supply is not smooth enough, or some other issue due to the fact that its software is still partly undocumented and hidden make it tedious sometimes. Thus I wanted to try out Node-Red, an online graphical programming tool for IoT devices. The idea is to unload the high-level programming to a Node-Red server running on a local computer (Raspberry Pi in my case) and the only intelligence the switch must have is to react to turn-on and turn-off signals. 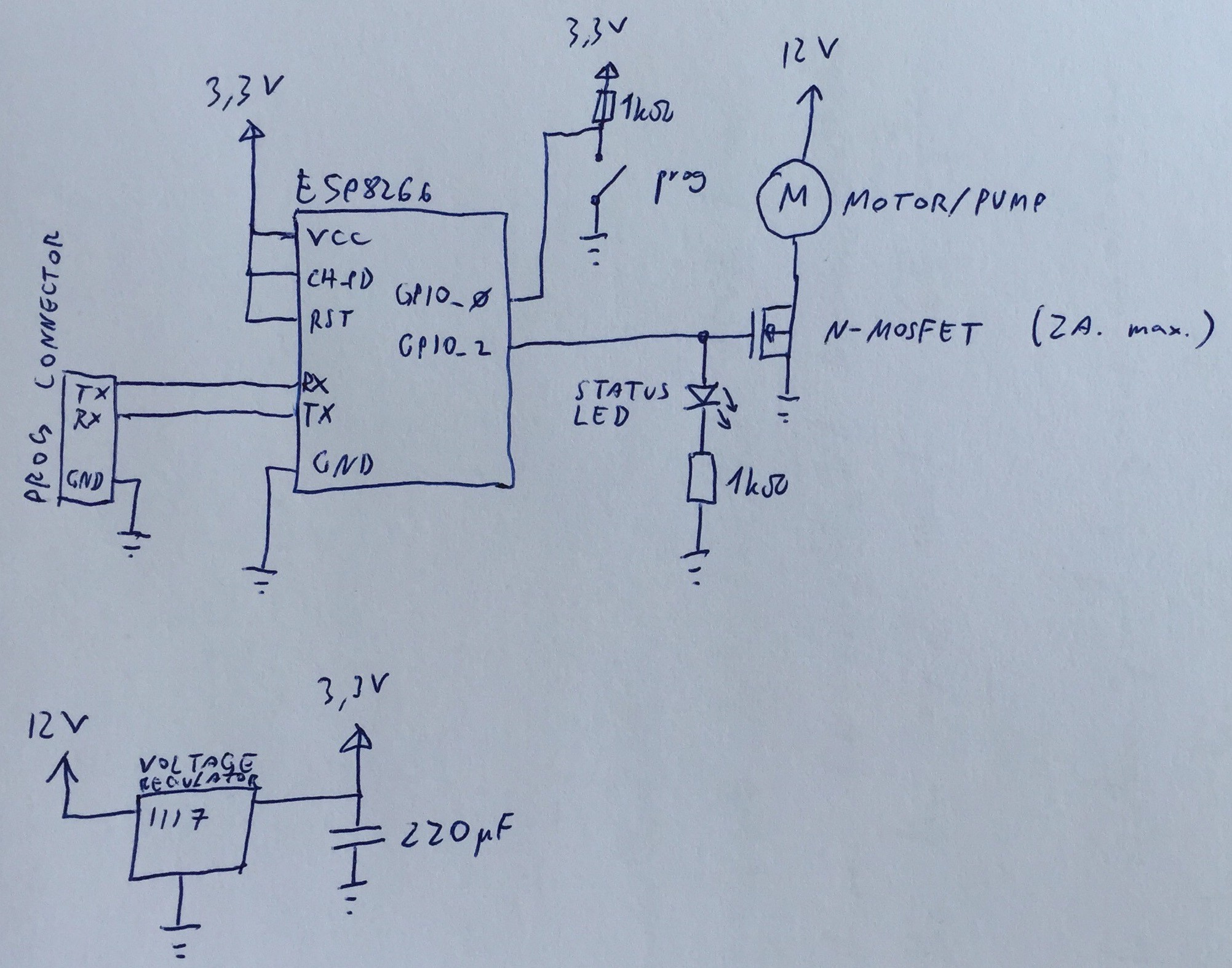 That was the initial plan, get the GPIO2 to toggle the N-MOSFET, throw in some code and the rest would happen on the Node-Red side on the Raspberry Pi.