The boards came in today, so naturally I had to get soldering despite being tired from working late last night. 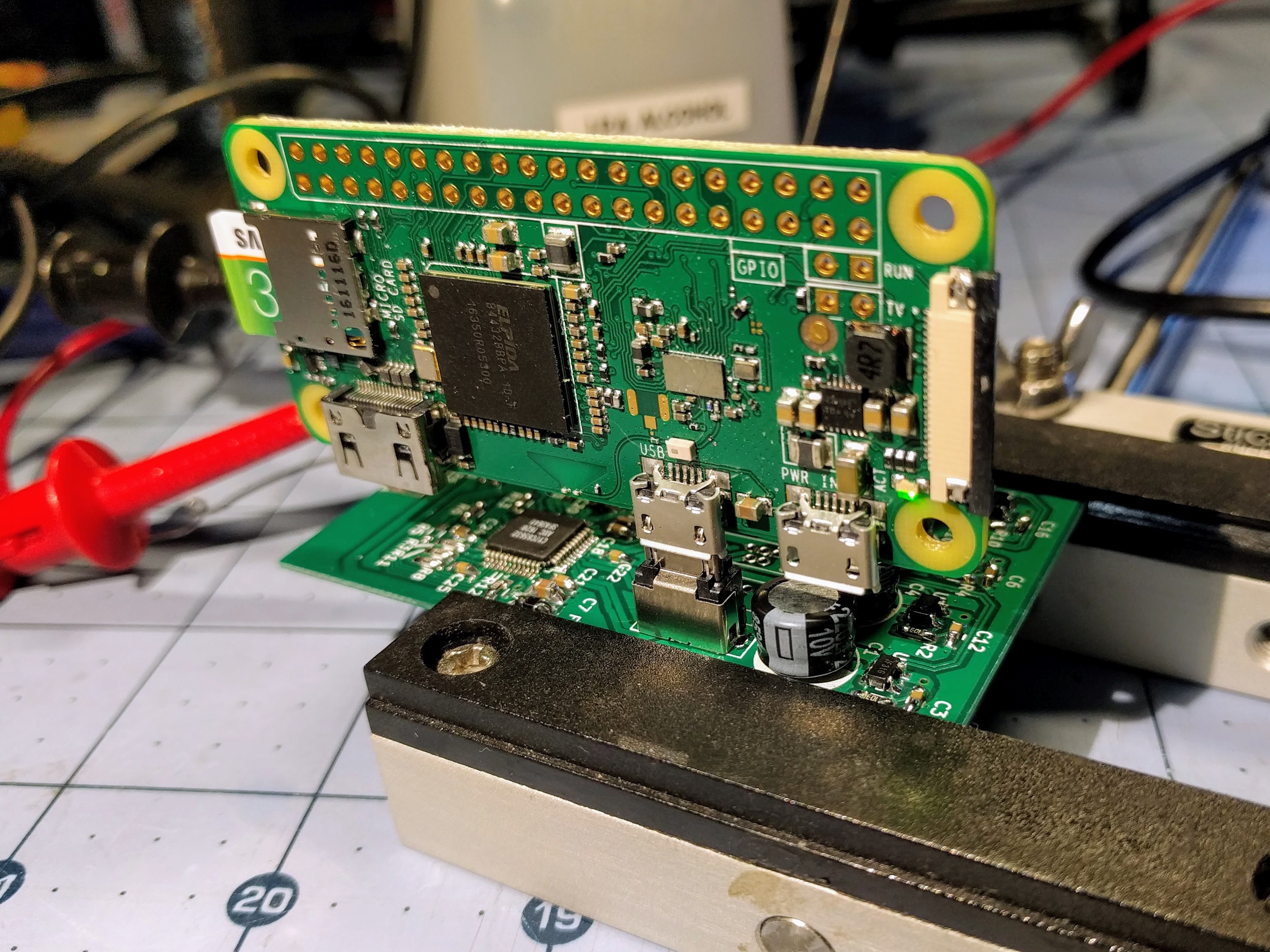 I populated everything but the USB power jack and the four downstream node USB plugs.  I didn't want to waste the connectors until I checked out the upstream end of the hub.

I first smoke tested the board with my bench PSU and checked that the oscillator was doing its thing.  Once satisfied that I didn't have any surprise dead shorts, I hooked it to my PC through a micro USB jack to USB-A plug cable going to an intermediate sacrificial hub.  I was able to see the hub enumerate under Linux, and checked that it's reporting as having per-port power control. 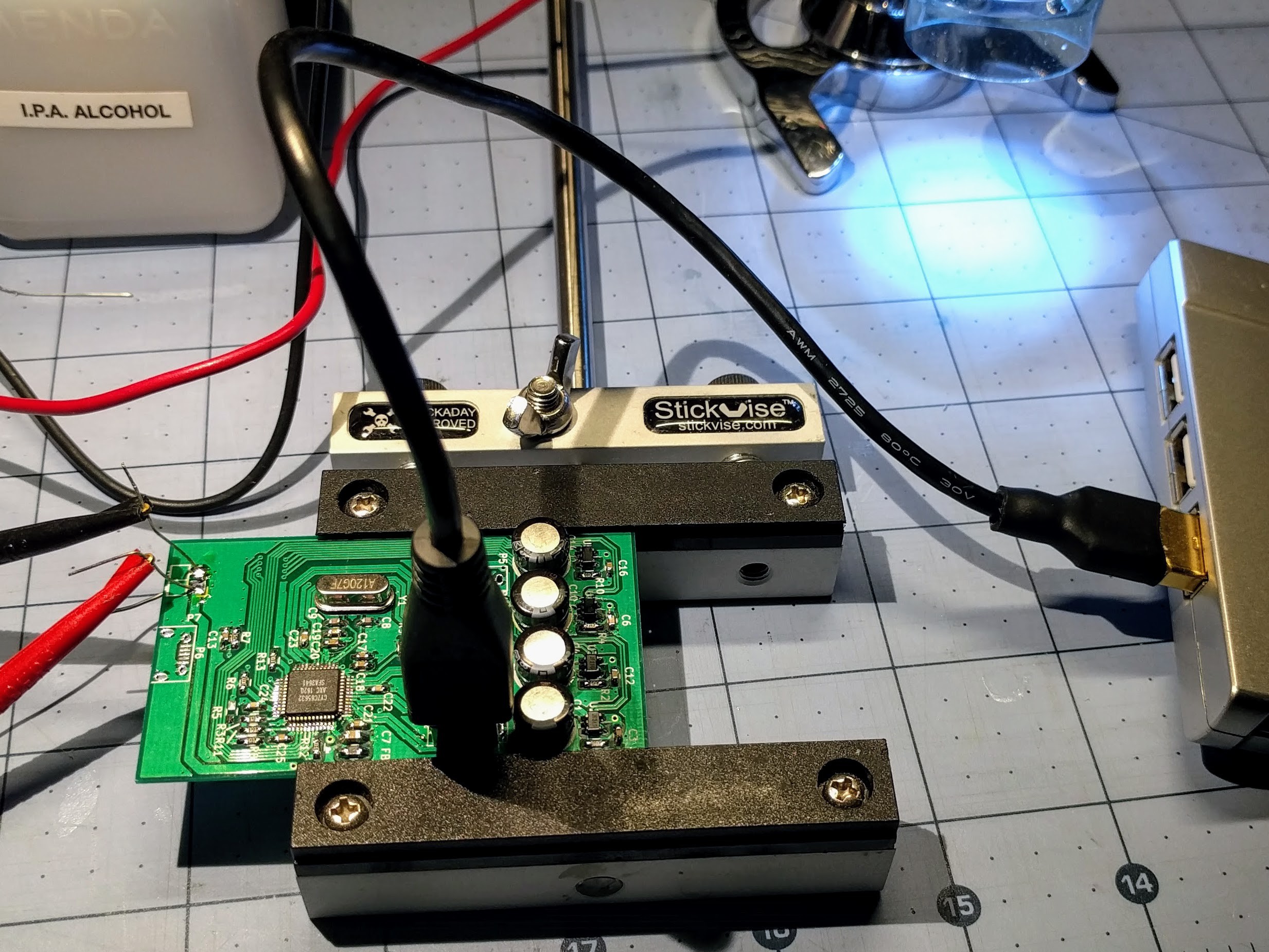 I also did a test fit of a Pi Zero W, and since I'm now confident it's not going to do any damage I powered it up.  The Pi's LED did its blinking thing as usual as Linux boots.

Next I need to get the rest of the connectors in, test downstream power control, make up a test cable for the downstream ports (more later), and maybe plug in some more Zeros.  But that will have to wait for the weekend.

The sad story so far