The first tests proved to be very effective in crushing cigarettes but I saw very little use for it, so I removed this feature.

The goal is to resist 10'000 cycles, which corresponds to about 9 years of operation. With a motor, it takes about thirty hours.

The plan is simple: we break it, we modify it, we break it, etc. That said, I don’t think the mechanical timers are guaranteed for 10'000 legs in the oven, I will have to put 2-3 aside.

The suspense didn't last very long, after 800 cycles, it started making strange noises, then jumping teeth. We're back to work. Anyway I said I was in no hurry.

Debriefing of the first test:
One of the bearings of the distribution plate came out of its housing (I probably forgot to heat it) and the increase in friction slightly twisted the pinion shaft which drives the pusher, which caused it to jump teeth.

I was hoping for blood and tears, I am very disappointed. It is a design error, I corrected the problem by adding a lattice. 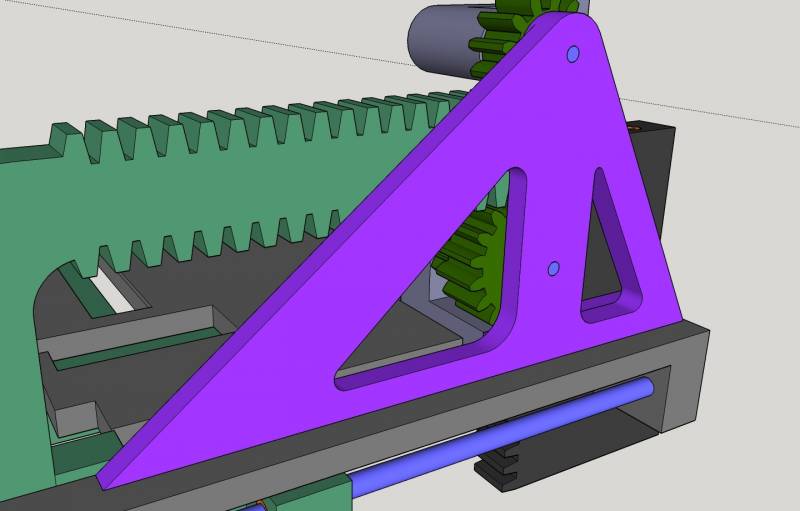 After 6'500 passes, here is a superb fatigue failure! 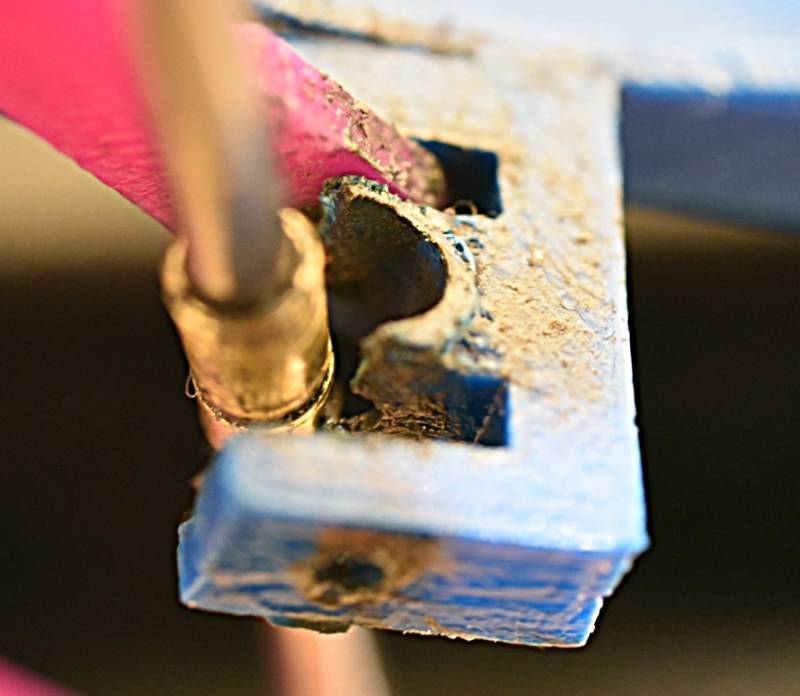 Isn't it beautiful? Every time I look at this picture I have to hold back my tears.

Don't pay attention to the grime, I mixed bathroom abrasive cream with clipper oil to grind the parts.

Cause:
I was a little thoughtless on this one, it is to wonder how such a fine wall could withstand +7 k impacts at 15 km / h.

Fix:
I doubled the thickness of the wall and added foam to cushion the shock.

5000 more passes and the actuator began to jump teeth. After disassembly, putting them side by side, I don't see any major problem. 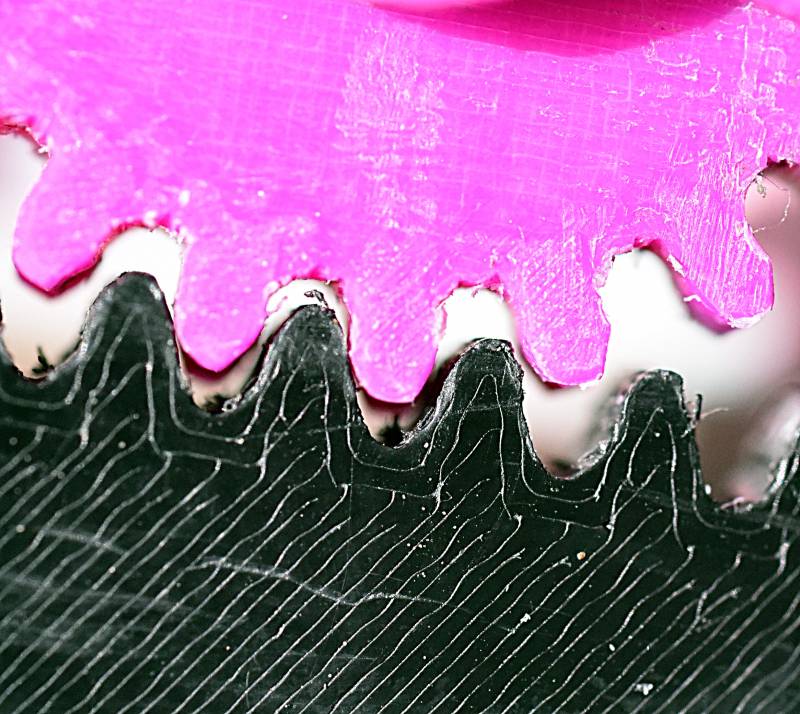 There is some wear and tear, this is normal after +12 k passes (this part has undergone all three tests), but it still looks functional.

While assembling it, I noticed a float of 1.5mm (which I still can't explain). For a 2.5mm tooth, 1.5mm is a big deal. It worked all the same so I left it like that, but wear is always right.

I enlarged the black rack to fill the float, although it annoys me that it bites a bit on the drawing. 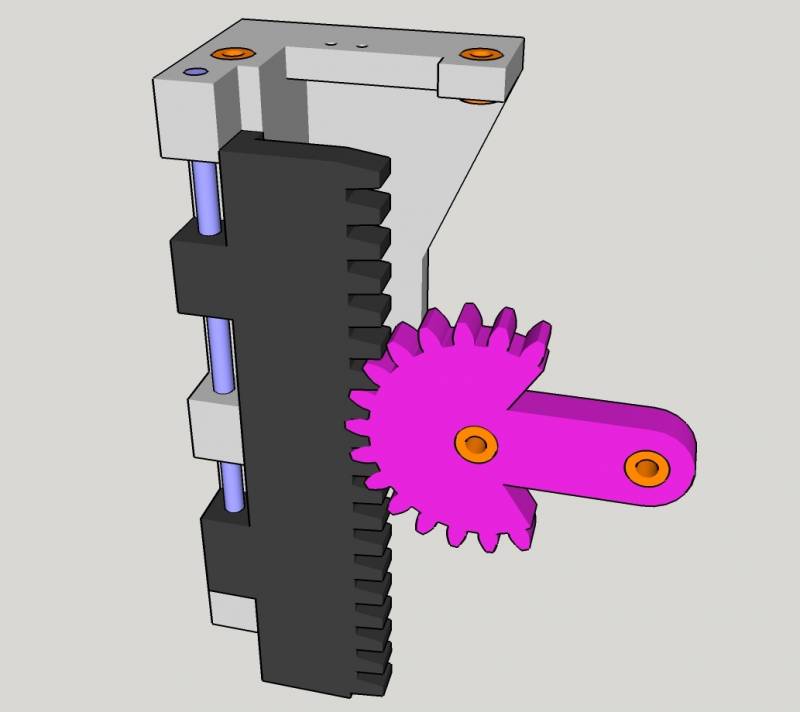