To my knowledge, all kitchen timers are built on the same model: A double spiral spring (1), one side of which is multiplied to 8000x on a tailpipe exhaust (2) which controls the step and the other side ~ 200x on a hammer exhaust (3) striking the metal case. 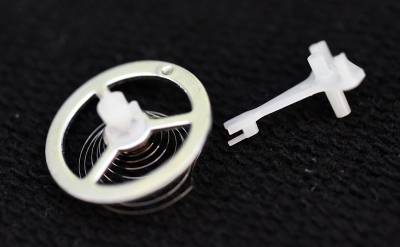 The mechanism is controlled by this stack of three parts (4) which make it possible to wind the two spirals at the same time, limit the rotation to one revolution (= 1h) and release the hammer at the end of the countdown .

If you want a timer to run 4h, just remove these three parts and block the hammer. By fiddling with the tension of the second spiral, you get to 6h30.

Following a suggestion from [Sinux], I made an anti-reverse in a ratchet socket (so that you can't unwind the timer), but I am not very satisfied with it because it pulls the axis on the side and may cause friction. I will try to do it again with three springs in a star shape, if I can't, I might reuse the hammer backstop. (5) 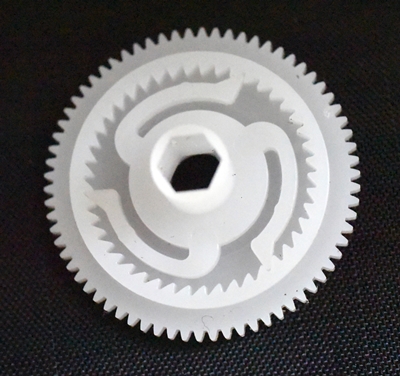 I was worried that the axes would get dirty over time, so I added a spring on the pusher. Now it is pulling the distribution plate and the timer holds it to the trigger, then it catches up the float and causes the ejection (a little too early (4:30), I will correct it with a file). Now there are three springs stretched at the end of the stroke (6), so I had to squeeze the friction clutch a little. (7) It's harder to wind up, but it's still okay. 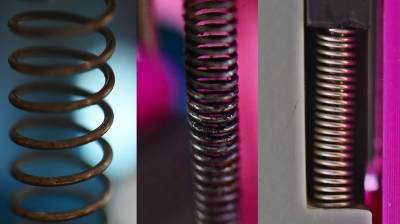 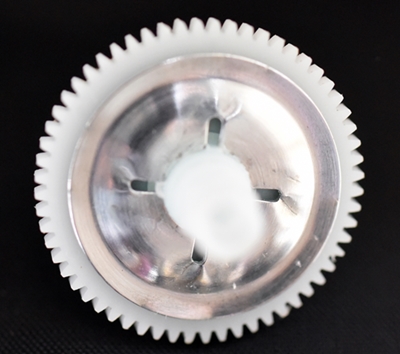 I am not very reassured with all these nylon parts, even in normal operation I don't imagine them lasting very long, so with the spring completely winded …

These days I disassemble every old kitchen timer hoping to find on a full metal one, but without success. Maybe I'll see on the side of old ovens, microwaves and other stuff that ring a bell at the end of elapsed time.

7. In search of lost moisture