How to make up DIY NAS on Raspberry Pi 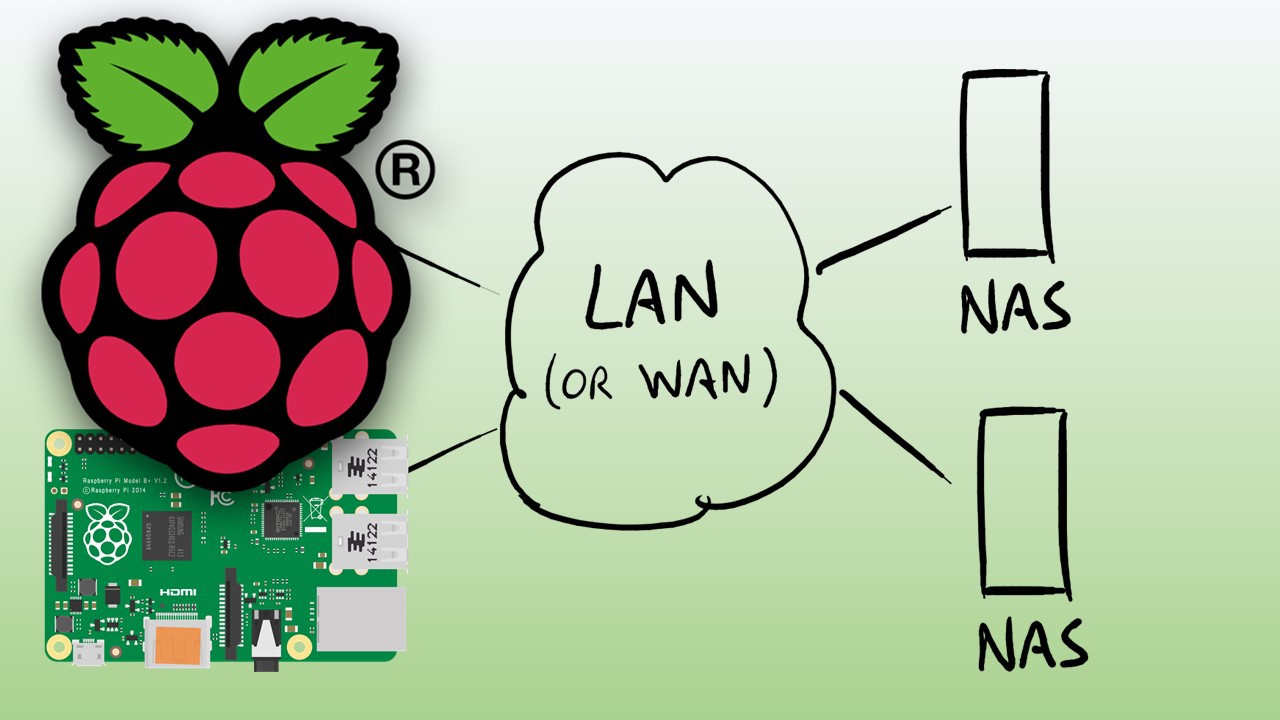 Raspberry Pi is a mini computer build on a single PCB board, slightly larger than a credit card. It has a wired local area network (LAN) and 4 USB-Ports for different external devices like keyboard and mouse or external storage devices.

Well, concerning the advantages of making up Raspberry Pi NAS hosting device, RPI is a mini-computer with the full performance of a Linux-based operating system and contains almost all functions of a large server system.

On the other hand, the Raspi saves a lot of money because it’s really cheap and consumes a very small amount of energy. Due to its small size, the RPi can be placed almost everywhere as it occupies a very small space. RPi board can be used for an almost unlimited number of projects, like running Plex media server, playing retro games with a game emulator built on the Pi and much more.

All of that features make the Raspberry Pi an ideal candidate for your own small NAS storage system.

In this article, we will set up a simple NAS server from scratch, based on the SMB protocol. The goal is to save files on the NAS server and share them between different computer clients. For this project, we’ll need a Raspberry Pi 2 or Pi3 with a running Rasbian and connected to some Network. Make sure you have access to the terminal or you’re logged in to the Raspberry Pi via SSH connection.

For the file storage, we need an external USB Hard-drive with a storage capacity of your choice.

Let’s assume that the Raspbian operating system is already installed and running on RPi. Connect your device to the Network via a wired connection or via WLAN and open a terminal.

On the first step, we need to make sure that all packages are of the latest version.

If the Raspbian is up to date, we are ready to setup our NAS server.

1. To share files from our NAS server we need to install the Samba package. This includes all required apps and configuration files to setup the SMB protocol.

3. Now open the /etc/samba/smb.conf file in an editor of your choice and enter the...

Mobile tinkering or learning on the Raspberry with a minimum amount of cables.
Project Owner Contributor

In this project, we'll be installing The Rclone program on your Raspberry Pi.
Project Owner Contributor

Rclone Installation on the Raspberry Pi