V1.0 How would you manufacture this thing?

A project log for Bellcycles: A New Take on the Bicycle

Early 2017, I am riding the bellcycle around the neighborhood and occasionally from Harlem to the Flatiron. Most New Yorkers just ignore me. But for those bicyclists or people who look closely they yell some variant of "Where can I get that" or "What the f*&X is that."

My thoughts on manufacturing were

I downloaded Fusion360 from Autodesk and jumped in. Many modern motorcycles have an interesting construction of their front fork/ triple tree in which the forks are bolted between usually two aluminum members with the forks held via pinch bolts. As in below. 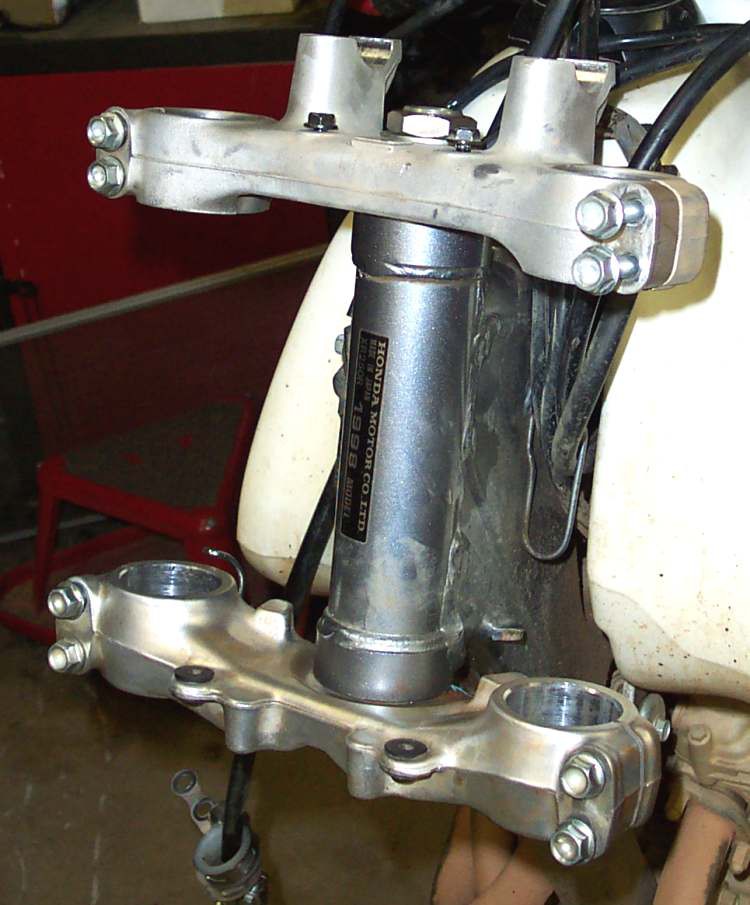 So I designed a version of the bellcycle in which the parts are made up of tubes( aluminum, steel, carbon fiber, whatever) are held together by a series of plates with pinch bolts.

Without building it, the benefits seemed to be

I ordered the metal from onlinemetals.com. Used my hacksaw to cut out the shapes and a drill press with a variety of bits to drill out the required holes. Drilling a 30mm hole through a chunk of aluminum is not easy!! When building the design it became obvious the improvements in the design that were needed to reduce holes, angles, etc. 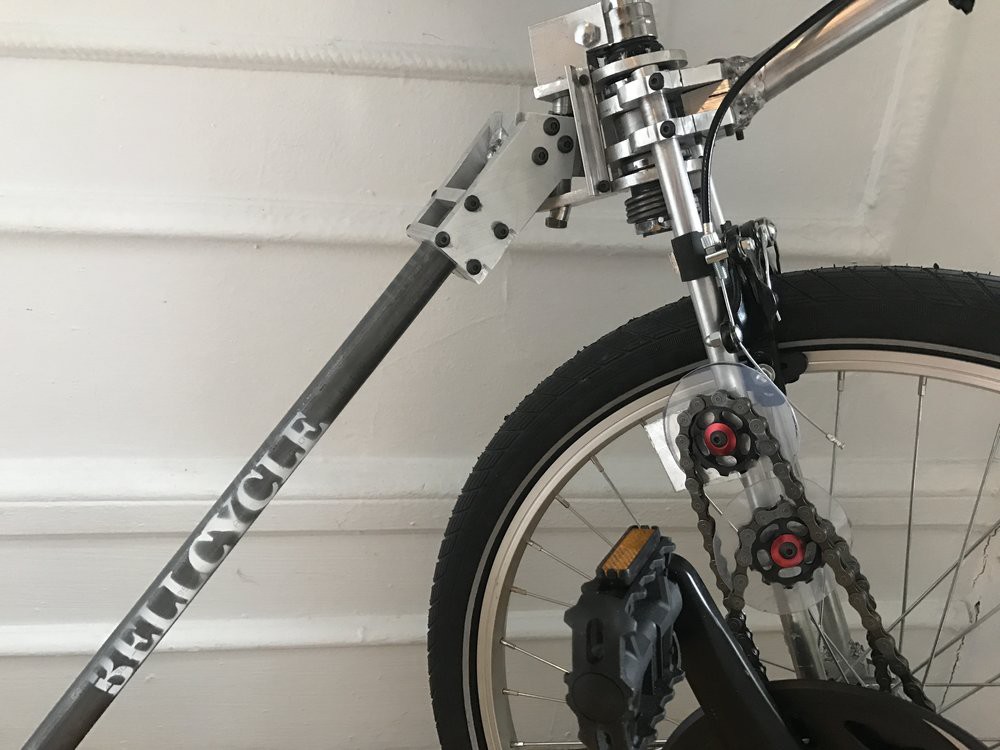 It works. It is fun to ride.