POV clock project that won the Microchip Fubarino competition in 2013

This propeller clock project was first made public in 2013 and is being re-published now. Since then, I have added a lot of new features and improvements to the design.

I had this Idea of creating something that could display scrolling text messages in addition to some other useful information as the time and date and so I came up with the concept of having a POV that could do that.

Of course when designing something like that, there are concerns related to the mass of the device, the number of the components you want to use for the spinning board and the capacity of the memory. I opted at that particular time for the 16F628A MCU because I was constrained by the available tools. This was also the theme of the competition to have something that uses Microchip components. There is also a challenge what LEDs to use, because these spinning displays are working exactly like some large multiplexed 2D matrix and, therefore, the LEDs must be able to provide very bright light pulses for short period of times in order to obtain a good overall bright image. In my case, I used three 74HC595 serial to parallel shift registers and I connected each LED to a different output using a serial resistor. Sometimes, instead of calculating this resistor as you were having a continuous current, you have to take into consideration the alternating or pulsed current and to keep in mind that the junctions of the LEDs are dealing with the average power dissipated on them For more information about how to calculate the serial resistors, I also attached this video in witch I explain this better.

The requirement of the competition was also to have a hack into the code and to be able to see the hackaday.com text at certain times.

Why did it won?

The project is rather spectacular having all these LEDs. It creates a glittering effect and we all like LEDs, right? Besides the fact that it has an embedded line in the software to make it display the hackaday.com logo at certain times, it has another hack and that is displaying the logo into the code preview window of the hex file programmer. I did this by loading one by one all these ASCII symbols into the accumulator and the final result looks like this: 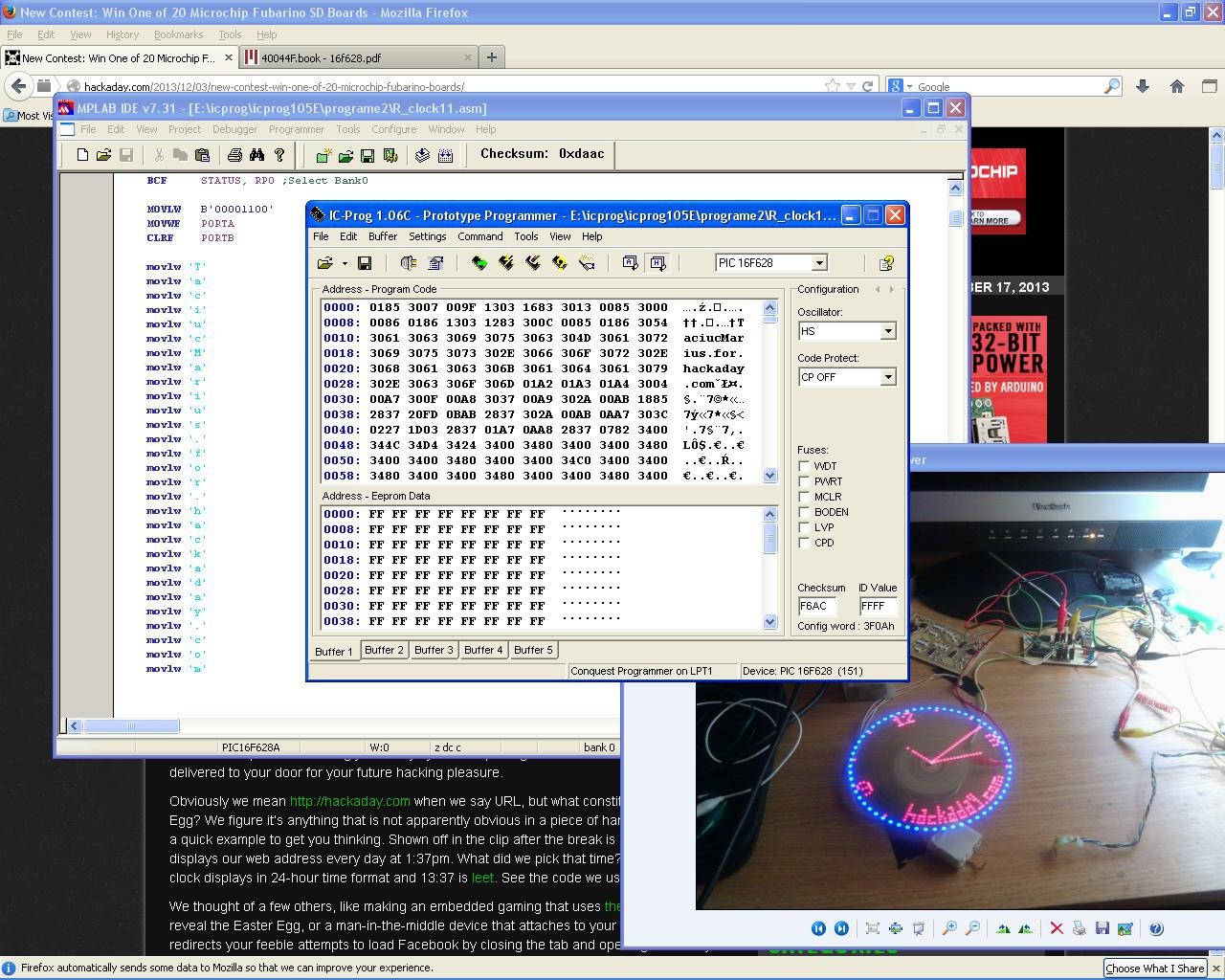 Very nice of you. I actually started something too, but I never had time to finish it, just like in your case. And since is nothing spectacular, I didn't post it. It seems that guys like us, always have new Ideas to try. I start my day just to continue playing. Have we ever met in Ingolstadt?

I don't think we have met, no.

Have you done anything with your fubarino? I wonder what the other 18 winners did, I started a project here #exploring the fubarino SD but never actually used it.