What I've Accomplished So Far

A device to quickly crack PIN codes on Ford automobiles with a PIN entry keypad, and to demonstrate the shortcomings of this system.

So my first log entry is a retroactive entry to catch up on what I have already done.  I have been working on this project off and on for months.  Mostly off and not a lot of on.  As you can see in the photo I have cobbled together a proof of concept test on my workbench with a breadboard and an Arduino and an LCD.

I also did some research on the De Bruijn sequence as I didn't want to just copy the sequence from The Car Hackers Handbook.  I found some python code on Wikipedia.  I've never programmed in python but it was easy to run the code and change it to work with only the digits 1 through 5.  I then modified the code to output the sequence with commas and spaces to make it easy to cut and paste the number sequence into an array declaration in the Arduino code.

So now I was prepared to whip up some Arduino code.   Despite programming for decades I have not done an Arudino project before, so it took a bit of learning to get everything going, especially how to get the sequence holding the array to store in flash instead of being copied into RAM, which did not have enough space.

So now I have a breadboard version of the project that boots up the LCD and displays the sequence rolling across the bottom line of the LCD.   I've also added some pushbuttons for the user interface as eventually I want to be able to control playback of the sequence to rewind and step through parts of the sequence.

I'm currently working on wiring up some LEDs to indicate the actuation of the solenoids that will actually push the buttons and a ULN2003 darlington transistor driver to power the solenoids.

Once I get the LEDs blinking and the solenoids tapping, then I can start building a more robust unit that can actually be attached to the car door (magnets?) and also work on the user interface code.

Maybe I can add a microphone that can hear the "thunk" when the door lock opens and stop the playback of the sequence so the code can be read back from the LCD. 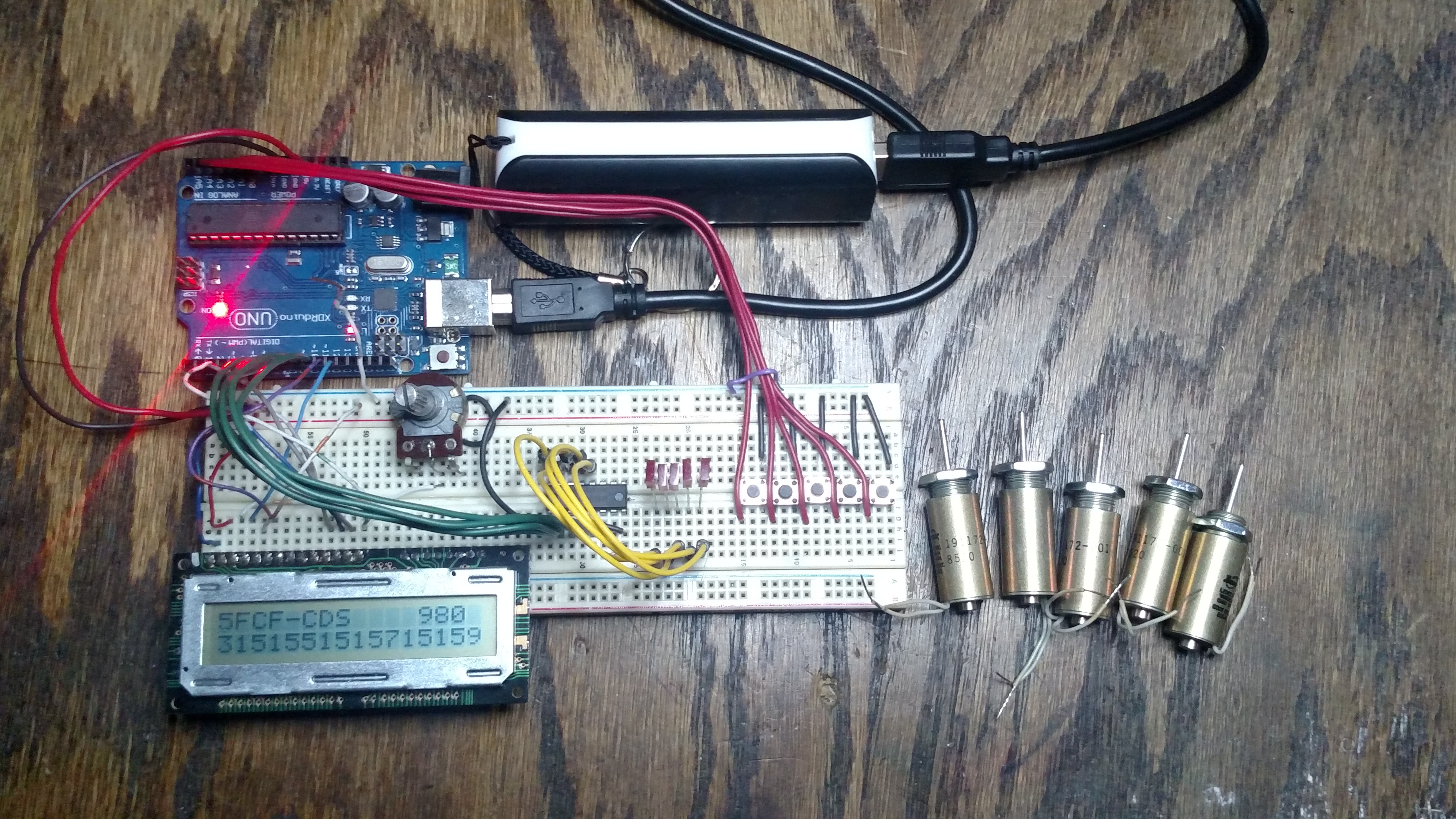