A robot that plays the game 2048 in a smartphone

A robot that plays the game 2048 in a smartphone, it uses the built-in camera of the notebook to capture the images, then it processes them to get the matrix of numbers of the game board, after that through a Neural Network it decides what action to take. Finally the program sends signals to the Arduino to slide the stylus pen in the correct direction.

The images are captured with the notebook's camera with OpenCV and then processed to get more clear images for the numbers, then with Tesseract I get the numbers in text format.

Choosing where to slide

Using PyBrain I create a neural network (multilayer perceptron) and balance its weights with a genetic algorithm using PyEvolve.

The input of the network is a matrix with the log2 of each number divided the maximum log2 number, and the maximum number of the output is the direction where we should slide the stylus.

A console-terminal version of 2048 was made for training.

To slide the stylus I used a parallel SCARA I made long ago, it uses an arduino to drive the servos.

Here is an image to understand the math behind the code. 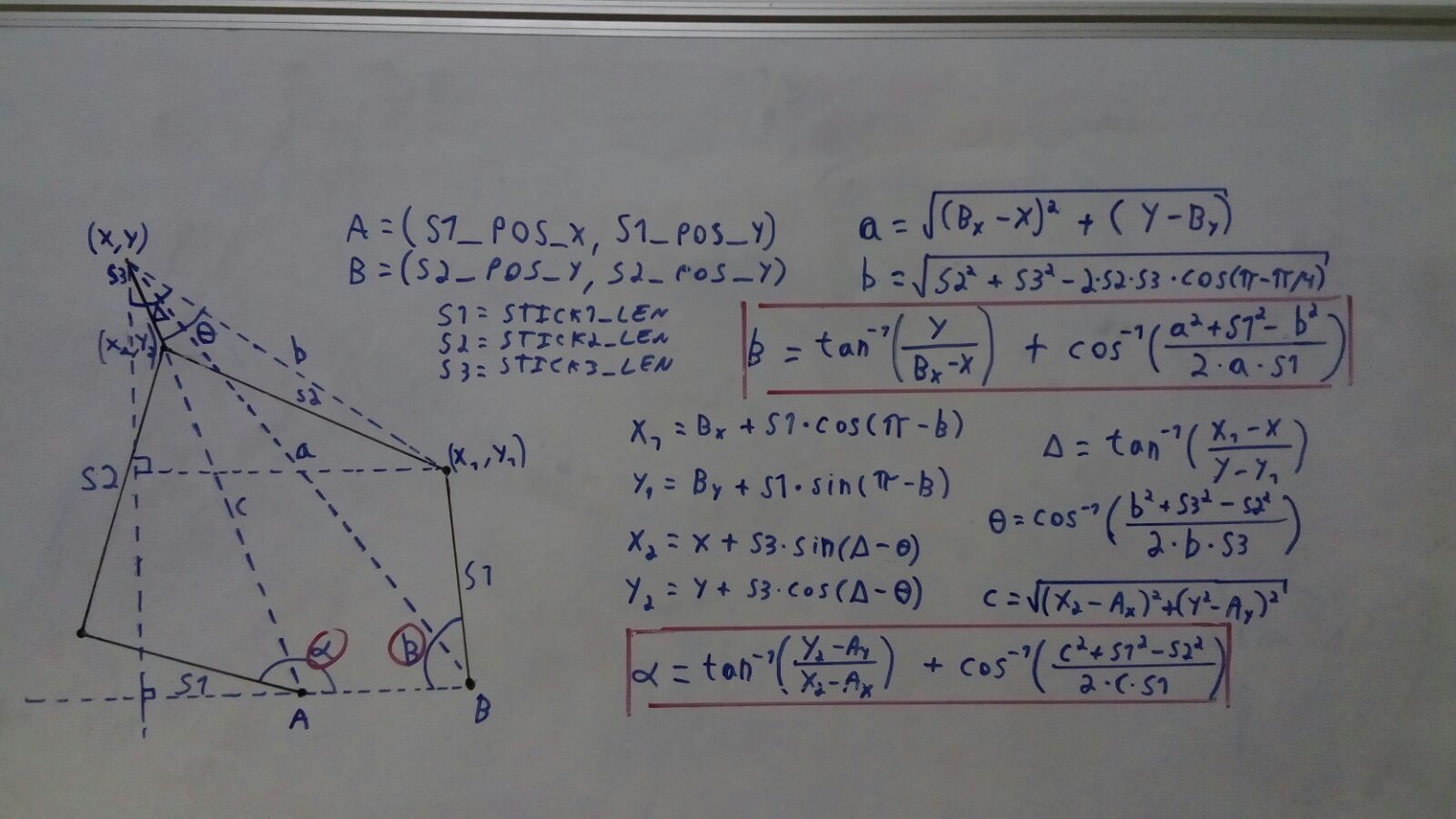 A robot that can retrace a route by watching a prerecorded video of it.
Project Owner Contributor

A robot that uses OpenCV to track a wide variety of objects and shapes.
Project Owner Contributor