Signal strength? Battery? Wireless is not always the best solution for IoT.
Build a 'wired' Arduino-compatible IoT platform with CAN-bus.

A collection of talks presented at the 2017 Hackaday UK Unconference

It was great to participate to the Hackaday UK unconference and present the Omzlo project. Here are the slides of my talk. 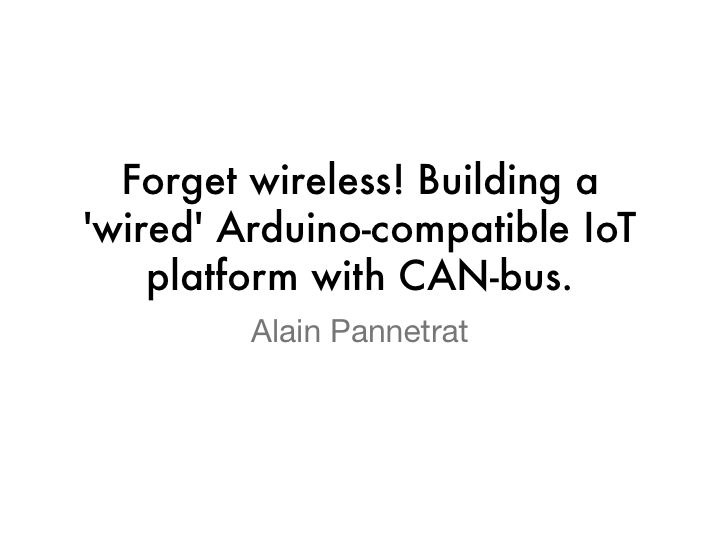 Despite their popularity, wireless networks (WiFi, BLE, etc.) are not always the best option to build an IoT network. You may run into signal issues and you often have to worry about powering those devices. Batteries need to be replaced/recharged...

I decided to build an Arduino-compatible "wired" IoT network based on CAN-bus, called "OMZLO". 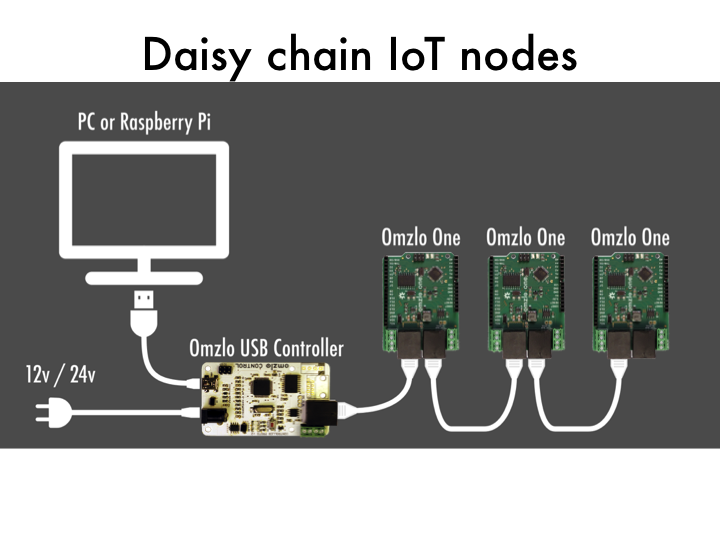 Each node in the network is an Arduino UNO R3 compatible board. You just need one wire to connect your nodes, in a daisy chain fashion. A USB controller acts like a gateway between the network and a PC (or Raspberry Pi). The PC allows you to control the network through a web interface. 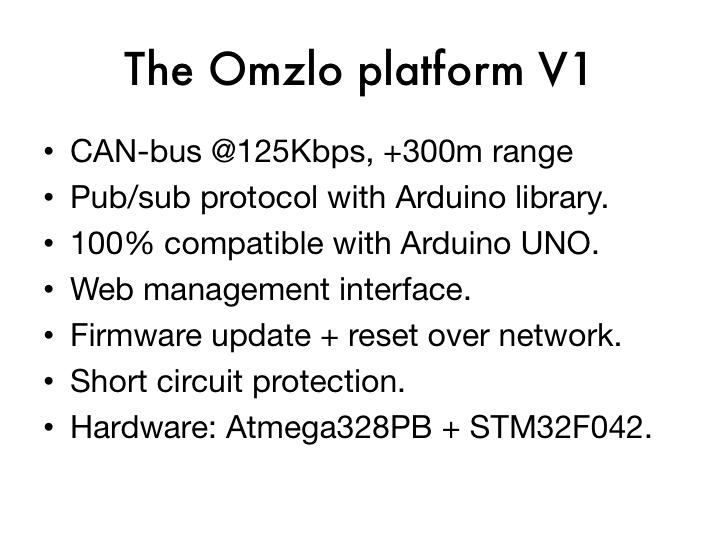 The Omzlo platform has some pretty neat features. For example: the web interface allows you to upload firmware to any node in the network with a simple "drag and drop". The Omzlo platform is being revised to be better, smaller, faster, stronger!

And it already works in my garden (PIR sensor, temperature, moisture, ...)! 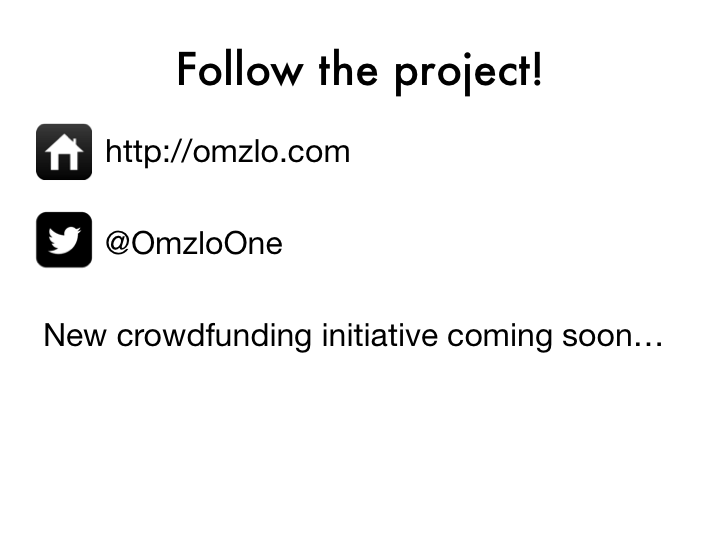 This project is now on Kickstarter, please check out:

Home Automation on the Cheap

Hardware and software to build many different devices that can communicate via the CANopen protocol.
Project Owner Contributor