The old automation panel for the machine was pretty beat up from its decades of service, and the wiring behind it is a mess showing signs of at least three different eras of modification: Two different types of wiring connectors crimps, and some connections were directly soldered. Some wires that were not connected on one end, and a wire tangled in everything that was not connected on either end!

The wire themselves weren't in great shape, either. The insulation was stiff and rough to the touch, consistent with age. In contrast the switchgear themselves look OK. They are beefy industrial units designed to last practically forever. They might have seen thousands of cycles of use, but they probably still have thousands more of useful life.

The big rat's nest of wires were cut off and pitched, and the control disassembly began. 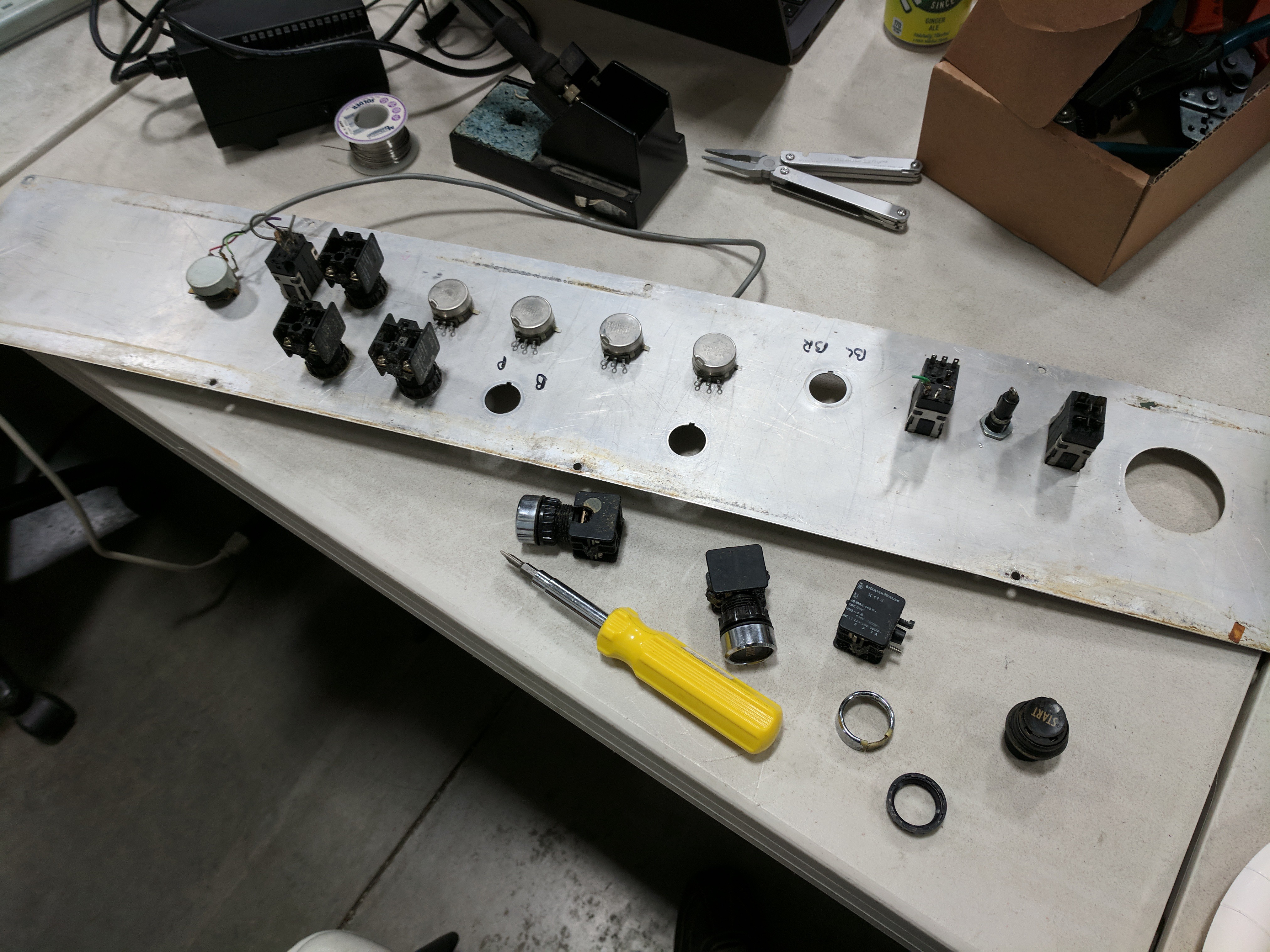 The buttons, switches, and knobs were encased in a lot of cruft, but once we got past that, everything came off the panel (mostly) as expected for well-designed industrial components. The complications came from the three switches that received the direct soldering treatment. It was a challenge to put enough heat into the joint so the solder can melt and the wires removed, but not so much heat that the plastic housing melted and the connector came free along with the wire. One switch was salvaged, one is a question mark, and one was ruined.

At the end of the disassembly session, all the salvaged switchgear were placed in used McMaster-Carr ziploc bags. (Any hardware tinkerer has a big stash of those!) They may yet find use in this rebuild project, or in a future project. 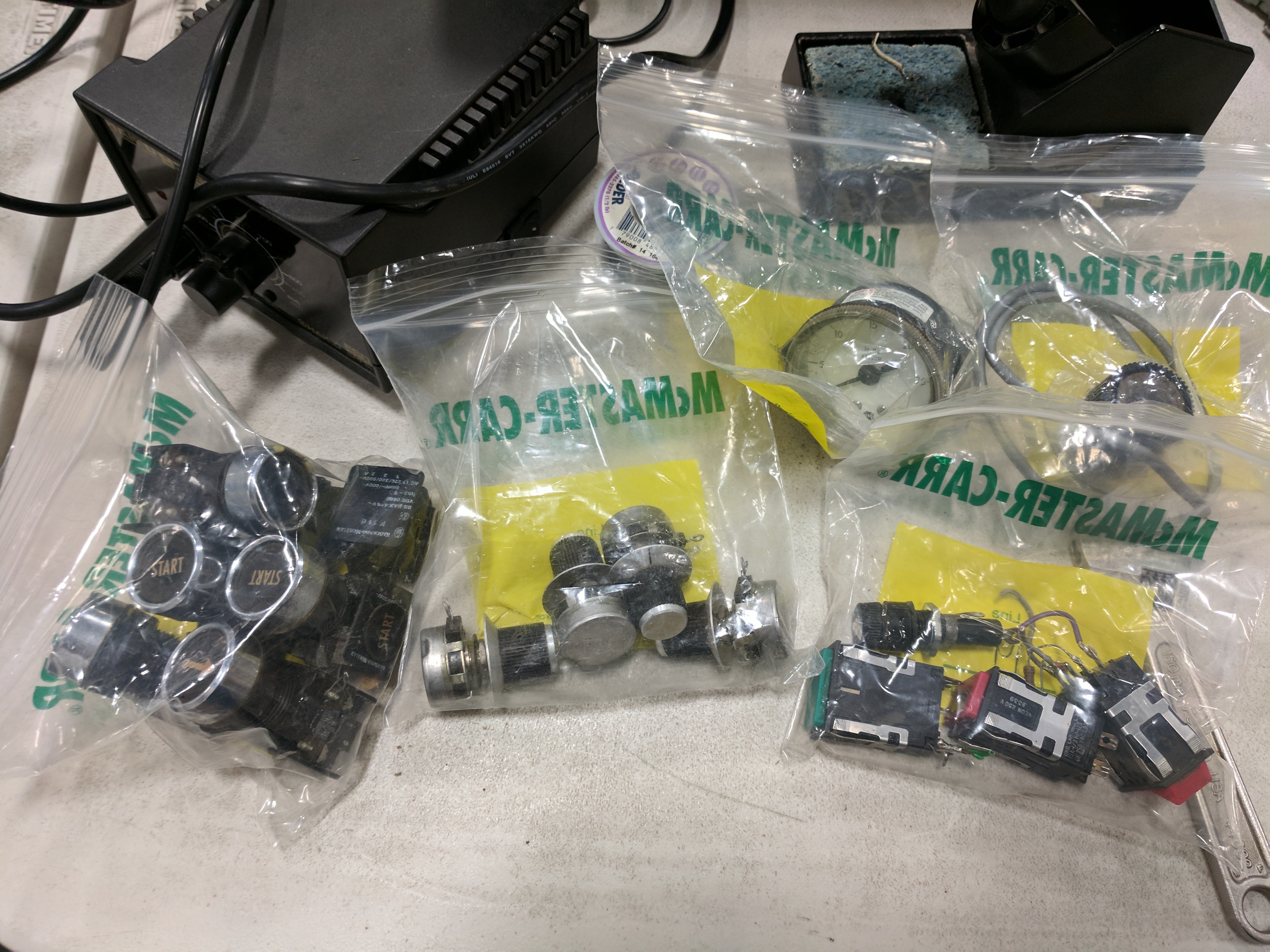