I have developed a program that allows users to convert eye blinks to text. There are many things that I would like to change about the software, but I do have a demo version ready. You can view the demo below.

The user can view themselves with the camera feature.

The user can recite her/his text using the recite button.

I feel that the software would make a good note taking tool for paralysed people. A series of notes can be amassed in the right dialog box. The software speeds up note taking by predicting the next word that the user might blink. The Go/Pause button allows users to start and stop note taking at will. A key goal of the program is that it can be operated with complete independence by paralysed people. With the Go/Pause button the program can be run at the user’s discretion. A computer can be set at the end of the user’s bed/ wheelchair, etc so that they can express themselves as they please.

I had many ideas for the text selection. I was not sure what the most convenient way to select text would be. An acquaintance suggested copying a nine digit cell phone pad. 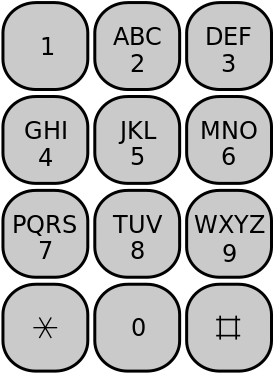 I looked into the Minuum keyboard system, as well.

I learned about the row column method in an unusual way. I was watching a video clip of Breaking Bad, and noticed one of the actors communicate using a text chart. I was disappointed by the nurse not being able to understand the patient. I believe if the man could operate the chart independently,  he would not have that problem.

Currently, the GUI’s Nurse Button has no programmed function. Eventually, I want the user to be able to send their message as a text, email, and/or something else. The Nurse Button is for that purpose.

There are a lot of improvements that I would like to make to the interface. I hope that I can finish all of these improvements before Oct. 16/17.

I would like to make the button font size significantly bigger. Ideally, bedridden patients would be able to use the software by having a computer permanently placed at the foot of their bed. Currently, the text is readable from five feet away with 20/30 vision. Unfortunately, stroke and other diseases that cause paralysis can also affect vision. The software should be accessible to people with poor vision, as well.

I think sound effects would improve the user experience. I tended to keep my eyes closed for longer than needed in the demo. If a sound effect signalled when a blink was detected, I could open my eyes sooner.